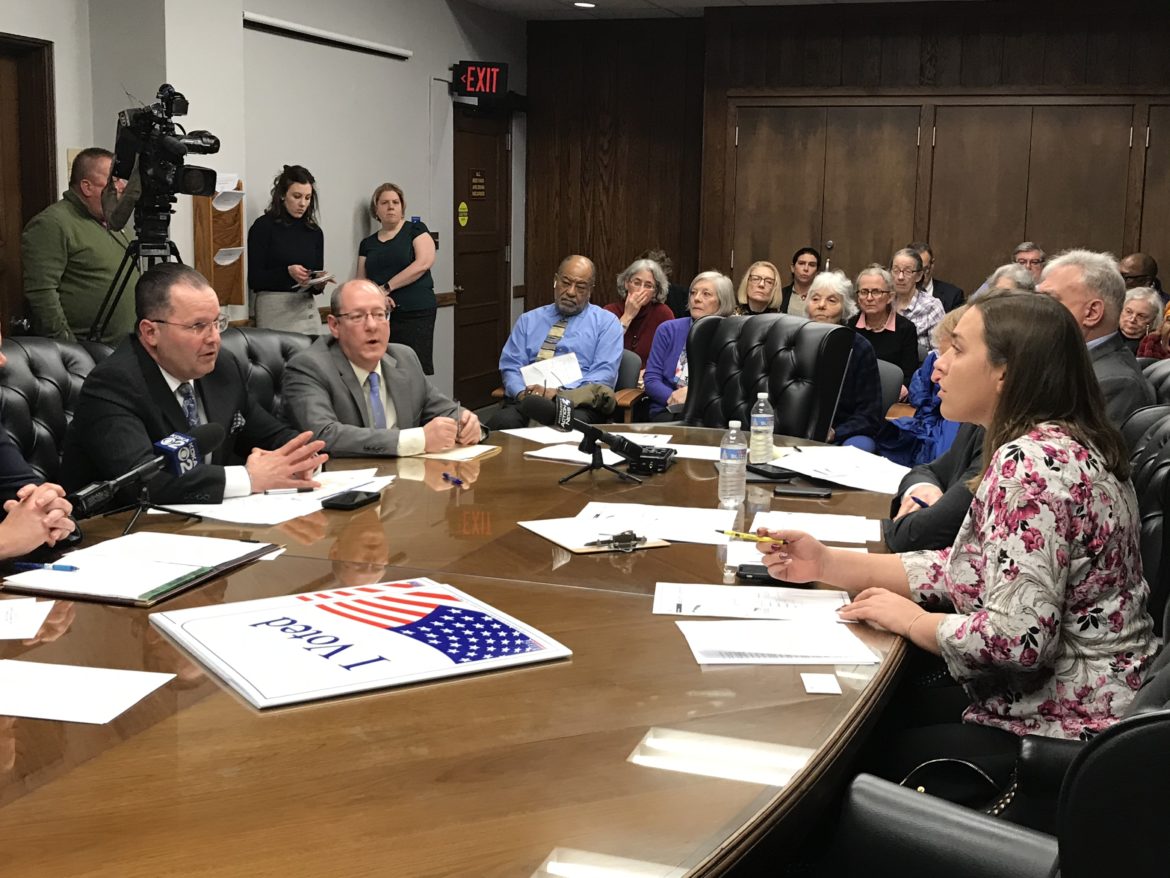 Allegheny County voters came with questions for the Board of Elections on Tuesday — 11 weeks before voters go to the polls for the primary on April 28.

Most of the dozen voters in attendance left feeling fairly satisfied.

“This is a great start,” Juliet Zavon, a Squirrel Hill voter concerned about election integrity, said after the meeting. “We still have many questions.”

The county recently signed a $20 million deal for a new voting system that largely relies on hand-marked paper ballots to comply with a Pennsylvania lawsuit settlement requiring a paper trail ahead of the primary election.

The change has advocacy groups — the League of Women Voters and the Black Political Empowerment Project, among them — concerned about poll worker training and voter education.

Here’s a quick rundown of what was covered at the meeting:

In addition to the 1,650 scanners for the new paper voting system, the county also purchased:

The stickers drew claps from the attendees.

Because voters can return mail-in ballots up until the close of polls, election officials say the public should not expect early results.

The Board of Elections, which includes Fitzgerald and council members Bethany Hallam and Sam DeMarco, typically only meets two weeks before and 20 days after an election. Fitzgerald, however, called for additional meetings to address voter concerns about the rollout of the new voting system.

The county has a website dedicated to answering them: www.alleghenyvotes.com.

Correction (2/12/2020): This story previously misstated information about the timeline for voter education expenditures, the application process for poll workers and the county's removal of inactive voters from its voter rolls.