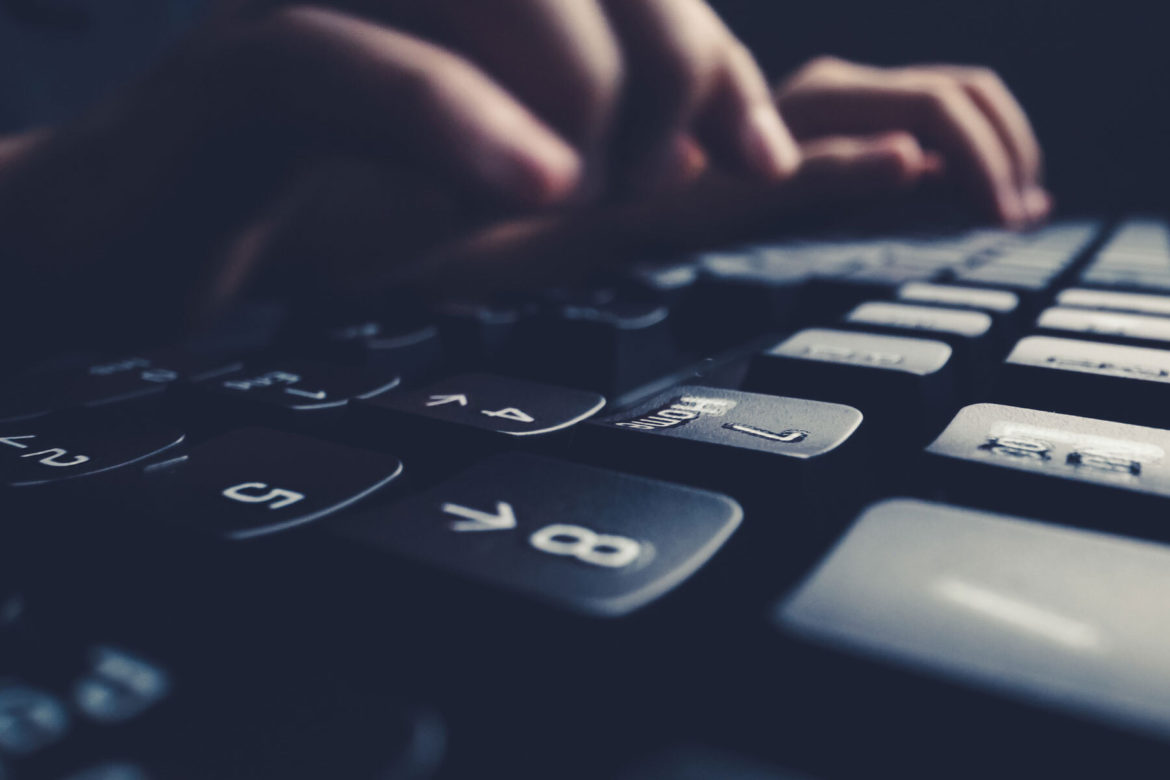 Editor’s note: This story includes a reference to sexual assault and offensive activities by hate groups.

Shannon Foley Martinez was 15 when she became a neo-Nazi.

Growing up in a dysfunctional family, she had always felt like an outsider. The feeling reached a crisis level when, at the end of her freshman year, she was sexually assaulted.

“I took all of this unprocessed trauma and completely pushed it down,” said Foley Martinez, who now helps others leave far-right hate groups. “I felt so worthless. I was just like, who’s worse than the Nazis? They’ve gotta take me in.”

For five years, Foley Martinez immersed herself in the world of the neo-Nazi skinheads. Everything she read and listened to revolved around white power. She attended Klan rallies, posted racist flyers around neighborhoods and associated exclusively with other white supremacists.

Eventually, she moved in with her boyfriend’s mother and became part of their family, playing frisbee in the backyard and going on camping trips. It was a turning point. “I was accepted by this family in a way that I didn’t have to espouse an ideology to belong,” she said. Slowly, her ties to the group fell away. 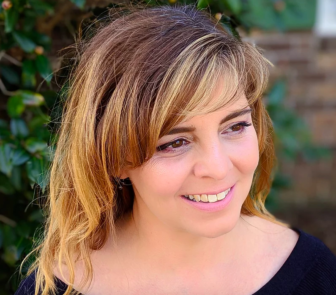 Now, more than two decades later, Foley Martinez helps other people break away from violent ideologies. She’s worked for schools, nonprofits and community organizations and has helped “scores” of people, including some in Western Pennsylvania.

The Capitol riot put white supremacist hate groups back in the national spotlight. But Pittsburgh has long been a hotbed for extremists: In 2018, 11 lives were taken in a shooting at the Tree of Life synagogue in the deadliest attack on the Jewish community in the United States. In November, the FBI called Pittsburgh a “hub” for white supremacy. And according to the Southern Poverty Law Center, many hate groups, including white supremacist groups, are active in the region and other parts of Pennsylvania.

We spoke to Foley Martinez and two Pittsburgh-based experts on extremist groups about the warning signs of radicalization, who’s most susceptible and what to do if you suspect a friend or family member is engaged in white supremacy.

Who’s most at risk?

There are a number of risk factors and warning signs of radicalization, experts said. According to Kathleen Carley, director of Carnegie Mellon University’s Center for Informed Democracy and Social-cybersecurity, people who are socially or emotionally unstable, without families or a secure job, are more at risk. “Certainly there’s this fringe of people who are looking for something to believe in,” said Carley, who since the 1990s has scrutinized the systems that churn out hate speech and disinformation.

Getting sucked into conspiracy theories is also a red flag. People who already believe in one conspiracy are more likely to believe in a second, and so on, Carley said. “It’s harder and harder to get you out of the conspiracy mindset, the more conspiracies you believe in.”

While extremist groups differ in ideology, there are some “striking” similarities among them, said Michael Kenney, a political scientist who studies terrorism and political violence at the University of Pittsburgh’s Graduate School of Public and International Affairs.

Both the Islamic extremists he studies and white supremacists believe their way of life is being threatened, Kenney said. The groups are organized similarly and are each united by a common set of core beliefs but with factions that differ in ideology (for example, Neo-Nazis and Proud Boys). Online organizing is also essential. “The use of social media is very common, and encrypted apps are very common in participants of both movements,” he said.

Foley Martinez said almost every person she’s helped leave a hate group has unprocessed trauma. She pointed to research on Adverse Childhood Experiences, also known as ACEs, which shows childhood trauma is linked to a list of negative outcomes like substance use, mental health disorders and even cancer and diabetes. “If we can connect and start thinking about radicalization and violence or hate as one of those potential outcomes, then it helps get the resources and the framing to people,” Foley Martinez said.

Think all hate group members are “dumb?” That’s not the case, Foley-Martinez said. “A very large percentage of people, particularly young people, they actually want to deeply engage with and grapple with big ideas. And a lot of times, that is part of their pathway in — that need and desire was not being met anywhere else.”

“I felt so worthless. I was just like, who’s worse than the Nazis? They’ve gotta take me in.”

Economically disenfranchised people are also more susceptible to radicalization, Carley said. Still, she said hate groups are composed of “people from all walks of life,” regardless of age, race or gender. “If they were one homogenous group, and they were all poor rural farmers, then how did they have the money to go to all those places [during the Capitol riot]?” Carley said. “Why were some of them staying at [fancy hotels]?”

Kenney said it’s important to remember that holding extreme political views isn’t illegal, nor does it always mean someone will become violent. “If somebody was expressing [extreme] views in a conversation, that could be a sign that they are vulnerable to radicalization,” he said. “Now, that doesn’t mean that person is going to go out tomorrow and try to build a bomb or buy a gun and shoot up a mall.”

How to engage with a loved one who is radicalized

While you might be tempted to debate the merits of your loved one’s beliefs, experts agreed: directly challenging their ideology will likely backfire. “Violent extremist groups bank on people trying to debate them,” says Life After Hate, a nonprofit that helps people leave the violent far-right, in its resource guide for when a loved one sides with white supremacists.

Foley Martinez agreed. Challenging the person’s ideas “tends to cause people to become really defensive and sort of double down,” she said.

Instead, Life After Hate suggests focusing on “what’s happening in the background.” As a starting point, it suggests asking the individual what their new beliefs are providing them. “Find out why,” it reads. “Is your loved one looking for acceptance, safety, confidence, love?”

Kenney emphasized the essential role of trusted family members and friends. “[T]hese people can help show them that there is life outside of these groups. And they can help them realize that maybe some of these ideas, maybe they are a little off,” he said. “And critically, they can do so in such a way that doesn’t push them away.”

Family and friends can also help by providing “breaks from the echo chamber,” said Foley Martinez. Going on walks, watching a TV show together or taking a family trip are all opportunities for the person to temporarily step away from their ideology.

Foley Martinez encouraged establishing boundaries with your loved one. If they continue to engage in harmful language or behaviors,  you may need to distance yourself from them. Even then, she recommends still reaching out from time to time to let them know you still care. “Yes, people need to be held accountable for their actions, but there also needs to be a pathway back,” she said. “If we don’t offer a pathway back, then where is there to go? There’s only darker and more violent places to go.”

Things to keep in mind

With the proliferation of hate speech on the internet, it’s almost inevitable that your child will come across hateful ideas. So start discussing these issues now, Kenney said. “[Help] your children to become critical thinkers when it comes to seeing and absorbing information on the internet.”

Foley Martinez agreed: Don’t wait until your child is already entrenched in white supremacy to have those conversations. “For a lot of white parents, we will see and hear stuff that we’re like, ‘Huh, that doesn’t seem right.’ But we don’t confront it,” she said. If your child says something that seems off, she suggests addressing it right away.

Since no one is asking, here's a starter set of ideas for parents to better innoculate their kids from radicalizing into hate- or violence-based worldviews: Making sure kids feel truly seen and heard, ensuring their voice has genuine agency in their lives 1/

She also recommended helping your children identify the strategies groups use to market their ideologies. For example, “Do your own research” and “Think for yourself” are common QAnon catchphrases. Point these tactics out to your children ahead of time, Foley Martinez said. “They don’t want to be manipulated.”

One last thing to remember: white supremacy isn’t limited to violent extremists. White people have a responsibility to “examine our own relationship[s] with white supremacy” and help others break away from hate, Foley Martinez said. “We want so badly to look at the people who storm the Capitol and scapegoat white supremacy only on its most subversive, violent forms,” she said, “which then recuses us from the work we have to do on our own selves and our own lives.”