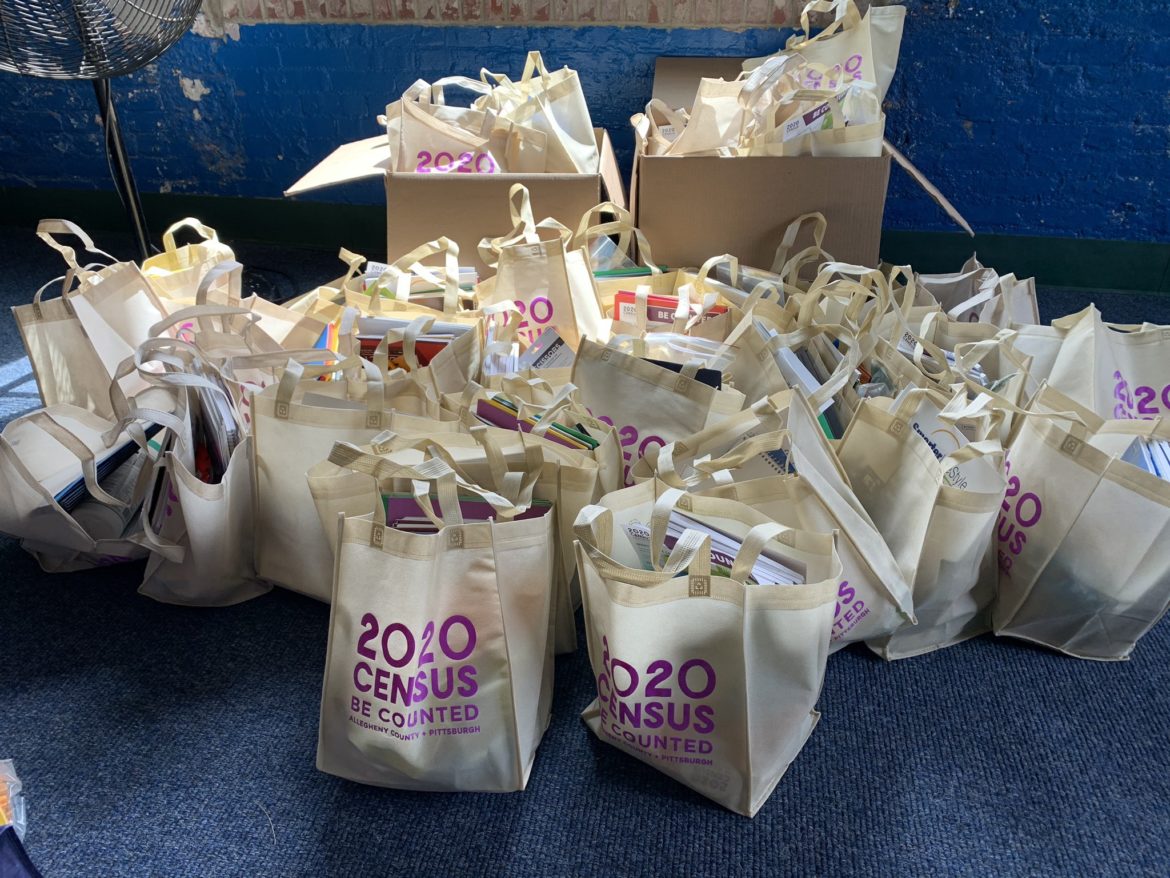 For almost two years, the City of Pittsburgh and Allegheny County have been working together to intensively prepare for the 2020 census. The hardest-to-count populations were identified for targeted outreach; community leaders were pulled in to champion the cause; “census hubs,” where residents could go to have their questions answered, were planned throughout the county.

Perhaps the one thing they didn’t plan for was a pandemic. “We had 150 designated locations throughout the county ready to go, and then the pandemic hit,” said Jessica Mooney, the county’s manager of special projects.

Now, getting a complete count is not only harder — it’s also more vital. Census data dictates federal funding levels to local and state governments for food access programs, affordable housing, health systems and more. Pennsylvania in 2015 forfeited more than $1,700 on certain programs for every person missed in the 2010 census, according to the George Washington University Institute of Public Policy — more than every other state except Vermont. That money would have gone to fund several programs, including Medicaid and the Children’s Health Insurance Program [CHIP].

Census counts could also impact funding for new programs created down the line, as relief and response efforts continue. According to Rob Santos, chief methodologist at the Urban Institute, the census could even impact how much of a future vaccine a community receives. "If in a year or two years from now, we finally have vaccines, the first thing that the public health folks are going to do is they're going to look at the census counts by neighborhood and say, where do we push out vaccines?" he told Business Insider.

Recognizing that the census could be used in unprecedented ways, local leaders are working hard to make sure the county gets a complete count.

“Right now, more than ever, the census is important because of all the kinds of services that we rely on in times of need,” Mooney, who heads the county’s census efforts, said in an interview. “If we want our community to get the assistance it’s going to need to get through this, I think it relies on census data.”

How the pandemic has impacted census response rates locally

The shutdown has — unsurprisingly — impacted census response rates, Mooney said. “We know that people are trying to meet their basic needs, and that understandably takes precedence over everything right now,” she wrote in an email to PublicSource. As of May 12, 65% of addresses in the county had responded to the census — about six points behind the self-response rate for the 2010 census. Because of COVID-19, the final response deadline has been extended to Oct. 31.

What’s more, the gap between communities with the highest and lowest response rates is widening.

Groups that are most likely to be undercounted nationwide include minorities, young children, low-income people, immigrants, people who don’t live in traditional housing and people with limited computer or internet access, according to the U.S. Census Bureau. Throughout the county, targeted outreach efforts also focus on refugees, college students, formerly incarcerated people, veterans and older adults.

As of early May, places in the county with the lowest response rates — such as Oakland, McKees Rocks, Homewood, East Hills, McKeesport and Braddock — had between 60% and 80% of their 2010 response rate.

Why getting a complete count is more crucial now than ever

With additional pandemic recovery programs likely on the horizon, having complete counts could become even more crucial for local and state governments seeking funding.

“Here we sit in the largest health disaster we’ve ever had, a pandemic, and the distribution of federal funding is often determined by census allocation,” said Mary Phan-Gruber, CEO of the Jefferson Regional Foundation, which spearheads census efforts in areas south of Pittsburgh.* “So we have an important opportunity to make sure those things are tied together.”

In addition to determining congressional representation and redistricting, a slew of federal programs use census data to allocate funding. According to the George Washington University Institute of Public Policy, Pennsylvania in 2016 received $39 billion in funding for 55 programs, from free school lunches and Supplemental Nutrition Assistance Program [SNAP] benefits to federal student loans and highway construction.

Michelle Sandidge, chief community affairs officer for the Housing Authority of the City of Pittsburgh, said the census is important for “any low-income program,” including Section 8 and Low-Income Public Housing.

To fill out the census online, visit the U.S. Census Bureau website.

“I don’t think people really understand the benefits that they get from the census,” Sandidge said. “Even your school benefits and things that we take for granted all come from the census, including the public housing that you receive.”

Pennsylvania says it receives roughly $2,000 in federal funding per resident each year.

“If we missed a family of five in our area, that would be $100,000 of federal funding that our area would miss over the next decade,” Phan-Gruber said.

That doesn’t account for additional programs that could be created down the line in response to the pandemic. The Federal Emergency Management Agency relies on census data when formulating relief and recovery efforts, and funding for health care, including community mental health services and free medical clinics, also relies on census data.

Despite how unexpected the COVID-19 pandemic was, the country knew to turn to the census to guide relief efforts,  said Feyisola Akintola. As the the special initiatives manager in Pittsburgh’s Office of Equity, Akintola is leading the city’s census efforts. “If this doesn’t serve as an awakening for us, then it’s unfortunate. We need to count. Because it matters more than even what we know,” she said.

How local outreach efforts have shifted 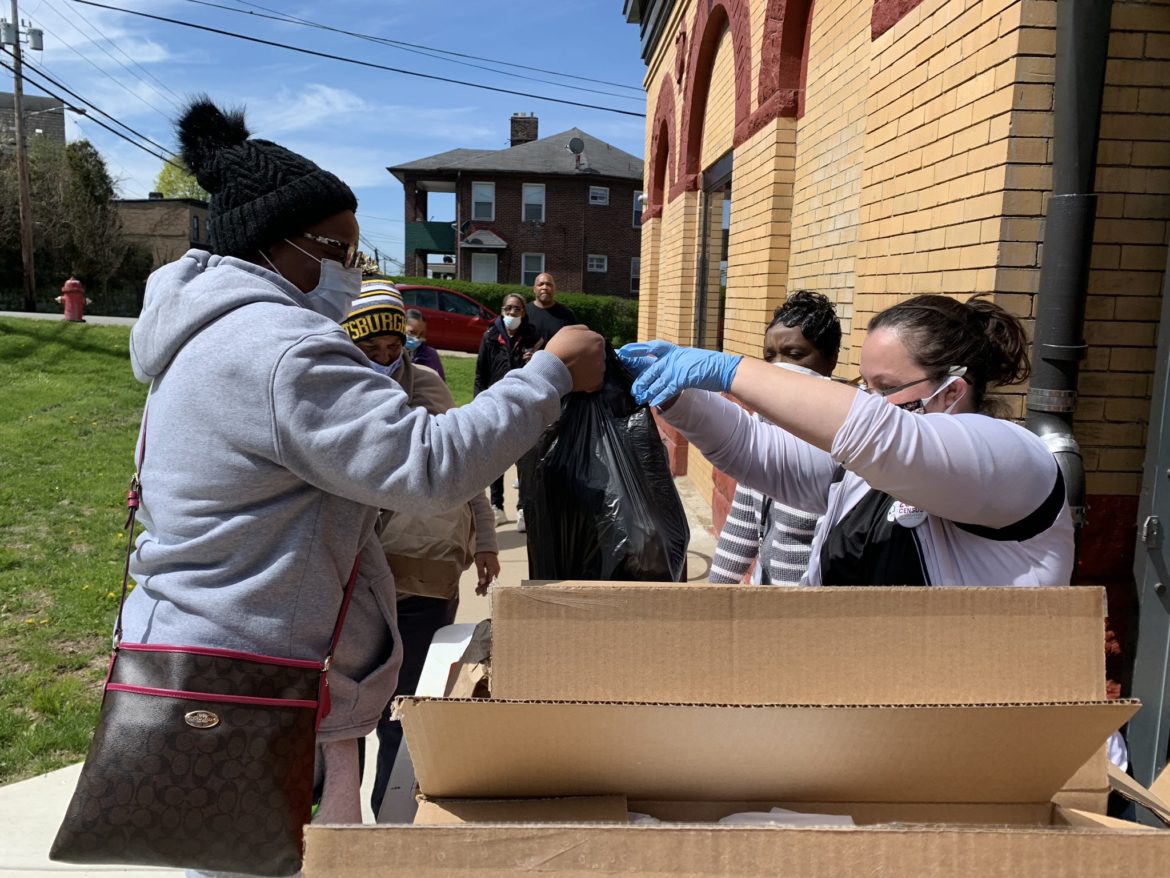 Due to COVID-19-related shutdowns, Mooney said the county has had to drastically change its outreach plan. Prior to the shutdown, a core component of outreach efforts were census hubs — locations throughout communities, like libraries, nonprofits and social service agencies, where residents could go to ask questions and get help filling out the census.

The county and its community partners quickly switched tactics. Virtual outreach tactics were created, like a “census day” social media challenge on April 1 and a digital toolkit with resources to help spread the word. Organizations initiated call and text message banking asking residents to complete the census.

In-person efforts were shifted to try to meet people where they are. The city and county census team partnered with food distribution centers to hand out census information to residents as they pick up provisions, and information is being posted in ethnic grocery stores and other community spaces that remain open. “People are finding unique ways,” Akintola said.

The shutdown has made counting Pittsburgh’s large number of college students uniquely challenging. Census information was sent out in mid-March, around the time when local colleges began telling students to pack their bags. “These things hit the mailboxes just as [students] were leaving,” said Bob Gradeck, project manager of the Western Pennsylvania Regional Data Center and member of the Allegheny County-City of Pittsburgh Complete Count Committee.

The U.S. Census Bureau has instructed students to reply to the census using the address where they were planning to live on April 1, regardless of whether they moved elsewhere. As Gradeck wrote in a recent presentation for students, “Pretend like none of this ever happened.”

In mid-April, every address that had not yet responded was mailed a paper response form.

But will it be enough? Mooney and Phan-Gruber both voiced concerns about reaching households without internet or computer access, as this is the first time the census can be completed online. “Not everyone has access,” Mooney said. She still holds out hope that before the October deadline arrives, the in-person census hubs can be opened as originally planned.

Until then, the push for a complete count continues. It’s great to see how far the county has already come, Akintola said, “but we still have a long way to go.”