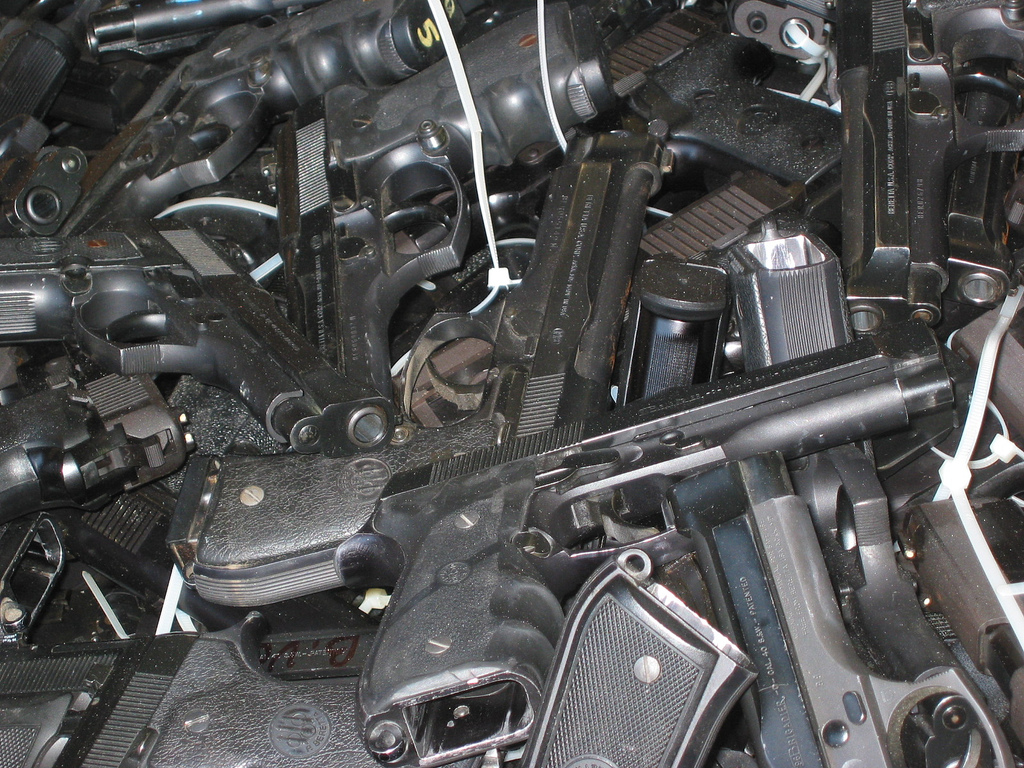 When Pittsburgh police officers seize guns, they usually aren’t taking the firearms from their lawful owners, according to a new study.

The University of Pittsburgh Graduate School of Public Health analyzed 762 cases from 2008 in which a gun was recovered by the Pittsburgh Bureau of Police Firearm Tracking Unit. Nearly 80 percent of suspects carrying a gun recovered by city police hadn’t legally purchased the firearm, researchers found.

The results show “a strong indication that theft and trafficking are significant sources of firearms involved in crimes in Southwest Pennsylvania” and presents an opportunity for public health and law enforcement to work together to reduce violent crimes involving guns, according to a press release on the study.

"Homicide by firearms continues to rank among the leading causes of death for young people in the U.S.," lead author Anthony Fabio, an assistant professor of epidemiology at the university, said in a statement. "Given the pandemic threat in the United States of firearm violence, immediate improvement in firearm surveillance is needed to save lives.”

There are more than 300 million guns in the United States — that’s about twice as many guns per capita in the country as there were in 1968, according to the Congressional Research Service.

Gun sales have ballooned in recent years. U.S. gun manufacturers produced about 11 million guns in 2013, which is double what they made in 2010, according to a Bureau of Alcohol, Tobacco, Firearms and Explosives report.

According to Pittsburgh Police data, 88 percent of homicides in Pittsburgh from 2010 to 2015 involved a firearm.

Firearms that had been reported stolen before being found by police were owned by women about 17 percent of the time. That number climbs to about 19 percent for guns reported stolen after being recovered by police.

"The disparity we found in firearms reported stolen by women may be due to girlfriends and spouses making straw purchases for their male partners,” Fabio said. “But the overriding issue here is that these numbers are just estimates. Even police departments do not have the resources to accurately and consistently track firearms used in illegal activities."

The researchers recommended more public education about how to safely store firearms and systematic” collaboration between public health experts and law enforcement to reduce violent crimes and to improve access to data on guns.