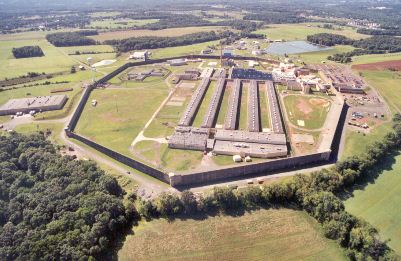 Nearly a quarter of state inmates are known to have mental health problems, he said. Roughly 70 percent suffer from drug or alcohol addiction.

“That’s an expensive, inefficient and arguably ineffective way to get someone drug and alcohol treatment,” Wetzel told PublicSource.

It’s too early to know the outcome, but Wetzel is hopeful Gov. Tom Wolf’s Medicaid expansion will mean more Pennsylvanians get treatment instead of showing up in prison.

Currently, drug addiction costs the state roughly $5.3 billion each year, and drug treatment providers routinely struggle for funding in the midst of a statewide heroin crisis.

Even so, the Department of Corrections said all three of the measures that show when ex-offenders break the law or violate parole have dropped.

At 19 percent, the six-month recidivism rate – which measures the percentage of offenders who violate parole or reoffend after prison – is the lowest ever recorded, according to the prison system.

That rate dropped 5.1 percentage points from the previous year.

The newest recidivism rate after one year showed a similar drop, and the current three-year rate is also the lowest ever recorded, the department said.

Wetzel said the new rates show the success of the Justice Reinvestment Initiative, which was created to expand non-prison punishment for drug and alcohol offenses, keep parole violators out of prison and reduce the number of low-level offenders sentenced to prison time. Although Wetzel brags about the current quality of prison mental health care, the department has a less-than-sterling record on the issue and recently settled a lawsuit filed by the Disability Rights Network over the treatment of mentally ill inmates, also the subject of a highly critical investigation by the U.S. Department of Justice.

The state prison system says lower recidivism rates match a drop in the statewide crime rate and a decrease in the population of the state’s overcrowded prisons.

While Wetzel is pleased with the latest numbers, rates have dropped in the past only to spike again.

So, this time, will the positive trend continue?

“Who the hell knows really,” Wetzel said. “All three are headed in the right direction.”