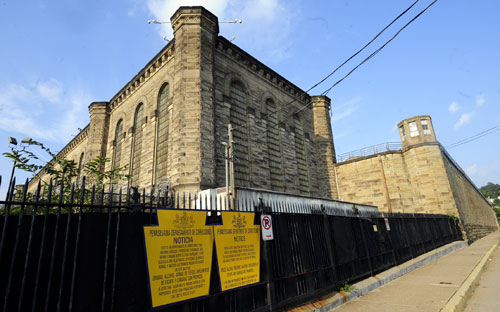 The inquiry into alleged physical and sexual abuse at State Correctional Institution Pittsburgh was ushered into court by the Department of Corrections’ Office of Special Investigations and Intelligence, or internal affairs.

Because the state’s Right-To-Know Law shields most prison operations from public scrutiny, internal affairs is, in many ways, the only entity holding accountable a $1.9 billion state prison system that employs some 16,000 and incarcerates more than 51,000.

Though prisons are full of watchful eyes, proving a charge of abuse inside the walls is difficult, in part because prison is a place rich in gripes, and poor in credible people who are willing to back them up.

Studies by the Federal Bureau of Justice Statistics have found that charges of sexual misconduct or harassment by prison staff against inmates — such as the accusations against suspended SCI Pittsburgh corrections officer Harry F. Nicoletti — are particularly difficult to prove and very rarely result in convictions.

This story is part of the series: Did investigation of prison guards go too far?

The bureau found that an estimated 20 percent of staff involved “in substantiated incidents of staff sexual misconduct” were arrested and 37 percent of those were referred for prosecution. Only 3 percent were charged, convicted or indicted.

Commenting on these numbers in an email, Paul Wright, editor of Prison Legal News, wrote, “Predatory prison and jail employees are the sex offenders everyone in a position of power likes to coddle.”

Martin F. Horn, a former secretary of the Department of Corrections who is now a distinguished lecturer at John Jay College of Criminal Justice, identified several aspects of prison culture that drive those numbers.

“With respect to sexual wrongdoing, you’ve got a very powerful disincentive,” he said, “about admitting that you’re a victim of male rape. So that creates a tremendous incentive for inmates not to report.”

Another obstacle to reporting: The “don’t snitch” credo of the street is doubly strong in prison, and even bars finking on guards.

Prisoners who cooperate with internal investigators almost always want something in return, according to a former Department of Corrections staff member with intimate knowledge of internal affairs. Often it’s a transfer to a prison closer to relatives, or a recommendation they can show to the Department of Probations and Parole.

Any arrangement between law enforcement and inmate accusers can make it easy for defense attorneys to paint the victim as biased, said Chris Sanchirico, a professor at the University of Pennsylvania School of Law and expert in evidence. “The idea is, this person cut a deal, this person wants to do what the prosecutor wants them to do, so that they’ve upheld their side of the bargain and get what they were supposed to get.”

Pittsburgh’s internal affairs, which employs 28 in Pittsburgh and Camp Hill offices, has pressed charges in 60 cases against prison employees and inmates since 2005. The cases rarely brought more than probationary sentences. In 12 of those 60 cases, a defendant landed behind bars.

The SCI Pittsburgh inquiry “was to be a showcase of what [Mr. Barnacle] could do,” said a former departmental staff member with intimate knowledge of internal affairs’ operations.

“It is entirely possible that [Mr. Barnacle] and others involved in the [SCI Pittsburgh investigation] are primarily out to advance their careers,” said Bret Grote, organizer with the Human Rights Coalition, which publicizes Pennsylvania prisoner abuse allegations.

“In the past, the coalition has provided far more extensive documentation about severe abuse — often amounting to torture at [other state prisons] — than prompted their investigation into SCI Pittsburgh,” Mr. Grote said. “In none of those cases did [internal affairs] conduct a serious investigation, and often they didn’t bother to investigate at all.”