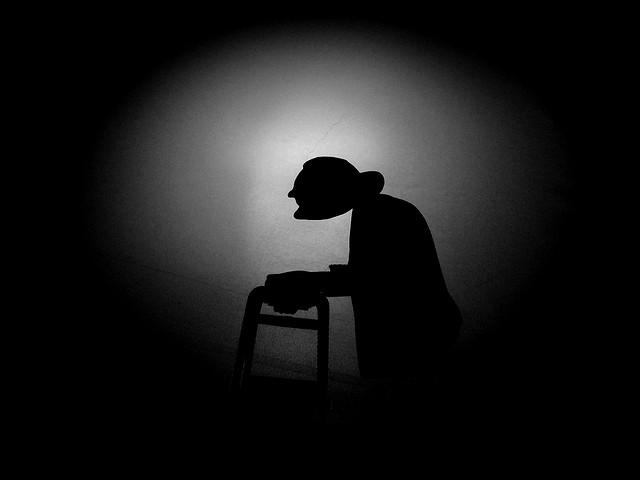 It’s probably an understatement to say life in prison is hard on the body. Officials and advocates have for years said that inmates seem to age at an accelerated rate, though the classification of inmates as elderly is wildly inconsistent between states.

As the Marshall Project notes, a 2010 study from the Vera Institute found that states started classifying inmates as “older” at either 50, 55, 60, 65 or 70. That’s a 20-year scattering for when institutions claim to see health problems from aging.

In Pennsylvania, inmates are classified as geriatric at age 55. The state has a dedicated medical prison, SCI – Laurel Highlands, that in many ways resembles a nursing home. Aging prisoners commonly suffer from diabetes, cancer, liver disease and heart problems.

So why do prisoners seem to age faster? A federal study from 2004 said aging can be accelerated by the stress of prison life, poor health history, drug and alcohol withdrawal and other problems, according to the Marshall Project.

According to the Marshall Project:

Nationwide, the population of state and federal inmates age 50 and older roughly tripled between 1992 and 2001, according to the nonprofit website’s report.

This has resulted in surging healthcare costs and the need for additional resources for things like hospice care and facilities friendly to the elderly.

At the same time, advocates have argued for the increased use of compassionate release, saying that old men pose little public safety risk. Such release is rarely granted in Pennsylvania.

The federal compassionate release system has also been widely criticized for being slow-moving and inconsistent.

While prison can have a major impact on health, exactly when individual inmates start seeing health problems can vary greatly.

Dr. Brie Williams, a medical researcher at the University of California, San Francisco, said it’s probably more useful to classify inmates based on signs of their health, rather than age, according to the Marshall Project.

And some aging men actually seem to do better in prison.

“There is a small pocket of older adults doing better than you'd expect, because there are physically four walls around then,” Williams said. “Just like in the regular community, you have a few people in their 70s who can run a marathon. Age is just a number.”