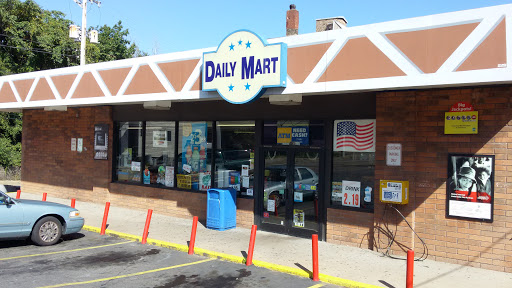 If you peered behind the counter of Muhammad Irfan’s small convenience store about 10 years ago, you would have seen him or one of his employees from the Allentown neighborhood selling sodas and cigarettes to customers.

But today, it’s Irfan and his two brothers — originally from Pakistan — who stock the shelves with snacks and stand at the cash registers. Why the change?

“Because family is more close to me and they’re more trustworthy,” Irfan explained. “Plus this is a family business and the family has an interest in it. We have family members and they need jobs, so we give them jobs.”

While people from South Asian countries are in the minority in Pittsburgh, Irfan’s decision to hire his family members rather than more people from the neighborhood is a practice that has made workplaces here less diverse than those in other cities.

But employers hiring people in their own circles is just one piece of a larger reality that Pittsburgh’s workplaces are simply not diverse. In a report released earlier this year, the nonprofit Vibrant Pittsburgh found that minorities here and across Southwestern Pennsylvania hold fewer jobs and lower paying jobs than white people.

But how this reality came to be and how to fix it is now the subject of a city and county effort to ensure that minorities and people of color have the same opportunities as their white counterparts.

How did the city get this way?

As a general trend, people who study race in Pittsburgh point to early 20th century segregation and the collapse of the steel industry as chief causes for the city’s lack of workplace diversity.

As the steel mills closed in the late 1970s and early 1980s, people began to leave the city in droves in search of work elsewhere. The lack of jobs available after mills closed similarly caused few people to move back into the city. And those jobs that were available tended to go to people who employers already knew — a type of sociometry, according to Larry Davis.

“You have to make significant efforts to hire black people and minorities."

Davis, a professor at Pitt’s Center on Race and Social Problems, said this type of sociometry is a way to study how people interact with one another. Because employers were giving the available jobs to people in their own networks, which tend to be naturally less diverse, workplaces too became less diverse.

“You have to make significant efforts to hire black people and minorities,” Davis said. “Some of it is racism — I don’t want to take that off the burner — but it’s residual racism. [Employers] are not going to go up into a black neighborhood and ask, ‘OK, who can I hire?’”

Melanie Harrington, the president and CEO of Vibrant Pittsburgh, said the job loss in Pittsburgh in the 1980s caused the city to miss out on an influx of minorities in the ensuing decades. Doug Heuck, director of Pittsburgh Today and co-author of the report with Harrington, crunched the census numbers and said the country’s Hispanic population increased five-fold and the Asian population doubled from 1970 to 2010. But very few of those people moved to Pittsburgh.

“A number of people say the significant population decline caused this region to miss out on the Great Migration of minorities moving into the country,” Harrington said. “People would say, ‘Leave and don’t come back.’ What happened was we missed out on a whole generation. That generation settled elsewhere.”

Like Davis, Harrington said this dearth of jobs and people caused residents of the region to form tightknit groups and only hire people who they knew.

But Pittsburgh’s lack of workplace diversity isn’t a new problem, Davis said, or one caused solely by the collapse of the steel industry. In reality, he said, Pittsburgh’s workplaces had been segregated long before the 1970s and 1980s. In the earlier part of the 20th century, even as Pittsburgh welcomed black baseball players long before other clubs did, black people still worked at dirtier factories and held lower paying jobs than white people.

Much like Americans becoming aware of police brutality because of the rise of cell phone cameras and social media, people in Pittsburgh are simply more aware of the lack of diversity here than they were in the past.

“It’s not that we’ve gotten someplace. It’s not so much that things have changed. We’re just more aware,” Davis said.

‘A call to come together’

To understand how Pittsburgh became less diverse, you have to consider several factors that paint a complex and dynamic picture of the city, Heuck said.

The people who left Pittsburgh upon the collapse of the steel industry tended to be younger than those who stayed, he said, causing Pittsburgh’s average age increased.

Most of those people were Baby Boomers, the generational cohort born between the mid 1940s and the mid 1960s, a group that is now beginning to retire. The city has an incentive then, Heuck said, to hire younger and more diverse people not only because it’s the “right” thing to do but also because there won't be enough workers to fill all of the jobs in Pittsburgh if it doesn't.

While people from other towns and cities will naturally move in as more jobs open up, Heuck said this natural phenomenon won’t fill all of the open positions.

“The concern is that the slack won’t be taken up by the fluid job market,” he said. “That’s why there’s a regional effort, aside from people saying it’s the right thing to do.”

To diversify the region’s workforce and workplaces, Heuck said the city and county must accomplish three things: provide jobs that people want, have an affordable place for them to live and offer competitive wages compared to other regions.

We need to be a place that is attractive to people of all backgrounds."

To this end, the Housing Authority of the City of Pittsburgh said it has committed to opening up 1,000 units of affordable housing within the next 10 years in neighborhoods like the East End, the Hill District and the North Side. And programs like My Brothers Keeper aim to bolster housing and economic opportunities for young black men, while the city has taken on other efforts to boost the status of Hispanic entrepreneurs, according to city spokeswoman Katie O’Malley.

At the county level, Chief Executive Rich Fitzgerald said he makes a concerted effort to hire a diverse group of people to work for him directly. Since Fitzgerald took office in 2012, the county has hired 2,237 people; 73 percent are white, about 25 percent are black and the rest are Hispanic, Asian or another race.

But Fitzgerald also says he’s worked to invest in communities such as the Hill District and East Liberty by improving roads and transportation and incentivizing businesses to open up there. Such efforts are vital to raising property values and can give the neighborhoods a visual sense of improvement, all things that encourage growth, he said. Allegheny County has also worked to make sure businesses owned by minorities have equal opportunities to win county contracts for things like road and bridge repairs.

According to Fitzgerald, the city, county and other groups, like the Allegheny Conference on Community Development, are all looking for ways to create jobs in the region's schools, hospitals and other industries.

Harrington, too, said employers in the region need to take on the initiative to hire a more diverse workforce.

“We need to realize this is an opportunity. We need to be a place that is attractive to people of all backgrounds,” she said. “It’s a call to action and it’s a call to come together.”

But diversifying Pittsburgh and Allegheny County, as Fitzgerald put it, isn’t a short-term project.

“I don’t think this is something you can say, OK, we’ll be done at the end of the year or we’ll be done in two years,’” he said. “This is an ongoing process.”