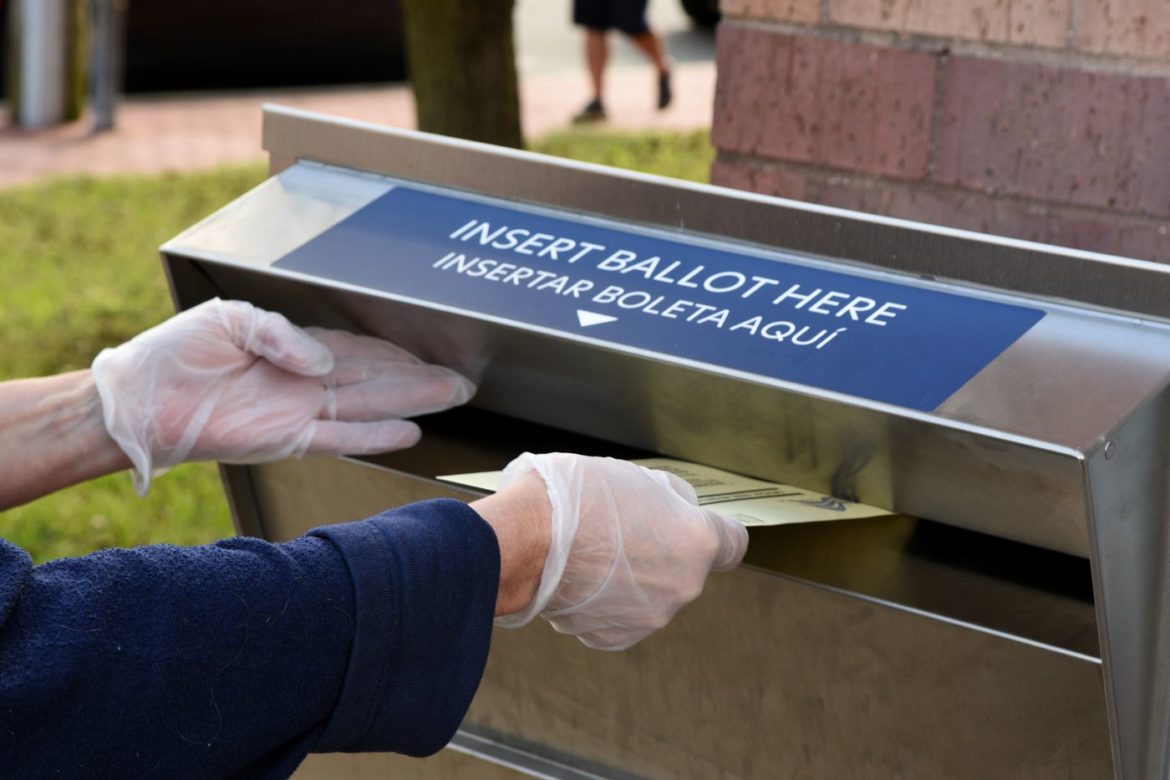 This article is made possible through Votebeat, a nonpartisan reporting project covering local election integrity and voting access. This article is available for reprint under the terms of Votebeat’s republishing policy.

HARRISBURG — On its face, it seems harmless. A family member, friend, or volunteer from a community group offers to take your ballot to a drop box or county office, maybe because you don’t have a car or have trouble getting around on your own.

But in most cases in Pennsylvania, so-called “ballot harvesting” is illegal. Only a voter can mail their ballot or return it in person, unless they have a disability and officially designate someone to do it for them. A violation could land you a misdemeanor with up to a year in jail or as much as a $1,000 fine.

So what’s the big deal?

Those opposed to ballot harvesting raise concerns about the intentions of the person collecting the ballot. Someone might be politically motivated to make sure the ballots never reach their destination, for example.

Derek Muller, an election law professor at the University of Iowa, said the term “ballot harvesting” is often used pejoratively, especially by Republicans. Long opposed to mail-in voting, the GOP has said it opens the door for party activists and campaigns to tamper with ballots or coerce voters without oversight because it’s done privately, away from the polls.

Much of President Donald Trump’s rhetoric this election season has centered around falsely claiming that adding more voting sites — including drop boxes like the ones installed in some Pennsylvania counties — would lead to widespread voter fraud. The Trump campaign has gone so far as to videotape Philadelphia voters depositing multiple ballots in drop boxes, The New York Times reported.

In response, a solicitor for Philadelphia noted that, while third-party delivery is generally prohibited, “voters who require assistance delivering their ballot may appoint an agent to do so.”

Ten states allow a family member to return a ballot for a voter, and 26 states allow a voter to designate someone to return their ballot, although 12 states have limits on how many ballots someone can submit, according to the National Conference of State Legislatures.

While it can seem like a harmless service — a neighbor offering to take your ballot to the post office along with his, for instance — there is potential for abuse.

“Ostensibly it seems like a good neighbor. But the point is we have the rule in place because we don’t always have good neighbors,” Muller said.

In a 2018 North Carolina congressional district race, for example, a Republican political operative was indicted for allegedly paying workers to collect completed ballots, and the election results were thrown out.

The Heritage Foundation, a conservative think tank, found four cases of voter fraud related to absentee ballots in Pennsylvania over the past 21 years.

With Pennsylvania instituting no-excuse mail-in voting for the first time this year, there’s been more scrutiny — from Trump and GOP officials who have filed lawsuits, to voters calling election officials with questions — around how ballots are passed from hand to hand before they’re counted. So far, more than 3 million people have requested ballots to vote by mail.

For many counties in Pennsylvania, a mail-in ballot’s life begins at a printing facility run by third-party vendors like Arizona-based Runbeck Election Services and Ohio-based Midwest Direct, which recently came under scrutiny for accidentally sending nearly 29,000 ballots to the wrong people in Allegheny County.

The vendors receive the electronically designed ballots from the counties and print, fold, stuff, sort, and mail them in the weeks leading up to the election, mostly on high-powered machines.

Jeff Ellington, president and COO of Runbeck Election Services, said his employees, who must pass background checks, are usually handling the ballots in bulk, with workers moving stacks of them from the printing press to a machine that folds the ballots and stuffs and seals the envelope, to the sorting area and finally to trays that are shrink-wrapped onto pallets.

“Because most of it is handled kind of in bulk, it’s one person touching very big groups of mail. There’s not a lot of people that get their hands on it,” Ellington said.

After the mail carrier puts the ballot in your mailbox, you’re the only one who can fill it out. If you have a disability that prevents you from picking up a ballot and returning it to the county Board of Elections, you can designate someone else to do it, and the designee must certify they haven’t altered or marked the ballot.

If you’re mailing your ballot, it’ll get picked up by the mail carrier and taken back to the post office, where it will typically be run through a machine that adds a postmark and cancels the stamp, Lewis said.

Once the ballot is returned to the county Board of Elections, an election worker scans the unique voter barcode on the outside of the sealed envelope. They then check that the declaration on the back of the envelope has been signed, and that ballot is stored with others until Election Day.

Starting at 7 a.m. on Nov. 3, county employees can begin opening the outside return envelope with the voter’s information on it — either by hand or by running it through a machine — and separating it from the secrecy envelope with the ballot. They will then open the secrecy envelope, pull out the ballot, flatten it, and stack it with other ballots to be placed in a scanner that eventually counts all the ballots when the polls close.

In Lycoming County, where more than 15,000 people have requested a mail ballot, elections director Forrest Lehman said his staff will be working in pairs on Election Day to process and scan them.

“It’s good for quality control and accountability,” he said. “Nobody is with a ballot by themselves.”

So far, nearly 50% of the ballots that headed out the printing facilities' doors have been returned to county boards of elections, waiting to complete their final leg of the journey.

Alert from PublicSource for Allegheny County voters: The Elections Division Wednesday reminded voters that "ballot return is available until Election Day in the lobby of the County Office Building from 8 a.m. to 8 p.m. daily. On Election Day – Nov.3, 2020 – the lobby will open at 7 a.m. for ballot return."