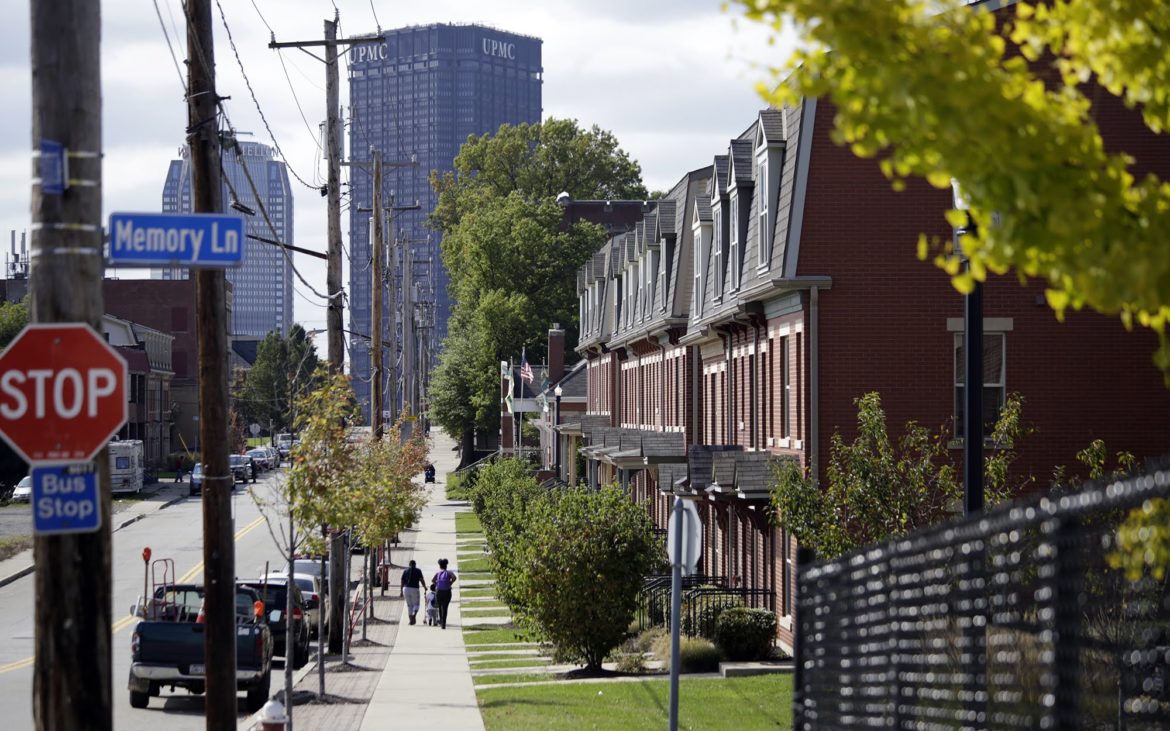 A 2017 photo of the Bedford Hill Apartments in Pittsburgh’s Hill District. (Photo by Ryan Loew/PublicSource)

Update (3/20/20): The Housing Authority of the City of Pittsburgh on Thursday evening closed its offices and scaled back its operations to comply with guidance on the novel coronavirus crisis coming from health and public safety officials. Authority employees will continue to "provide remote services" by phone and email, according to a press release.

Most social services provided by the authority or by organizations on its behalf are on hold, as are tenant meetings. Common areas in its communities are closed.

The authority board's March 26 meeting will be held remotely and will be streamed online. Instructions on viewing the meeting are to be posted Monday on the authority's website, according to the release.

The Allegheny County Housing Authority has similarly indicated, on its website, that its offices and community rooms are closed, and it is "restricting" gatherings in its residential building lobbies. Authority staff are still answering phones, emails, faxes and mail, and on any given day 30 to 40 employees are cleaning and sanitizing. The county authority’s board has canceled its March 20 meeting.

The COVID-19 coronavirus is believed to be especially dangerous to the elderly and people with chronic health conditions, and that has public housing providers worried. Resident leaders are concerned, too, about the effect of the shutdown and resulting anxiety on their communities.

"Northview's been in extreme poverty for a long time," Marcus Reed, president of the tenant council in Northview Heights, said Monday. The complex is the city’s largest public housing community, and he noted that a big part of the population consists of refugees. "[T]he virus does place stress on the community because we're already short on the things we need. This makes it even shorter."

The county authority on its website promises “to work with our residents who may have their working hours reduced due to the COVID-19 crisis.”

That pledge is consistent with guidance from the U.S. Department of Housing and Urban Development [HUD] that authorities continue their usual practice of adjusting rents to accommodate changes in income.

The guidance also indicates that HUD “at this time” isn’t increasing rent subsidies, paying for COVID-19 testing for housing authority residents or employees or covering expenses related to the creation of emergency plans. HUD's guidance says emergency plans can cover short- and long-term quarantines, use of protective equipment, connecting residents to grocery delivery services and other measures.

All of the area housing agencies reached for this story said they’re upgrading cleaning and disinfecting activities. None are locking down buildings, as some nursing homes are. “There are always home-care aides and social workers who come to the buildings for the benefit of the resident,” explained Frank Aggazio, executive director of the Allegheny County Housing Authority, and there would be consequences to shutting off those services.

They are taking other steps to keep the coronavirus at bay while meeting residents’ needs. Here’s what we know about measures other local low-income housing providers are taking to reduce the risk from COVID-19. We’ll update this as information comes in.

Update (3/23/2020): This story was updated to include information on AHRCO's response.

Update (3/20/2020): This story was updated to include new information from local housing agencies, and resident demographic information from the Housing Authority of the City of Pittsburgh.

Update (3/16/2020): This story was updated to include new information from local housing agencies.

Correction (10/2/2020): A photo caption for this story misidentified the manager of the Bedford Hill Apartments.

PublicSource will update this story as other housing agencies report on their efforts, and as responses to the crisis evolve.