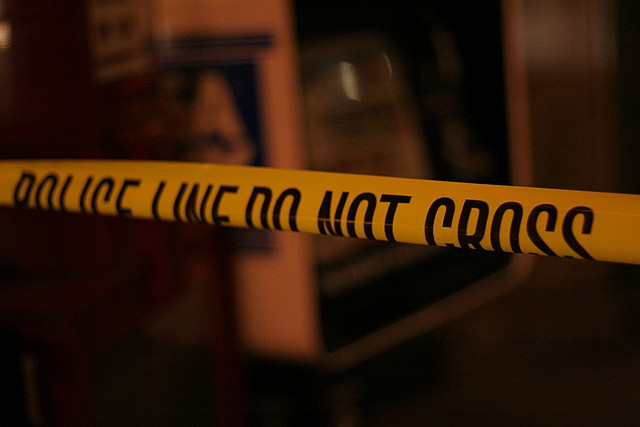 Baltimore had its deadliest year in history.

While the homicide total has historically been higher (353 homicides in 1993), 2015 had the highest per-capita murder rate, at 55 for every 100,000 residents; the city’s population has dropped, the Times reports.

Experts have not pointed to a single, dominant reason for this rise in homicides in Baltimore, nor have they definitively established any kind of causal link between the unrest in April after Freddie Gray’s death and the increase in killings. Some pointed to pre-existing disparities in the city. Others in Baltimore suspected that the police stood down after the unrest associated with Freddie Gray’s death — an assertion the department has categorically denied.

In Baltimore, 93 percent of homicide victims were black. Roughly 30 percent of all 2015 murders have been solved. That’s down from about 45 percent in 2014.

Experts disagree on the cause of increased violence in several other cities.

Some say it has spiked in part because police in many areas have been less aggressive in the face of widespread criticism, the so-called “Ferguson effect.” Others refute this, saying increases are isolated, not a national trend.

Writing for the Marshall Project, scholar and former Justice Department official Thomas Abt said a 14.6 percent jump in homicides in the country’s 25 largest cities would be the biggest one-year increase in at least 55 years. The Brennan Center, refuting the notion of a national crime wave, had said that the murder rate is still extremely low, compared to the past.

[W]hile local rates of violence often fluctuate, national rates are more stable, and the Brennan Center’s own data shows that murder is up in 18 of 25 of the nation’s largest cities.

Abt’s piece was somewhat directed to Heather Mac Donald of the Manhattan Institute, a conservative think tank. Mac Donald and Abt didn’t agree on the matter previously, and they still don’t.

In Pittsburgh, homicides were down in 2015. However, local officials are not claiming victory. With 56 murders, the year is still above average, even if it shows improvement from the sudden spike of 70 homicides in 2014.

Roughly half of Pittsburgh’s homicides since 2010 remain unsolved.

Philadelphia had 277 murders in 2015, a 12 percent increase. Police there are also struggling to solve cases. Murders, however, have stayed below 300 for three years straight, something not seen since 1969, according to philly.com.

Stay tuned next week for more reporting on unsolved murders in Pittsburgh and community violence.