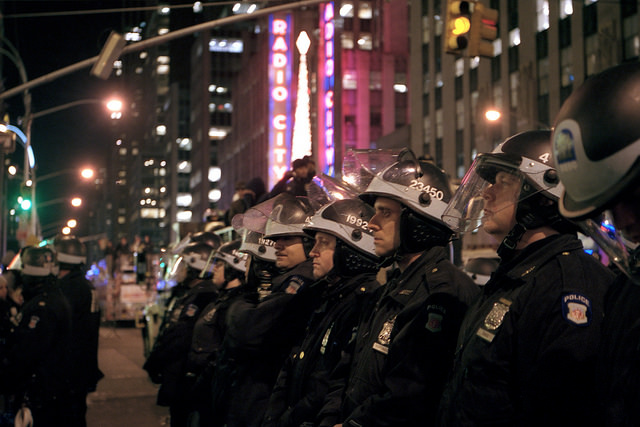 It’s also true that there’s little agreement on why.

As The Atlantic examined on Friday, researchers have offered explanations that on their face seem plausible, only to be whittled down by caveats, and so the explanations seem to lead to more questions.

Take the policing theory. The thought here is that crime decreased because of law enforcement policies, like the emphasis on “broken windows” policing to crack down on lower level crimes in New York City.

Murders in the city had surged to 2,245 deaths in 1990. They dropped 75 percent a decade later, according to The Atlantic.

But Giuliani took office in 1994. Crime started dropping in 1990, experts say, and the decline was by no means limited to New York.

What turned into a precipitous decline started later in some areas and took longer in others. But it happened everywhere: in each region of the country, in cities large and small, in rural and urban areas alike. In the Northeast, which reaped the largest benefits, the homicide rate was halved.

Talk of mass incarceration has been a recent fixture on the campaign trail, and along with that, talk of whether locking up violent offenders has any long-term benefits on public safety.

While a report from the National Academies did find a possible link, evidence is sketchy and the impact was probably not large, according to the 2012 report.

In other words, locking up offenders could reduce crime, but it’s difficult to say how much, and data doesn’t explain the size of the drop seen over the past 25 years.

As The Atlantic points out, researchers said the threat of lengthy prison sentences, which go hand-in-hand with mass incarceration, have little deterrent effect.

If removing criminals from society fixes the problem, doing so also inflicts major damage, particularly in black communities which are disproportionately represented in our prisons.

Some researchers say the decrease in crime is tied to the thriving economy of the 1990s. But the impact was again small, according to The Brennan Center for Justice, a public policy institute at the New York University Law School. As the story explains, crime rates were at their lowest in 40 years after the Great Recession hit.

There are other theories. Less alcohol. Less lead in the environment. More abortions.

What is clear is that the reduction has either an easy explanation no one has hit on in two and a half decades (or conclusively explained), or it has a really complicated explanation.

What’s also clear is that many Americans think they are less safe now than they were when crime was high. That isn’t true.