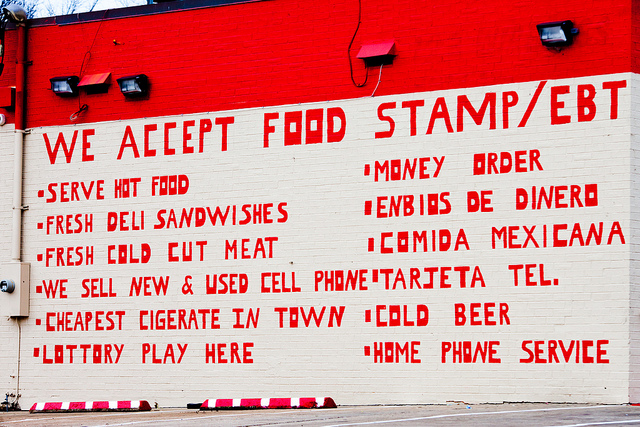 Roughly 33,000 Pennsylvanians will face new limits on the amount of time they can receive food stamp benefits due to a rule change.

Starting June 1, unemployed adults without dependents will only be able to receive food stamp benefits for three months within a three-year period. There are many exceptions to this new rule and if your food stamp benefits are taken away, there is an appeals process.

According to the Associated Press:

Federal figures show that many in this category are single adults, with slightly more men than women. Case studies have shown they are less likely than the general population to have high school diplomas and valid driver's licenses. Advocates say some are homeless, recently released from prison or dealing with trauma from military service, abuse or violence in their communities — all of which can make it harder to get a job.

Nearly 1.9 million Pennsylvanians use food stamps, as of January. Of the estimated 33,000 Pennsylvanians that will be affected by this rule change, up to 8,000 live Allegheny County, according to the Pittsburgh Post-Gazette.

The U.S. Department of Agriculture, which administers the program, can waive the requirement for employment when the economy takes a downturn.

Nearly every state received waivers when the recession began in 2008. Those waivers have been expiring and will negatively impact recipients in more than 20 states this year. Pennsylvania was able to push the expiration date of its waiver back to June 1.

The time limitations on food stamp benefits will not affect people working at least 20 hours per week, receiving disability benefits, the homeless or victims of domestic violence. It will also not affect people younger than 18 or older than 50, involved in a drug treatment program or pregnant.

The rule change will also not affect areas of the state that have high unemployment rates. Most of the 24 counties exempted from the work rules are primarily rural counties in the center of the state along with Philadelphia and Delaware counties. There are also 12 cities exempted, including Harrisburg, Allentown and York, among others. McKeesport is the only city in Allegheny County where the work rules will not apply.

Nationwide, the change is expected to affect between 500,000 and 1 million people, according to the Center on Budget and Policy Priorities, a left-leaning think tank.