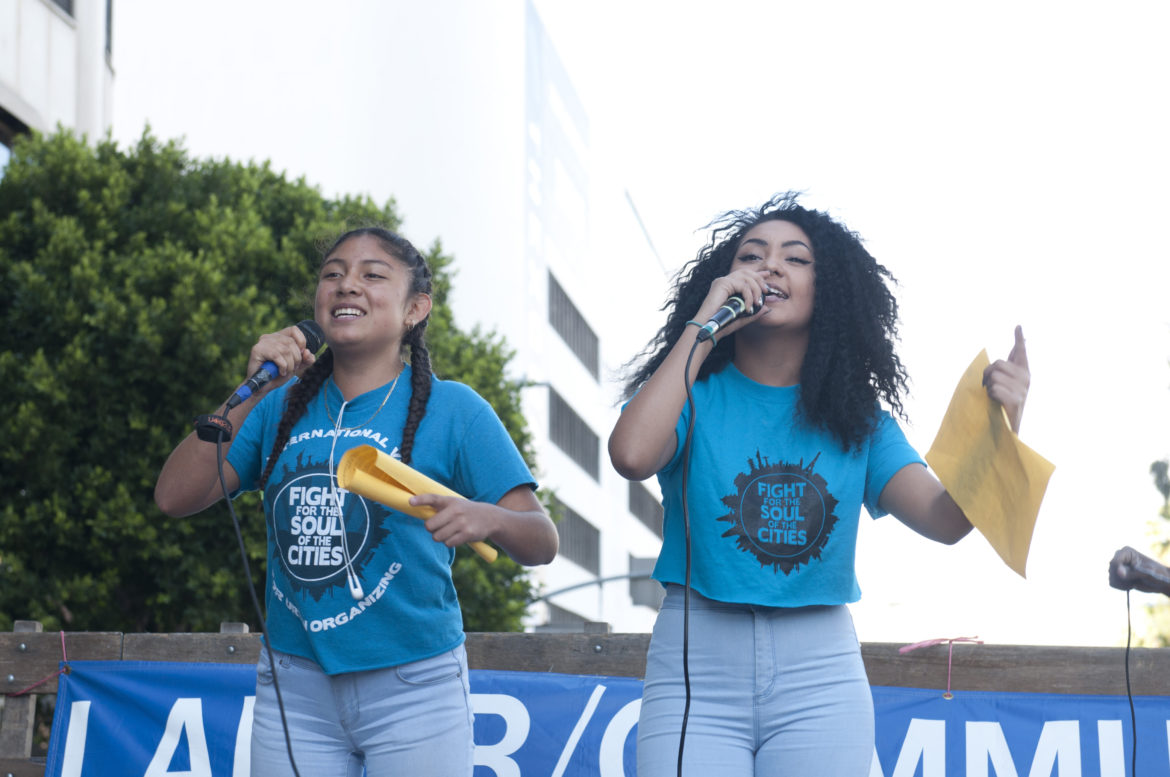 Can Pittsburgh educators stop the churn of students through the school-to-prison pipeline?

Take Broward County, the Florida county that used to rank No. 1 at sending students to their state’s juvenile justice system.

The stats troubled Broward County leaders, and they responded with a bold solution: Lower arrests by not making arrests.

After examining juvenile data, a local task force compiled 12 misdemeanor offenses that would no longer be considered police matters. Criminal mischief and vandalism, for example.

The results were quickly positive.

Large districts across the country, including in Denver, Los Angeles and Philadelphia, have taken similar action. Pittsburgh Public Schools — which tallies more than 400 juvenile arrests annually and is roughly one-ninth the size of Broward County — is not among them. Instead, officials at Pittsburgh Public Schools tout recent efforts to lower suspensions and expulsions, a separate disciplinary issue, by increasing social services and point to improved disciplinary guidance for administrators on when to call police for bad behavior.

“I wish we could talk about this three years from now,” said Chief George Brown, who heads the district’s safety department. “You’ll see in a good way that it’s starting to be reduced.”

For now, Pittsburgh’s school police respond when called. And they follow state law, which criminalizes behavior common in high schools across the commonwealth.

In reality though, it took about a year of work, deep dives into data and, most importantly, a coalition of stakeholders from various, often adversarial institutions involved in justice and education.

And it wasn’t an activist group spearheading change. The district itself led the conversation, with deep collaboration from local police and prosecutors, the public defender’s office and the state justice system.

“Let this be a collaborative initiative and not just something the school system is doing,” Valbrun-Pope advised districts that seek reforms.“The fact that everyone had input is what was key.”

The first step was to determine what that bad number — 1,062 school-related arrests — actually meant. Mostly (in fact, in about 70 percent of cases), the behavior was a misdemeanor. These are lower-level, nonviolent offenses that nonetheless funneled scores of students into the justice system.

The group identified 12 misdemeanor offenses, including judgment-call charges, like disorderly conduct, and more concrete behavior, like vandalism and possession of marijuana.

All are classified as nonviolent. Many are arrestable offenses in Pennsylvania, depending on the severity.

Then, the Broward County group collectively agreed that an arrest is no longer an appropriate response to these behaviors. And Valbrun-Pope considers that agreement the crucial part.

“We had firm commitment from everyone that when we faced the larger community, we were a collaborative,” she said.

In November 2013, the district published its official agreement, signed by the stakeholders, to say that school officials — not police — have jurisdiction over those nonviolent misdemeanors. Students who commit them are provided with counseling and restorative justice resources, not court dates.

But the system still has teeth. Students who fail to participate in programming, or who repeat offenses or commit felonies, go to the justice system, and Valbrun-Pope said few students offend again.

In Denver, the school superintendent and chief of police signed a memorandum much like Broward County did in February 2013. That was a victory for Padres & Jóvenes Unidos, a local organization advocating racial and education equity.

But they’d been fighting racial disparities for years, first securing changes to the district’s suspension and expulsion policy in 2008, then securing a change in state law in 2012 that increased disciplinary discretion in schools. The following year, Denver’s education and law enforcement officials agreed that minor offenses no longer needed city police to show up and make arrests.

“The role of the officer is not to be a disciplinarian. Their role is to de-escalate,” said Daniel Kim, state organizing director of Padres & Jóvenes Unidos in Colorado.

More than 400 sworn officers serve the Los Angeles Unified School District, and under community pressure, the district signed an agreement to outline specific offenses that no longer call for police intervention.

Progress, yes. But he’s troubled that police are in schools to begin with.

“It raises questions about what kind of society do you live in where you have to win the idea that it’s not OK to be ticketing or arresting 12 year olds,” said Criollo, organizing director for the Labor/Community Strategy Center.

In Pittsburgh, Chief Brown and Superintendent Anthony Hamlet support reducing arrests. If local policy can be changed, they’ll consider it, but they can’t remove charges from state law. Kevin Bethel, a 29-year veteran of the Philadelphia Police Department, has a mission to drastically reduce school-based arrests. (Photo by Chloe Elmer/PublicSource)

But in Philadelphia, Kevin Bethel didn’t see that problem.

A former deputy commissioner, Bethel spent 29 years with the Philadelphia Police Department and most recently supervised patrols across Philadelphia, including officers responsible for school arrests. What he saw — students bearing the trauma and embarrassment of arrest and being funneled into the justice system with no benefit to public safety — left him deeply troubled.

“I always ask people, ‘Do you know what you’re doing when you send them to me?’” Bethel said of his law enforcement role. “We put these kids in the system, and they’re never getting out.”

So he reconsidered the vast contribution the Philadelphia Police Department made to the so-called school-to-prison pipeline. After looking into the department’s legal obligations, he saw that, yes, officers must respond to calls, but he didn’t see a reason they were required to take someone away in handcuffs.

At his urging, the department empowered officers to use much more discretion when deciding if an arrest makes sense.

“We do a $25 ticket for marijuana in our city,” Bethel said. For a student on school grounds, “that was a misdemeanor that resulted in an arrest, a fingerprinting, a photographing and a court case.”

Pittsburgh has the same marijuana fine, but state criminal code classifying it as a misdemeanor applies on school grounds.

Now Bethel runs the Philadelphia Police School Diversion Program as a fellow of the Stoneleigh Foundation. Under his supervision, arrests dropped from 1,580 arrests in the 2013-14 school year to 724 the next year.

Related: Retired police officer writes about stopping the criminalization of youth in America

In lieu of arrest, students are sent to social services, taking advantage of existing programs in the city. Again, the program applies to lower level offenses, nonviolent behavior that research shows is criminalized when it’s committed by students of color and is considered normal teenage behavior for white youth.

In the most recent school year, Bethel said arrests dropped to 500.

“It remains to be seen if it’s working,” said Brown of the Philly program. But he wasn’t aware of the details of Bethel’s program when questioned about it recently.

But Brown works closely with Shawn Forbes, assistant chief probation officer for Allegheny County Juvenile Probation. Forbes calls the Philadelphia program a national model. And he has ambitions of bringing the idea across the state as part of a team that attended juvenile justice reform training at Georgetown University last year.

“The notion is, he wants to work himself out of the job,” said Hamlet, who was not aware of Philadelphia’s approach. “I agree.”

A staffer from Pittsburgh Public Schools responsible for the district’s restorative justice initiative visited Bethel’s program, along with Forbes. That staffer, though, recently resigned.

District support is crucial because Forbes only sees kids after they’ve been arrested. He can’t keep police from sending them his way.

“This is change at their level. This is nothing I can direct…” Forbes said. “We need police to be on board not to arrest these kids and charge them and penetrate them to our level.”

So if he wants to enact a Pittsburgh version, he’ll need the blessing of police and local school officials. It’s unclear if Pittsburgh officials will buy into the details, but Brown said he had recently been accepted to a September cohort of the Georgetown University training.

Meanwhile, Brown is hopeful less radical changes will bring the district’s juvenile arrest tally below its recent total of 445. Officials emphasize the importance of restorative justice practices and counseling to reduce suspensions and expulsions, and those initiatives could also reduce arrests.

Broward County, a far larger district, is already well below our tally, but Valbrun-Pope knows there’s still work to be done.

She still sees a troubling racial disparity in arrests. Even if numbers are lower overall, officials are struggling to figure out how to reduce the racial disparity. Los Angeles has the same problem.

The diversion program is “a big step” in the right direction, he said. But it doesn’t get to the deeper debate of whether police should be in schools to begin with.

And implementing reforms takes more than finding a program to copy. It’s a matter of getting each part of the justice system to agree that change is needed and finding services to replace the handcuffs.

“You have to champion this,” Bethel said. “It won’t happen by itself. We’ve been mired in this place for three decades now.”

25 thoughts on “These districts fought the school-to-prison pipeline. Can Pittsburgh learn their lessons?”