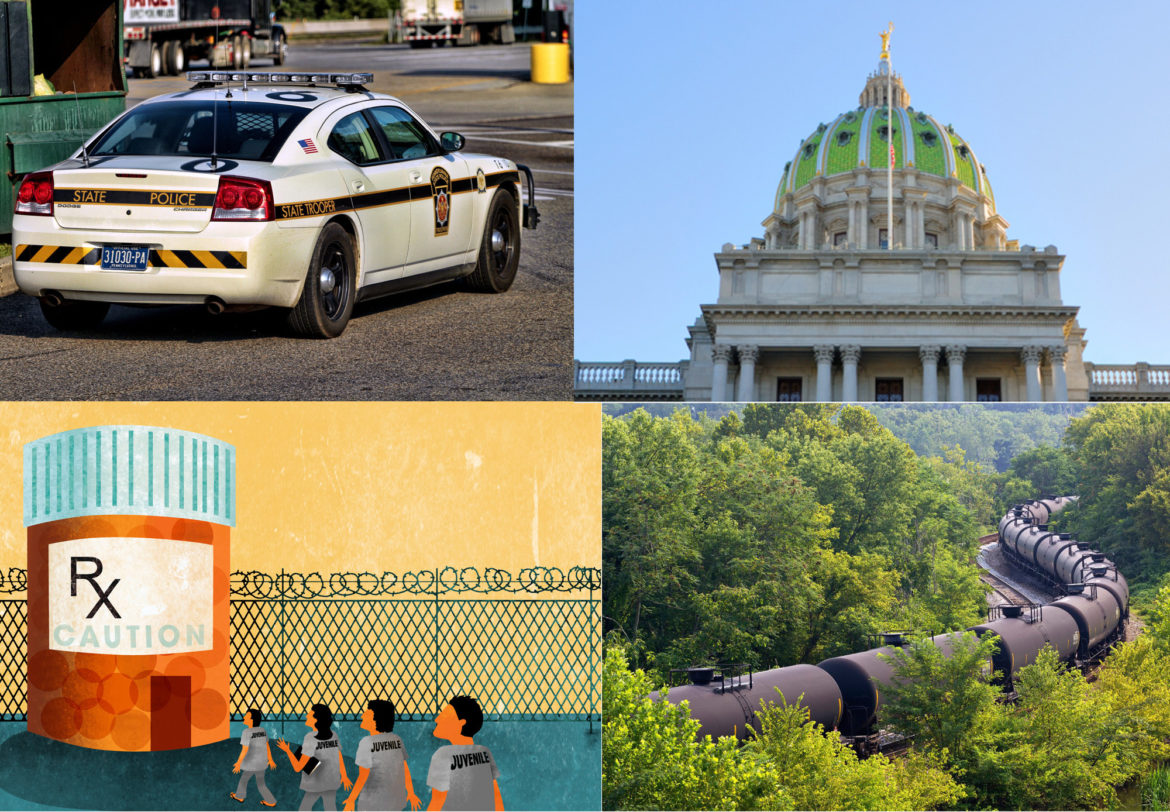 One of the things about good journalism is that you don’t write just one story about an issue and then forget about it.

To explain issues so that citizens and leaders understand problems and can make changes takes time and continued coverage.

If you’ve seen the movie “Spotlight,” you understand what that means.

Starting in 2002, the Boston Globe’s Spotlight team wrote hundreds of stories about sexual abuse by priests to show that the church’s problem was systemic. The scandal spread to cities around the world and thousands of priests and brothers have been accused of abuse.

Just this year, Pope Francis confronted the scandal and met with victims.

All journalism that has an impact continues to follow complicated stories.

It explains, it investigates, it uses data, maps, multimedia and graphics to explore all the complexities of a subject.

Here are some of our favorite stories that we’ve brought to you this year in which we’ve tried to do just that.

Last year, the big drug story was heroin addiction, what leads to its abuse, and how communities measure the toll it takes. We continued that coverage in 2015. The stigma that addicted professionals struggle with; Allegheny County Judge Lester Nauhaus’ drug court and his ban of treatments like methadone for drug court participants; and the lack of money and personnel for the state agency fighting the drug problem.

We also looked deeply into a different kind of drug story by asking the question: What drugs are being given to incarcerated juveniles?

After a two-year struggle to get information from the state, we found that there was so little oversight of the psychotropic drugs given to these kids that the levels given were apparently news even to state officials.

The questions we’re still asking: Were these drugs being given to control the young people? And who was actually writing the prescriptions?

At a time when policing and communities has been a subject of enmity and alarm throughout the country, PublicSource looked at the records of state police regarding shootings and misconduct.

We found that 15 years after a statewide sex scandal that brought about a state investigation, the state police still kept their internal investigations and findings secret.

And, only one trooper shooting of 120 over eight years was not deemed to be “improper.”

The findings left experts on law enforcement with concerns about the lack of transparency and the process of internal investigations within the Pennsylvania State Police.

Crude oil trains coming through the state to deliver Bakken crude to Philadelphia was another story PublicSource pursued in 2015.

Using data analysis, mapping and in-depth reporting, we discovered that 1.5 million people in the state are at risk should a crude oil derailment occur.

We went further to seek out information about what other states are doing to increase the safety of the trains.

Another environmental story used records and intimate interviews to bring to life the circumstances surrounding a coal-ash dump in Fayette County that is believed by some local residents, prisoners and advocates to be causing cancer and other health problems.

New water testing is being done by the state Department of Corrections.

We all read the back and forth of what the governor and legislators say about their tax plans.

But can we really tell how our individual tax payments will be affected?

You could on PublicSource.

We compared the House Republicans’ tax plan with Gov. Wolf’s.

We took competing tax plans and allowed readers to put in their income and the value of their home to see how each plan would affect them.

This allowed readers to cut through the politics and analyze the real issues and outcomes behind policy solutions.

PublicSource will continue to bring you stories that explain complex issues with maps and data, multimedia and graphics that engage and inspire you.

Come back to our website daily or sign up for our weekly newsletter to make sure you don’t miss it.

Reach PublicSource editor Sharon Walsh at swalsh@publicsource.org or at 412-681-5685.