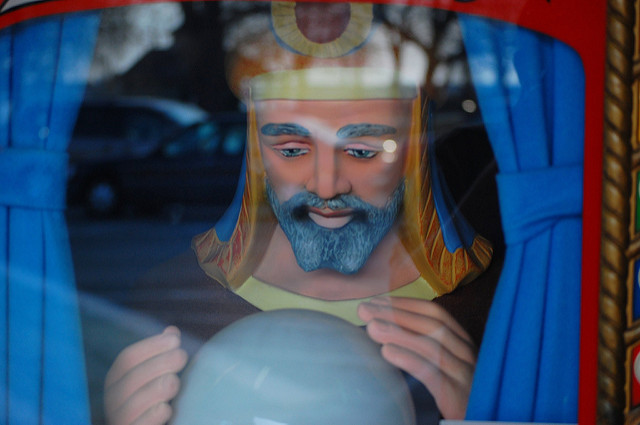 Can police predict crimes before they happen?

It’s not likely they’ll see into the future. But a Philadelphia tech startup called Azavea is helping police to analyze crime data, along with a variety of other datasets, and point out trends in specific areas, so police can proactively respond.

The technology, known as HunchLab, has highlighted some strange revelations.

According to The Marshall Project:

HunchLab primarily surveys past crimes, but also digs into dozens of other factors like population density; census data; the locations of bars, churches, schools, and transportation hubs; schedules for home games — even moon phases. Some of the correlations it uncovers are obvious, like less crime on cold days. Others are more mysterious: rates of aggravated assault in Chicago have decreased on windier days, while cars in Philadelphia were stolen more often when parked near schools.

As the story notes, data-driven policing in New York City was embraced by Commissioner Bill Bratton to respond to areas known for concentrated crime. The approach has been criticized for focusing enforcement on black communities.

Similar approaches have been adapted by departments across the country, and, in many cities, relations have frayed between the police and communities they are sworn to protect.

Increased reliance on predictive software like HunchLab or competitor PredPol has some worried that police are embracing technology without fixing past problems with profiling.

Kade Crockford, the director of the Technology for Liberty program at the Massachusetts ACLU, says that predictive policing is based on “data from a society that has not reckoned with its past,” adding “a veneer of technological authority” to policing practices that still disproportionately target young black men. In other cities, some police departments are even moving toward predicting which people, rather than which places, are most crime-prone.

One place HunchLab is being used is in St. Louis County, where policing tactics have been greatly scrutinized after the shooting of Michael Brown by officer Darren Wilson in the suburb of Ferguson.

Sgt. Colby Dolly, who was tasked with finding predictive software, told The Marshall Project that he hoped the program would allow officers to reduce crime proactively by understanding where to target patrols, rather than aggressively responding after crimes happen.

Mindful of racial profiling, Dolly has HunchLab focus on serious felonies instead of crimes like drug possession. The program then gives a map of the two areas suspected of having the highest risk for serious crime.

As Dolly told The Marshall Project, the software says where to go. “It’s not telling you what to do,” he said.

The question then is if police can use technology to act more efficiently based on data while understanding that police work depends on community relations, which requires skills very different from sifting data with a computer.