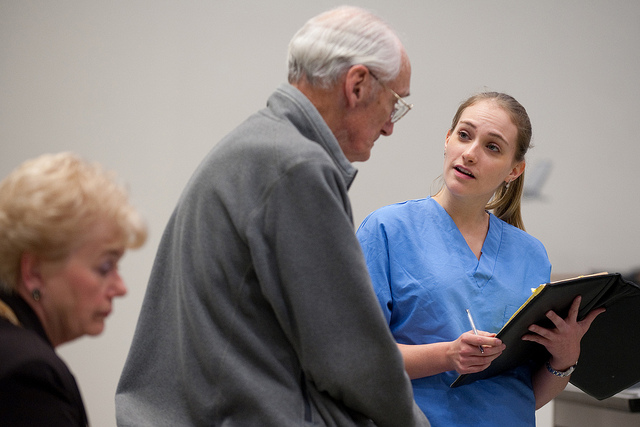 In Oregon, there is about one geriatrician for every 3,000 patients over 75.

Census projections indicate that by 2030 the number of Americans over that age will be at the highest levels seen in the nation, yet there are only about 7,000 practicing geriatricians in the country today, according to a New York Times article.

Americans are living longer, but residency programs and fellowships for geriatricians-in-training are going empty, leaving the aging population in a predicament.

The Times notes several reasons for this.

First, geriatricians are required to go through special training in the care of the elderly on top of achieving certification for internal or family medicine.

Geriatrics is also a low-paying specialization, with a salary less than half of what a typical cardiologist makes.

This is complicated by the fact that Medicare pays for most of their patients’ expenses. “[T]he federal insurance program’s low reimbursement rates make sustaining a geriatric practice difficult,” the Times reports.

One of the arguments against the necessity of geriatric medicine is that the same care can be performed by primary care physicians. The elderly experience the same problems as the middle-aged generation, like diabetes or heart disease, just in greater volume.

Doctors aren’t typically prepared for all the results of aging. From the article:

Young physicians in training find it difficult to muster interest in the slow grind of caring for older patients, and days filled with discussions about medication management, insomnia, memory loss and Meals on Wheels deliveries.

The sheer lack of available geriatricians makes locating one difficult. One of the geriatricians interviewed by the Times said that she knew specialists who went into general practice without mentioning their geriatrics training, in order to avoid going out of business.

Based on estimates, the United States needs more than 6,000 new geriatricians by 2030 to take care of the aging population.

In order to do this, many other medical professionals, like nurses, pharmacists and physicians, are undergoing training through a “geriatrics lens.”

Additionally, according to the Times:

Cardiology, urology, emergency medicine and other specialties are promoting geriatrics training and research within those disciplines.