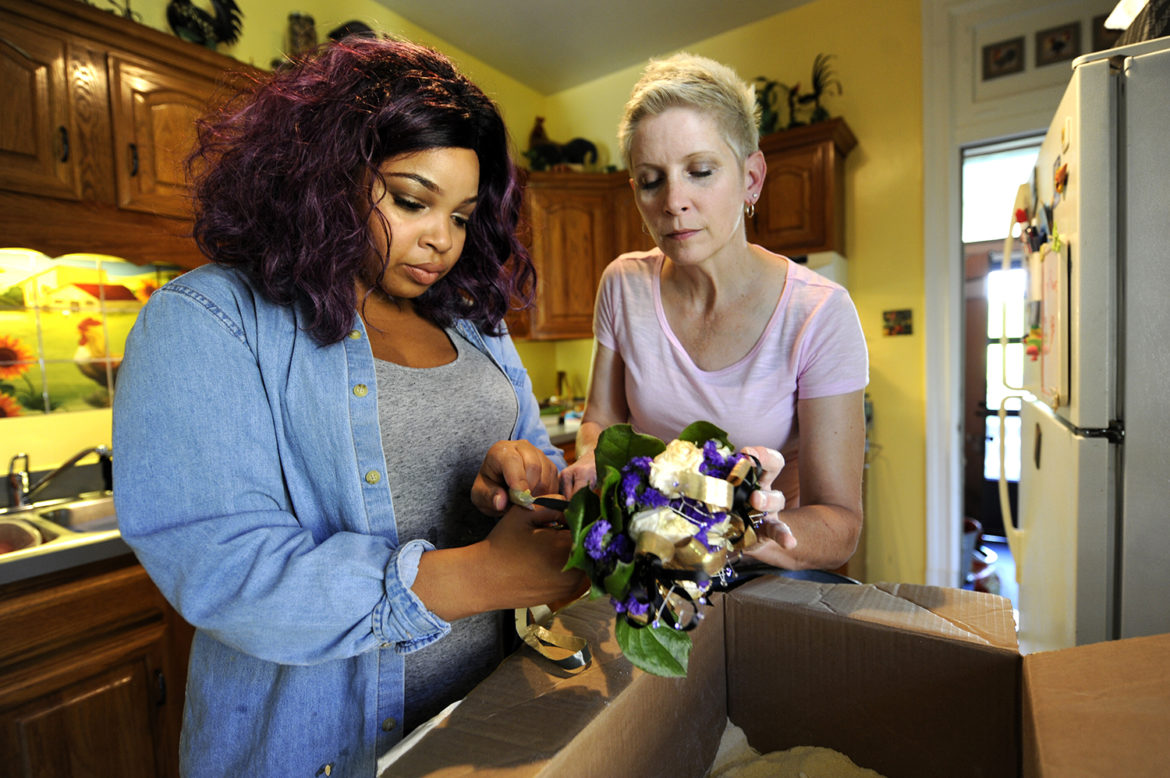 Tristan Haggerty spent six months of her life with her guard up, considering herself a “perfect target” to the other teens living at Gwen’s Girls group home in the North Side of Pittsburgh.

The 11 communities the county is targeting for increased foster care services:

She said the other girls were focused on boys, sex and partying. If they wanted something, Haggerty said they would physically fight for it.

“I think some of them were raised with drama in their past lives and I think that's all they knew, so they would create it in their present lives,” said Haggerty, now 18 years old.

Haggerty has moved on, but more than 130 youth — the majority of whom are teens — continue to reside at group homes in Allegheny County.

In Pennsylvania and nationwide, there’s a push to reduce the reliance on congregate care for youth. In group homes, they are deprived of a family setting, which can affect how they develop relationships and view family life. It also contributes to problems engaging at school.

Research shows that many youth are placed in congregate care because of behavioral and mental health issues and a lack of homes willing to accept them, according to the Allegheny County Department of Human Services (DHS).

The county DHS views congregate care as a last resort, said Margie Remele, a training manager at Allegheny County Children, Youth and Families. The department tries to place children with kin. If that doesn’t work, they search for foster families.

But it’s difficult to find foster families who are willing to take in teenagers.

“Some folks will say teenagers are too difficult. They’re too hard. Their behaviors are bad. They come with a lot of baggage,” Remele said. “No, they just come with a lifetime.”

As of May 1, there were 237 families fostering youth who are not related to them and 486 families fostering relatives in the county. Foster families are paid $18 a day, sometimes more if a child has special needs, according to Mark Bertolet, a DHS spokesman.

In an attempt to add foster families and build awareness about the importance of taking in teens, the DHS launched the Foster Goodness campaign in late January. The department credits an increase in inquiries about becoming a foster family for teens to the campaign, Remele said.

In May, four organizations were awarded contracts to provide family foster care services geared toward teens countywide, but with a focus in 11 communities of particular concern. These agencies now have access to an enhanced per diem rate to provide the services in addition to a program fund of about $42,500 to assist with recruitment of foster families for teens.

The Department of Human Services focused its marketing campaign on three areas that have more teenagers in congregate care: McKeesport, Wilkinsburg and Penn Hills.

In the past six months, Remele said 17 beds in foster homes were opened for teens in these three communities.

Wesley Spectrum, Auberle, Pressley Ridge and TRAC — the nonprofit foster agencies awarded grants last month — have committed to finding another 75 beds each in foster homes, and a majority of them will go to teens.

Auberle’s foster care program has homes for 108 children in the county, but only 15 of them are for teens, said Darla Poole, its director of community services.

For Wesley Spectrum, 50 of the 75 beds they hope to find under the grant will be dedicated to teens, said chief program officer Pam Weaver.

With the grant, Wesley Spectrum plans to engage current foster parents to promote the importance of their roles.

“For the longest time, it was just easier to say that teens went to congregate care and group homes as opposed to working at recruiting and educating foster families to deal with teen behaviors,” Remele said.

She said the goal is to add 300 beds for teens in foster homes or to decrease the number of children in group homes as much as possible. Tristan Haggerty, now 18 years old, said she felt vulnerable and not in control of her life when she lived in a group home. (Photo by Connor Mulvaney/PublicSource)

Tristan Haggerty entered into foster care at age 14 after her adoptive mother from birth passed away.

The death left her and her sister under the care of the adoptive mother’s biological daughter. She was unable to support them properly, so the sisters moved in with their aunt.

The experience wasn’t much better. Their aunt struggled with heroin and alcohol addiction, Haggerty said.

They had enough. It was the Haggerty sisters who agreed to call child protective services. It was then that they moved into Gwen’s Girls. Tristan was 15.

She said she felt her freedom was compromised during those six months because of strict curfews and constantly navigating how to get along with the other girls and staff.

Haggerty and her older sister, Almin, who is 19, moved into the home of Northgate teacher’s aide Kimberly Mavilla of Bellevue in August 2014.

Her sister has since moved out of their Bellevue home, but Mavilla officially adopted Tristan in March.

She said she finally feels at home.

“Here it’s really calm and peaceful,” Haggerty said. “I don’t have to worry about who not to talk to or who to stay away from.”

The process to becoming a foster parent can be lengthy, which deters some potential foster parents. The lack of interest may also stem from concerns about housing a teen with problematic behavior, said Annette Gross, director of foster care at Wesley Spectrum.

The process includes: a background check, an in-home and one-on-one meeting with a recruiter, orientation and training. The agencies then place the child based on compatibility.

Children can enter into out-of-home placements for reasons including abuse and neglect. A parent’s death and lack of other options, like in Haggerty’s case, may also result in a child being placed in a group home or other care.

Dr. Matthew Kliethermes, a Missouri psychologist who specializes in the assessment of childhood trauma, said that when teens don’t stop relying on past survival habits, it can be viewed as problematic behavior.

“They develop these behaviors to deal with this stress and they can’t let them go,” Kliethermes said. “These habits just don’t go away. This creates a mismatch of how teens behave and how residential staff and foster parents expect them to.”

The fight or flight response is common, he said, and young people in these situations also tend to display a “cry for help” behavior, where they use tactics such as self-injury to receive attention that they didn’t get in the past.

Kliethermes said group homes can initially be helpful for a traumatized child because they provide a sense of structure. However, he explained that the experience, if extended, can negatively affect them in adulthood.

“[Group homes] do not prepare you for the real world. You have to be able to structure yourself and plan for your day,” Kliethermes said. “It provides the structure, but there is a stepping off point or a gap for what society expects and what they provide.”

Weaver, chief program officer at Wesley Spectrum, said the incidental teaching that youth need happens in a family setting, not a group home.

“It’s something as simple as changing a light bulb, where a group home may have a maintenance staff that always does that, so they never learn how,” she said.

The family setting of a foster home prepares teens for having a future family, she said. Tristan Haggerty and her adoptive mother, Kimberly Mavilla, chat and clean up the kitchen in the Bellevue house that has become a permanent home for the teenager. (Photo by Connor Mulvaney/PublicSource)

Mavilla, who has two adult children, became a foster parent in 2014 after working with kids in a life skills class at Northgate High School.

“I had this realization that, hey … any of these kids, regardless of their behavior, issues or whatever, I could take any of them home,” she said.

Mavilla’s home in Bellevue is the first house in which Haggerty has ever lived. It was always apartments before, she said.

Her day is like a typical teenager’s now. She graduated on Monday from Northgate High School, and she plans to attend either Slippery Rock University or Edinboro University for a degree in communications.

Mavilla said she feels like Haggerty is one of her biological daughters. She refers to her as an “exceptional person” and that she behaves well beyond her years.

Haggerty and her sister were Mavilla’s first foster children. When space opens up in her three-bedroom home, Mavilla said she will continue fostering. And, “whoever comes into this home,” she said, “will stay here as long as they need or want to.

Christine Manganas is a graduate of Point Park University and a former PublicSource intern. Reach her at manganas504@gmail.com.