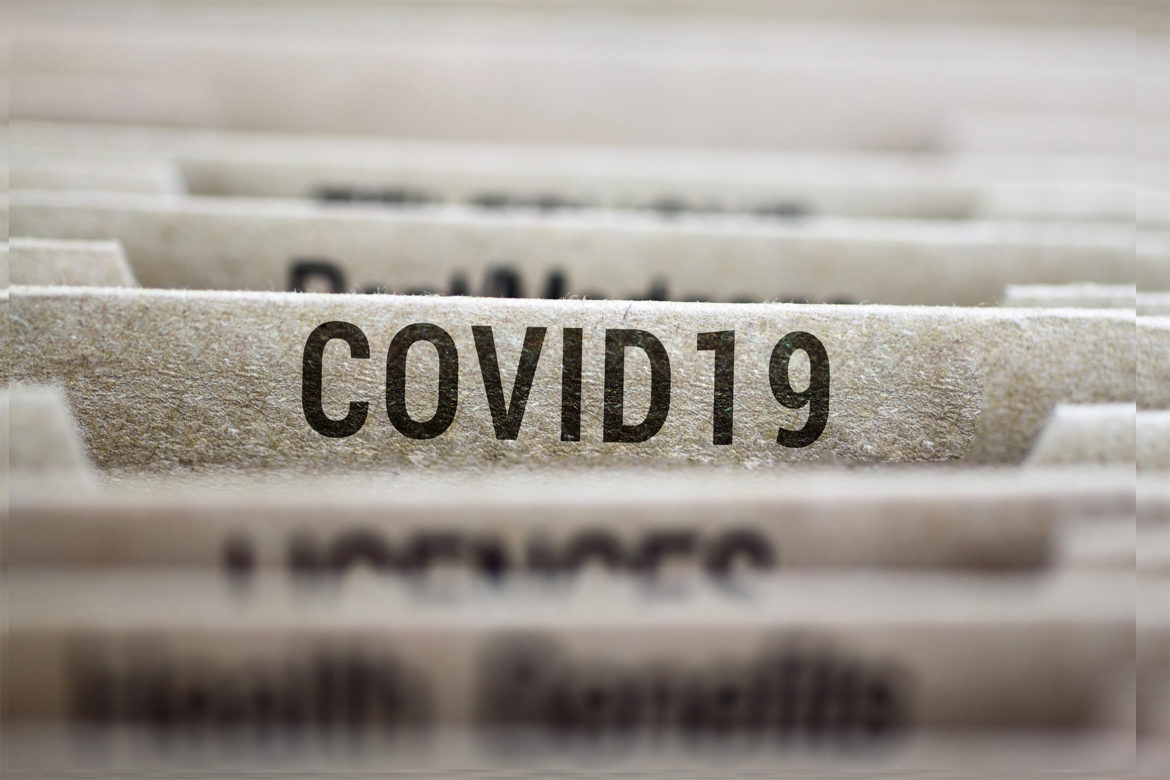 When we first heard the news about the COVID-19 outbreak, we were in Orlando, Florida, with some of our grandchildren. It was confusing at first: Was it rumor, was it hype? We left for Florida just a few days after the first transmitted case was reported in the United States, but it was far away on the West Coast. Still, we washed our hands and tried to be careful and enjoyed the time with our grandkids.

Returning home on March 10, we flew through New York City. My worry started to increase as I saw people lying on benches at LaGuardia airport; they seemed ill, and I began to wonder just what was going on. All of a sudden, all the what-ifs we had heard over the last few weeks seemed to be happening so quickly. 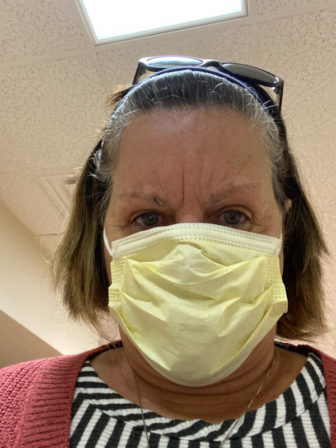 The author, Karen St. Esprit, wearing a mask while getting a test for COVID-19 at a UPMC lab in the South Side. (Submitted photo)

I am 65 and prone to pneumonia. I work in a grocery store for Instacart. So, I decided my last day would be March 16. On March 17, I spiked a fever of 101 degrees and started coughing. At first, my cough felt just like a regular cold. Then, the cough moved deeper into my chest, and I developed a headache that was unrelenting. My body ached everywhere, and in the mornings, it was hardest to catch my breath. My doctor ordered a COVID-19 test, but as my fever broke through the night the UPMC lab would not do my test. At the time, they had a “current fever” standard, though that quickly changed. My fever has come and gone twice during the past 12 days.

My doctor sent me to the Central Outreach Wellness Center in Aliquippa, which primarily exists to serve LGBTQIA populations. I felt a bit bad to be taking up their time, not representing the population they serve, but they were so kind and welcoming to me. They did a sputum, or spit, test. The staff said I would know the results in 48 hours.

It was a Wednesday, so I anxiously waited for Friday. I called several times throughout the day, with no results. So I spent the weekend anxious, worried, sick and feverish. Everyone I had been with — my family, friends I had seen when I got back, everyone — hunkered down and limited their contact with others as much as possible while we waited, on edge.

Monday, March 23, came and went. I didn’t get my results. On March 24, my doctor called in an antibiotic over the phone for me, as it seemed I was developing symptoms of pneumonia. I was scared and worried. Still no answers.

On March 25, I was told my test had gone missing.

They explained that Quest was sending tests to two labs: one in California and the other in Virginia. Mine had been sent to Virginia, and then misplaced, I was told at first. They called it a “snafu.”

I kept calling. And calling. And calling. I heard everything from, "Yours was one of two tests lost" to "Your test is the next one to be processed.” Eventually, they told me my test was in California, not Virginia. I called the Quest testing facility in California. When the auto prompts came up, I was just so anxious and frustrated with the whole thing I pressed the number for physicians.

A woman answered. She was wonderful, but had no solution. She gave me a specific reference number for my case so that I could get information quicker. She said it was not lost, but it had not been tested.

On March 27, I called my doctor and broke down in tears. The waiting, the worrying, wondering if each symptom is as bad as I felt it or if my body is playing mind games with me. She told me to go to the South Side on March 28 for another test at a UPMC facility, which by then had waived the “current fever” requirement as we learn more about the virus. Coronavirus fevers, like mine, come and go.

So I went, yet again, into a high-risk zone given my age, to be tested for the second time. It was quick and painless, yet also terrifying to be around the healthcare worker in her personal protective equipment and the machines to make the negative-pressure rooms.

I am feeling slightly better since I started the antibiotics to combat pneumonia complications and, at this point, it has been so long since my initial symptoms that I could theoretically now test negative for COVID-19 even if I did have it.

And so when I see these numbers on the news — relatively low numbers in the Pittsburgh area and the rest of Southwestern Pennsylvania — and think of my experience, I have a hard time trusting them.

Some people have been saying that our numbers are way worse than what we’ve seen reported, either because doctors aren’t sending people to be tested or because of situations like mine where everything is just bungled. 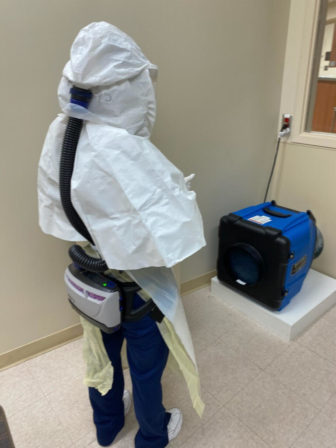 A UPMC worker in the South Side lab guides the author, Karen St. Esprit, through the COVID-19 testing process. (Submitted photo)

On Monday, March 30, I got calls about both tests.

For the first, they told me the test had just arrived at their California lab over the weekend — despite telling me it was there last week. The sputum test, they report, was negative for COVID-19. Given the amount of misinformation and conflicting information I was given about this sample, I have zero confidence in their report to me.

For the second test, the nasal swab with UPMC, I learned at 7:15 p.m. Monday that it also came back negative.

Though the second test came back within 30 hours, these results are coming to me 15 days from my first symptoms, and 14 days since my first test. I just pray they can streamline things for those after me because this ordeal of waiting and worrying has been brutal.

Karen St. Esprit lives with her husband in Fombell, Beaver County. She is a retired real estate agent and restaurant owner, and current Instacart shopper. She is “Gaga”  to seven, soon to be eight, grandchildren. She can be reached at karenstesprit@gmail.com.