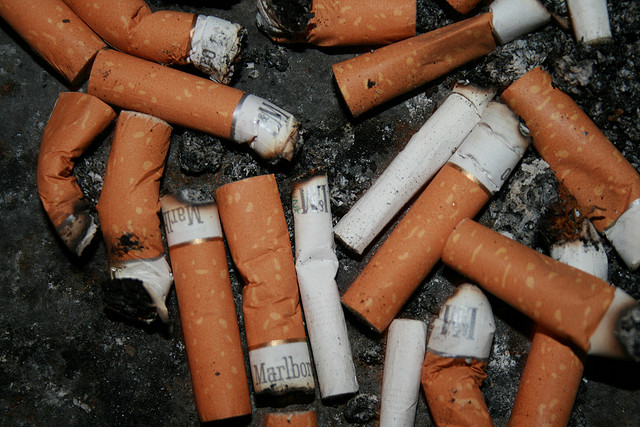 The number of teenage smokers is on the decline, but almost half of youth who have never smoked said they’ve been exposed to secondhand smoke in the last week, according to a new study by the Centers for Disease Control and Prevention [CDC].

The CDC study, published in the Pediatrics journal, was based on a survey of 18,000 middle and high schoolers about whether they have used “cigarettes, e-cigarettes, pipes, hookahs and chewing tobacco,” according to CNN.

They also responded to questions about whether they had been around someone who had used those products (sans e-cigarettes) in the past week.

The most common places for exposure were public areas, including restaurants and parks, where about 35 percent of study participants reported being exposed. Another 17 percent and 27 percent were exposed at school and work, respectively. Although only 15 percent were exposed in their home and another 15 percent in cars, these were the most common sites for daily secondhand smoke exposure.

The American Academy of Pediatrics recommends raising the minimum nationwide smoking age to 21 to limit the availability of tobacco on school grounds.

The CDC study was able to determine where secondhand smoke exposure occurred, but it couldn’t link the amount of exposure to states with or without smoke-free laws.

CNN reports that 28 states and numerous communities ban smoking in public places, including restaurants and bars, and that about half of the country is covered by anti-smoking laws.

Eight states prohibit smoking in cars when youth are riding along, according to CNN.