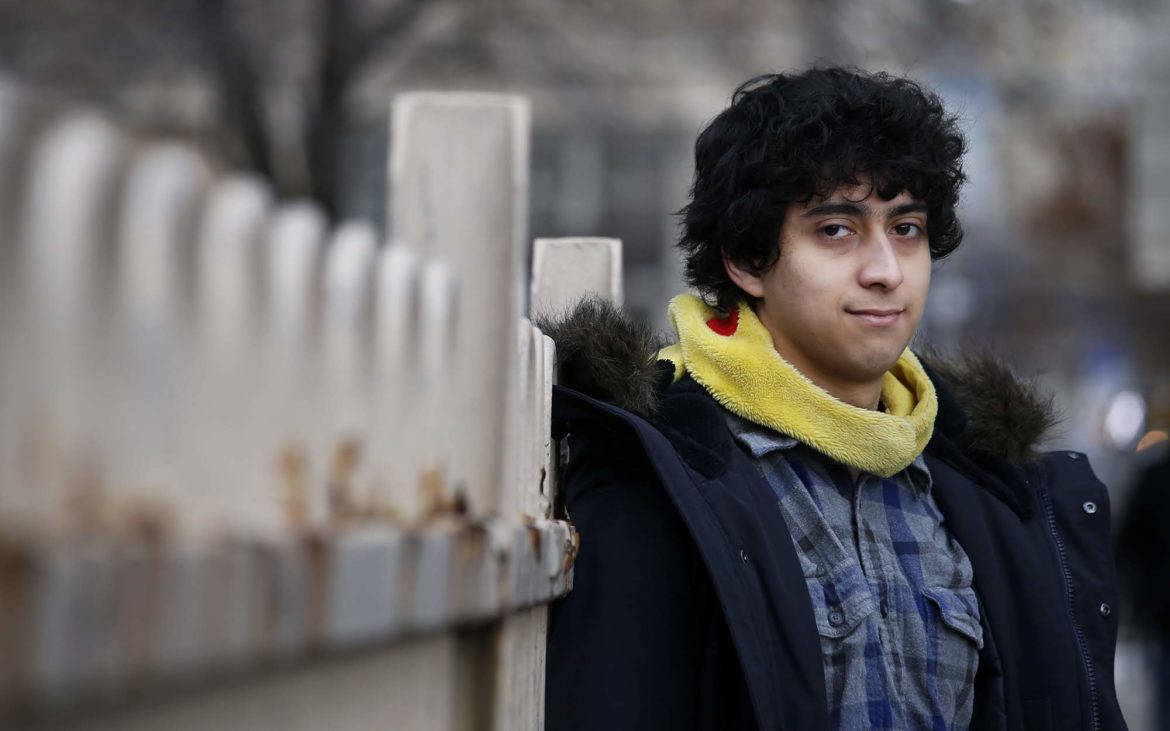 Max Driks grew up in Doylestown, Pa., and is a first-year student at the University of Pittsburgh. (Photo by Ryan Loew/PublicSource)

People usually only talk about the autism spectrum when they suspect there’s a problem. We hardly ever look at the spectrum in a positive light. It’s seen as a thing to cure, like a disease, not as just a part of who we are, like a birthmark.

I found out I might be on the spectrum around fifth grade. I don’t even remember the exact time I found out because it was so inconsequential to me at the time. I was just walking with my mom, and our protective Corgi dog named Faye, when she told me.

You would think news like that would shock me because, “How could I ever live a normal life again?” But no. Little fifth-grader me, wearing his socks and sandals on a warm fall day, just nodded and went along. Autumn was my favorite season after all, and nothing would stop me from jumping in the biggest leaf pile I could find.

In hindsight, my diagnosis wasn’t surprising. As a kid, I would spend my playground time in the sandbox, just brushing the sand. I would feel each individual grain between my fingers. My eye contact skills were poor at best, and I hated small talk. Unless the conversation interested me, I couldn’t care less. I was homeschooled up until second grade, so I didn’t interact with other kids on a daily basis. Maybe that’s why it took so long to find out. Or maybe my parents always knew but were afraid to tell me.

My mom knew for awhile that something was different about me, but never had a word to describe it. I remember her telling me about a motherhood group she joined, where one of the kids would constantly bully me. The other mothers told her not to intervene, so for a long time, I just took the bad treatment. Until the day I punched him and he fell to the ground. I can’t even remember what he said to upset me. All I can remember from that day was his body hitting the floor, a line of shocked parents staring, and my mother taking my hand to lead me out of the room. We never went back.

Teasing like this would continue as I grew up. I never understood the point of it. I mean, don’t they have anything better to do besides make fun of how some kid’s brain works? Maybe they want to feel better about themselves. Maybe they think it will somehow change me into being ‘normal.’ Or maybe they just think it’s funny to watch me explode.

There’s a good reason the staff at my middle school thought I needed a teacher’s aide  — the people paid to follow around a student with special needs to make sure said kid is keeping up.

Middle school is the point in life where we start trying to figure out who we are. It’s the time when we go through our emo phase; it’s the time we eat our lunch with people we hate just to feel included; it’s the time our self-esteem is at its lowest; it’s the time we try so desperately to fit into a clique, only to realize that we never truly will. And for me, I had to deal with all of this, plus a growing hatred of the world who expected nothing but failure from a spectrum child.

What’s fortunate is that middle schoolers grow up. But the problems don’t stop there.

My mom knew for awhile that something was different about me, but never had a word to describe it.

Sometimes the condescension occurs without people even meaning to, like this one time in driver’s ed class. Our instructor was an old man with the bald head of a soggy potato and small round glasses. He was old-fashioned, to put it mildly. We always got a few minutes at the halfway point of class to walk around. I took the time to stretch my legs and wander the hallways, wearing my fuzzy Pikachu hat. Old potato-head came up to me, curious about what I was up to. He asked me if I had any teacher’s aides. I told the instructor I haven’t had one since middle school. If you watched him closely, you could almost see the gears in his antique clock of a brain trying to comprehend my strange alien ways.

After class, the instructor came over to me and said what a great job I was doing. He was so proud someone like me was taking the time to learn how to drive. I had to hold back my laughter. He told me that if there’s anything he can do to help, I shouldn’t hesitate to ask. I thanked him and left.

I’m sure the old man thought he was being nice and inclusive despite how ignorant it came across to me.

When inclusion is done right, it can make a big difference.

When I found out that the character Symmetra from the video game “Overwatch” is canonically on the spectrum, I was overjoyed. Finally, a good spectrum character for kids to look up to and aspire to be like. Then I made the mistake of sharing my feelings about it in the YouTube comments section. I began with a message about how we need more interesting, dynamic characters like Symmetra.

"There's just so many opportunities for character development, and even awkward funny moments, that it would just be such a shame not to show off the unique mindsets of autistic individuals,” I wrote in the comment. “...And considering just how many [people] play video games, I think we could build a better understanding of the autism spectrum and show the world that people on the spectrum are capable of extraordinary things." 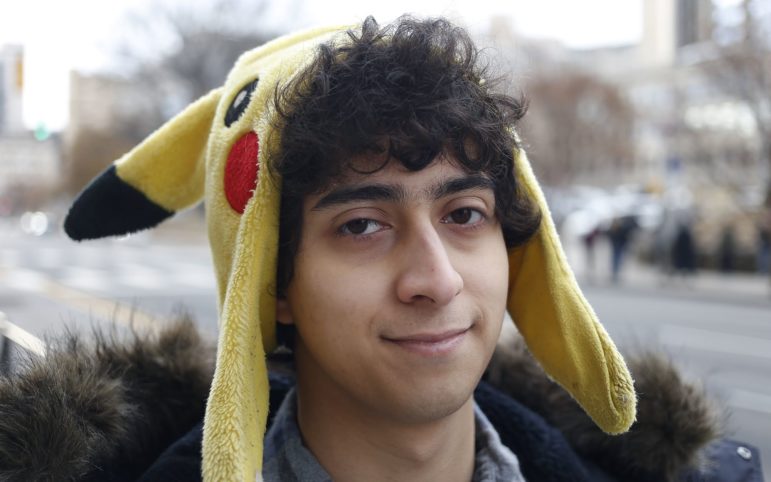 “Letting yourself feel vulnerable is one of the hardest things in the world to do, with or without autism,” writes Max Driks. “But opening up is the only way your story will be told.” (Photo by Ryan Loew/PublicSource)

The first response to my comment was a short and simple, “Who cares?” The second asked if I was autistic and proceeded to berate me for the next several hours about how “autistic” I was. Honestly, I’m not sure what I expected. After all, we live in a society that uses “autistic” as an insult and a punchline.

This kind of treatment doesn’t only come from strangers. A friend of mine over the internet, who is also on the spectrum, was recently hurt by his family. He wanted to pursue a career in video games, but his father thought it was a waste of time. It only got worse from there. His own family began calling him an “autistic loser” and told him he would never amount to anything. And then, it turned physical. He filed a domestic abuse report.

My friend is doing alright now. In recent months, he’s gotten up the courage to talk about his family issues with me. It must be hard to put yourself out there and expose your innermost thoughts like that. Maybe the only thing I can do to help him is to listen, but maybe that’s just the thing he needed the most.

Unlike many other injustices of the world, the way people on the spectrum are treated doesn’t come up all that often. It’s a lot harder to see or even notice compared to the other social issues that plague our society. Heck, you can look at a person and even talk with them for awhile without having any clue that they’re on the spectrum. And it’s not as if the typical spectrum person wants you to immediately know about their diagnosis. Why would they? It would open them up to a potential onslaught of belittlement and ridicule.

Letting yourself feel vulnerable is one of the hardest things in the world to do, with or without autism. But opening up is the only way your story will be told.

And that’s more than most people would do.

Max Driks grew up in Doylestown, Pa., and is a first-year student at the University of Pittsburgh. He also likes wearing weird hats. He can be reached at maximillian.driks@gmail.com.