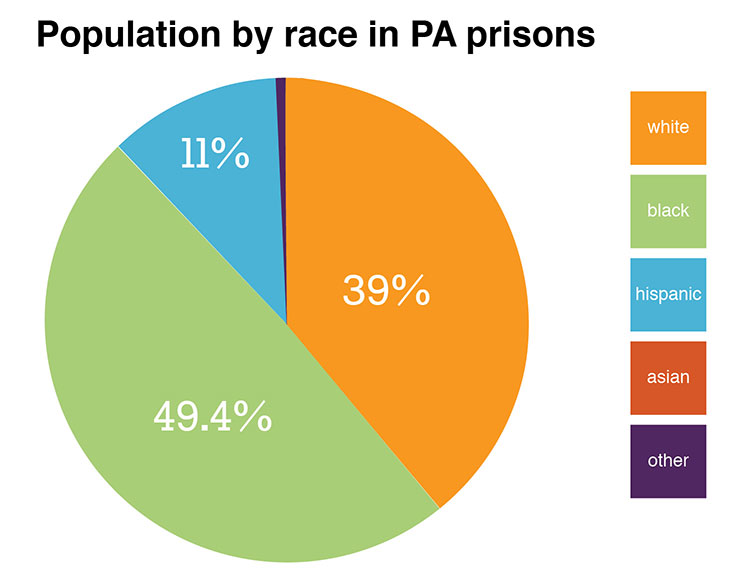 You might think that a beautiful day in spring when the trees and daffodils are blooming is a difficult time to stay inside and talk about incarceration.

But about 150 people recently joined a distinguished panel on just such a day in Pittsburgh to talk about the prisons and jails in the city, the state and the nation.

The statistics are breath-taking. In the U.S.:

The program was the brainchild of Pittsburgh photographer Mark Perrott, whose book “E Block” chronicles the words written by prisoners on the cell walls in Pittsburgh’s Western Penitentiary (now the State Correctional Institution Pittsburgh.) You can see some of those photos here.

Some of the issues that came up:

You can watch the live-stream video of the program here. And PublicSource will continue to cover topics involving criminal justice and public safety.

A special thanks to Mark Perrott and the panel he assembled:

John Edgar Wideman, award-winning author of “Brothers and Keepers,” a memoir of Wideman and his brother, who is in prison at the State Correctional Institution Pittsburgh.

David A. Harris, attorney and professor at the University of Pittsburgh School of Law.

Source: 2011 Annual Statistical Report from the Pennsylvania Department of Corrections