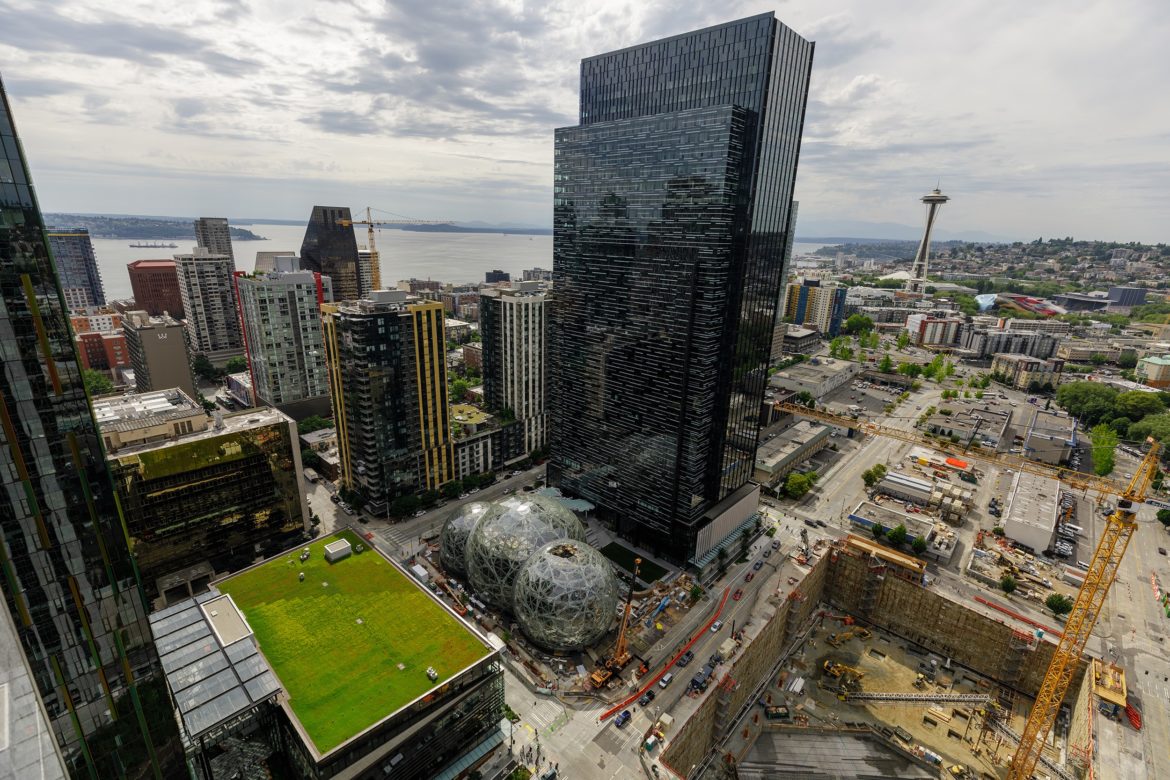 Update 2/14/2018: In a determination issued today, the state’s Office of Open Records [OOR] ruled that the City of Pittsburgh is required to release documents relating to its bid for Amazon’s second headquarters. OOR ruled that the city must release a copy of the proposal, documents relating to financial incentives and potential sites and internal communications about the bid. OOR similarly ordered Allegheny County and Gov. Tom Wolf’s office to release the Amazon proposal. You can read the full ruling below.

The rulings are the culmination of a more than three-month pursuit for records relating to Amazon HQ2. The City of Pittsburgh, Allegheny County and the Allegheny Conference partnered to create the proposal to Amazon, which may include economic development incentives put together with help from the state to lure Amazon to Pittsburgh. PublicSource made Right-to-Know Law requests for the proposal, documents related to the incentives and potential locations as well as emails among Allegheny County Executive Rich Fitzgerald, Pittsburgh Mayor Bill Peduto, Peduto’s former Chief of Staff Kevin Acklin and Allegheny Conference CEO Stefani Pashman.

The OOR said the county must release all of the requested documents. In the ruling regarding Wolf’s office, the OOR said it must release documents relating to the incentives the state offered to Amazon as part of Pittsburgh’s and Philadelphia’s bids. In its response to PublicSource’s appeal in December, Wolf’s office said it didn’t have copies of the bids or documents about sites for Amazon in its possession.

The OOR disagreed with arguments submitted by the county and state contending that the documents couldn’t be made public because they contained trade secrets and other proprietary information.The OOR said the exemption in the state’s Right-to-Know Law that covers business secrets doesn’t apply because Pittsburgh isn’t doing business with Amazon directly.

“The OOR cannot find any support for the notion that an agency can have a trade secret when it is not engaged in business or commerce,” appeals officer Kyle Applegate wrote in the determination regarding Allegheny County.

J.J. Abbott, a spokesperson for Wolf, said his office was “reviewing the ruling and assessing next steps.” He would not say on Wednesday if the Governor’s office would appeal the ruling. He said the Department of Community and Economic Development [DCED] had raised concerns about releasing documents relating to the state’s two Amazon’s bids.

“This is still an evolving, highly competitive process,” he said. “There are concerns from experts at DCED that other states could amend their offers in negotiations with Amazon. An incentive package would need legislative approval, so it would get a full public vetting prior to being enacted.”

The OOR’s rulings on Wednesday were the latest in a series of responses to similar requests by other Pittsburgh media outlets. On Jan. 24, WTAE reported that the OOR ruled that the city and county must release copies of the Amazon bid as well as related emails.

The City of Pittsburgh has made the same argument about protecting trade secrets as the county and state; PublicSource is expecting to receive an OOR ruling on the appeal regarding the city by Feb. 19.

PGHQ2 — a subsidiary group of the Allegheny Conference managing communications on Amazon developments for its parent organization, the city and county — reiterated a statement it issued last week after WTAE won its appeals, saying the city and county would file appeals to OOR’s rulings in Commonwealth Court. It said the city and county’s legal teams “are currently reviewing those options.”

“We continue to believe that our proposal falls squarely within exceptions that protect competitive business proposals from disclosure until a final decision is made, and is consistent with how all competitive economic development opportunities are handled,” Phil Cynar, a spokesperson for the Allegheny Conference, wrote in a statement.

Amie Downs, a spokesperson for Fitzgerald, said she would not comment beyond the Allegheny Conference’s statement.

In a tweet on Wednesday, Allegheny County Controller Chelsa Wagner said the county should release the Amazon documents.

“As Controller, I urge the County to immediately comply with this ruling. Work produced with public funds and employee time cannot be withheld from view. These are basic principles of good government and, as this ruling reinforces, they are the law. #DemocracyDiesInDarkness,” she tweeted.

As Controller, I urge the County to immediately comply with this ruling. Work produced with public funds and employee time cannot be withheld from view. These are basic principles of good government and, as this ruling reinforces, they are the law. #DemocracyDiesInDarkness https://t.co/B1bl4ARJT8

Earlier this month, Amazon announced that both Pittsburgh and Philadelphia were considered finalists in its search for a home for its second headquarters. In response to a previous Right-to-Know request, Philadelphia released a copy of its Amazon bid but withheld information about specific incentives it offered the online retail giant.

After Amazon announced that Pittsburgh was a second-round finalist along with 19 other cities, Peduto told reporters he planned to appeal any rulings the OOR made that mandated the city release information about its proposal.

Most of the cities that ended up on Amazon’s shortlist didn’t release details of their proposals. The tax incentives made public include Newark, New Jersey, and Chicago, Illinois. New Jersey offered $7 billion in potential tax incentives, according to media reports. And the Chicago Tribune has reported that Illinois, the City of Chicago and Cook County collectively offered more than $2 billion in incentives. St. Louis, Missouri, released its bid as well but only after it became known that the city was not on the list.

Of the 20 cities named as finalists, only four — Philadelphia, Boston, Miami and Montgomery County, Maryland — made copies of their proposals public with varying levels of available information, according to MuckRock, a pro-transparency news outlet that’s filed 168 requests for bids from various cities.