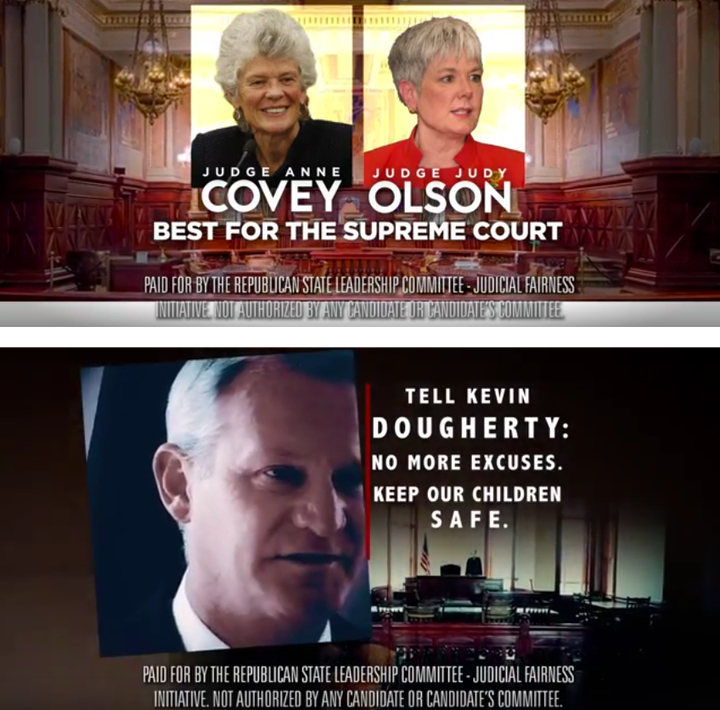 The Republican State Leadership Committee announced today that it plans to spend more than $1 million in television and digital advertising over the final two weeks of the Pennsylvania Supreme Court race.

So far, at least seven TV stations in Pennsylvania have reported $82,000 worth of ad buys from the group, which start airing today.

It is unclear whether the group is planning to release any advertising that mentions the third Republican candidate, Adams County Court of Common Pleas Judge Michael George.

It also released an ad, which PublicSource mentioned Tuesday, that attacks Philadelphia County Court of Common Pleas Judge Kevin Dougherty based on a case in which the committee alleges he “allowed a young girl to be placed in the custody of a convicted murderer.”

The committee is a national independent expenditure group, or 527 group, based on the Internal Revenue Service designation. This kind of group can buy “issue ads,” but can’t advocate for the election or defeat of a specific candidate or coordinate their work with candidates.

Pennsylvanians for Judicial Reform, a group funded primarily by Philadelphia trial lawyers and unions, has released attack ads against each of the three Republican candidates at a cost of at least $140,000 so far.

Those ads have been criticized by groups that favor impartial courts and the fair election of judges because negative ads can discourage people from voting.

Historically, judicial elections in Pennsylvania already see much lower turnout than midterm or presidential election years. The last time voters selected a new justice to the state Supreme Court in 2009, roughly 20 percent of registered voters cast a ballot in that race.