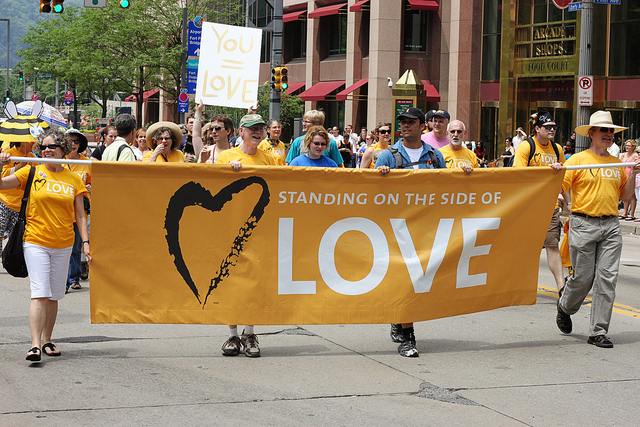 In June, the U.S. Supreme Court made a historic ruling that legalized gay marriage in all 50 states.

But more than half of them, including Pennsylvania, are failing to introduce legislation that protects lesbian, gay, bisexual and transgender (LGBT) individuals, according to a report by the Human Rights Campaign (HRC).

“Pennsylvania is one of 30 states in the country that lack explicit state-level workplace protections for all LGBT employees,” the HRC press release states.

Since 2009, Pennsylvania has enacted 14 laws that help improve equality statewide.

But the only LGBT non-discrimination law passed in Pennsylvania is for state employees. The state scorecard shows that there is no legislation protecting LGBT people from discrimination in housing, health care, employment, education, adoption, foster care, insurance, credit or jury selection.

When it comes to youth, schools are required to have suicide prevention policies, but the report states they have few limitations when it comes to bullying. The only kind of anti-bullying law in effect is for cyberbullying, which is an online or electronic method of bullying.

There are no protections for LGBT people involved in hate crimes.

All of this puts Pennsylvania in HRC’s lowest-tiered category: “High priority to achieve basic equality.”

Some areas across the state, like Allegheny County, have passed anti-discrimination laws.

“Despite some municipalities taking the lead in Pennsylvania, we need the state legislature to take action. Pennsylvania should be a place that treats all people fairly, not only because it is the right thing to do, but also to remain economically competitive in the region,” Ted Martin, executive director of Equality PA, said in a press release.

According to the HRC:

While more than 111 million people live in states where LGBT people lack clear state-level protections against discrimination in the workplace, the State Equality Index points to a few encouraging signs — particularly in areas related to LGBTQ youth, health, and safety. States like Utah, New York, and Illinois expanded access to equality for LGBT people and their families, while others strengthened existing hate crimes laws, improved access to transgender-inclusive healthcare coverage, and protected LGBT youth from harmful “conversion therapy.”

The State Equality Index (SEI) lists seven states as “working toward innovative equality,” with non-discrimination laws in most or all relevant areas, bans against private insurers blocking transition-related health care and the ability to change gender identity on official documents.

The other categories, “solidifying equality” and “building equality,” indicate there are some protections in place and potentially more on the way.