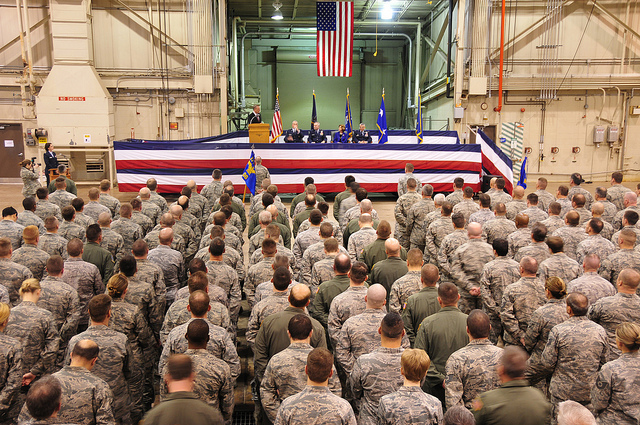 Southwest Pennsylvania has one of the densest populations of veterans in the United States.

And the region’s 235,000 former service members tend to fare well at finding work or school opportunities and participating in their communities after leaving the military, according to a new report by the Center for a New American Security [CNAS].

However, the issue of unemployment for veterans remains a persistent hurdle for veterans in the region and throughout the country, the authors wrote.

Researchers attribute some of the unemployment and economic hardship to the fact that area veterans use their GI Bill benefits significantly less than the national average. The benefits provide 36 months of education assistance to active duty or honorably discharged military.

Allegheny County contains about 90,000 of the veterans in Southwest Pennsylvania. About 9 to 12 percent of the populations of each of the 12 counties included the region are veterans, which is much higher than the national average of 6.7 percent. Most veterans in the region are older than 65.

The Department of Veterans Affairs (VA) spent $1.4 billion on Southwest Pennsylvania veterans in 2014, which averages to about $5,800 per veteran — 20 percent less than the costs throughout the United States. The VA spends more on veterans in rural counties because providing services outside of urban areas can be difficult, according to the report.

The majority of VA spending in Southwest Pennsylvania is on compensation and benefits and VA health care.

Although area veterans score very well in metrics of economic and educational success, the CNAS report identifies pockets of need for veterans care.

Primarily, CNAS found unemployment to be an issue. About one-third of the veterans surveyed for the report experienced some form of unemployment in the previous year. Post-9/11 veterans are also more likely to experience financial instability or hardship.

The surveyed veterans also reported feeling disconnected from the community, although one-third of them serve in a charity or support group. Only 38 percent indicated satisfaction with veterans services in the area.

Finally, sectors serving veterans fail to coordinate their efforts. CNAS reports that veterans are typically aware of the benefits and services available, but they have little faith in them.

Other key findings include:

The Heinz Endowments, which commissioned the report, contributes funding to PublicSource.