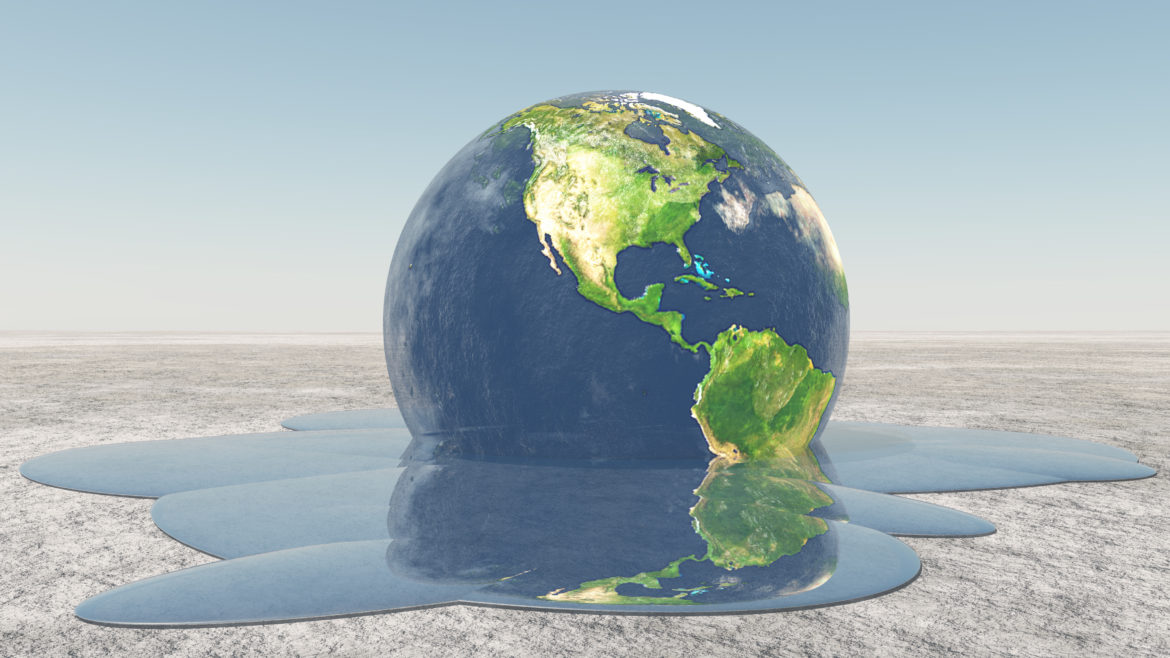 “Where were you when you first heard about [insert tragic event]?”

We all have our stories and memories for the biggest crises of our time. Usually, it’s a specific moment seared into our minds. I’m sure many of you were recalling one recently on the 18th anniversary of the Sept. 11 terrorist attacks. I know I was: I was in a high school French class, gasps and wide eyes around me as the announcement came over the speaker. I remember wondering if my brother, a cadet at the Air Force Academy, would be pulled away from school into a war.

These types of crises spring upon us and demand global attention immediately, but there is such a thing as a slow crisis — one that creeps for years, even decades, and has the capacity to harm even more people over more time and change life on Earth as we know it.

The creeping crisis of our era is climate change, and it’s not so slow anymore.

We, the collective residents of this planet, have been issued some deadlines in the past year for changing our ways and those dates are no longer generations removed. In October, a scientific report by the Intergovernmental Panel on Climate Change warned of catastrophic effects from rapid global warming. To contain the effects, we were given until 2030 to reduce human-generated carbon dioxide emissions by 45% from 2010 levels. We’ve got until 2050 to become carbon neutral.

That’s why PublicSource and more than 250 other news outlets throughout the world are embarking on the Covering Climate Now project. Together, we are dedicating our journalists to covering the climate crisis in concert from Sept. 16 through the next week. On Sept. 23, UN Secretary General Antonio Guterres will host the landmark international Climate Action Summit in New York, where leaders are expected to present plans to limit global warming.

We are based in Pittsburgh, so our stories, visuals, data and more will be focused on helping area residents understand where our region stands on addressing climate change. What are our leaders saying and doing? What can you as an individual do to reduce your carbon footprint? And what does Pittsburgh's future look like with the effects of climate change realized?

As we’ve been reporting and discussing climate change inside and outside of the newsroom, we’ve been recalling memories of when we first learned about the concept.

Some of us got a quick lesson on it in middle or high school science class.

Our executive director, who is from Kazakhstan, heard about it from a U.S. missionary and recalls working to understand the references made to greenhouse gases. Before that day, she didn’t know the translation for the word ‘greenhouse.’

But overwhelmingly, a lot of us just don’t remember when we first heard about climate change.

There are many reasons that could be. It’s a dense topic. It’s easier to just kick the can. It’s been politicized, muddying the waters of communication around what is happening and what needs to be done.

Climate change has been inherently slow, missing out on the focused attention that sudden crises elicit. So we are treating climate change like it’s breaking news. This approach could give droves of people their first awareness of climate change. And through that discovery, we have an opportunity to change the narrative and empower people to act.

This story is part of Covering Climate Now, a global collaboration of more than 250 news outlets to strengthen coverage of the climate story. PublicSource will publish more than a dozen stories between Sept. 16 and Sept. 23 on climate change. Follow along via our newsletter by signing up here or by bookmarking this project page.

Halle Stockton is the managing editor of PublicSource. She can be reached at 412-515-0065 or halle@publicsource.org.