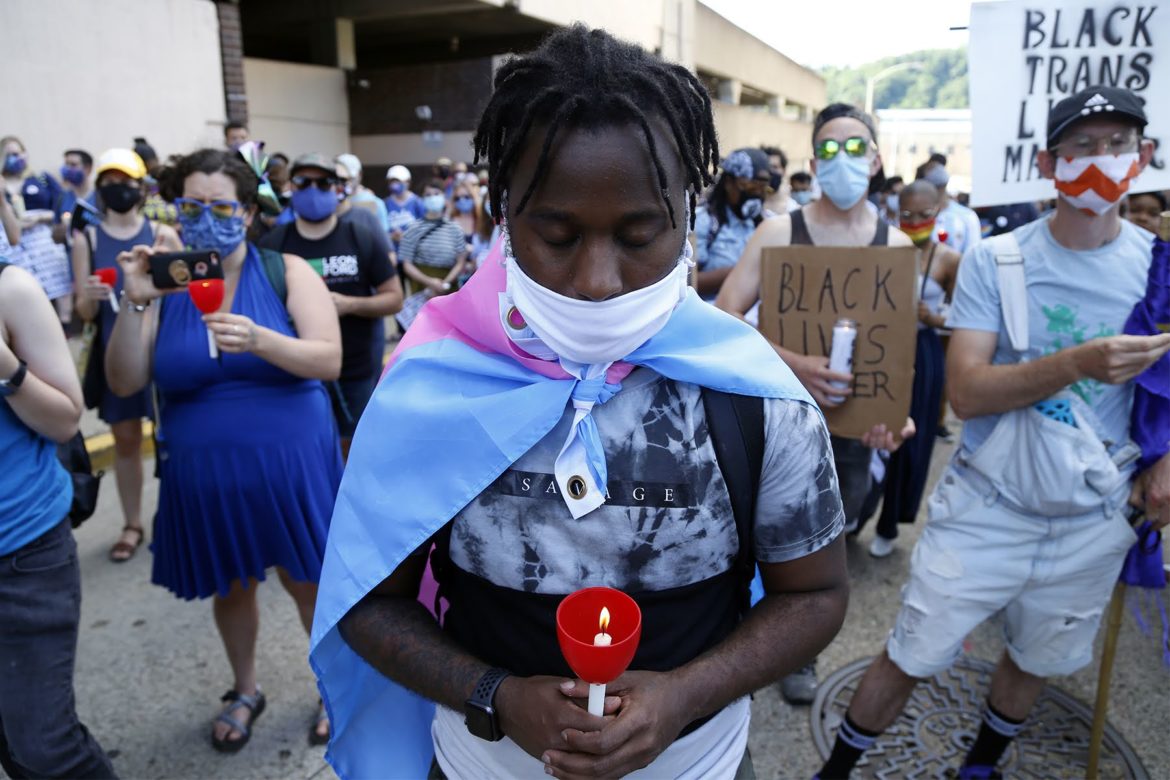 Rashod Brown, 29, of East Liberty holds a candle alongside others outside of the McKeesport apartment building where Aaliyah Johnson lived. (Photo by Ryan Loew/PublicSource)

On Friday, a crowd held candles outside of the apartment building in McKeesport where Aaliyah Johnson lived. They were there to honor her life — and demand a proper investigation of her death.

Johnson, a transgender Black woman, died on May 26 after falling from her window in Midtown Plaza Apartments. She was in her early 30s. Her death was ruled a suicide, but friends and family say there wasn’t an adequate investigation and demanded answers.

“Her death is not gonna be in vain,” co-organizer Dena Stanley told PublicSource. “We’re going to get the justice we deserve.” Stanley is the founder of activist organization TransYOUniting and a close friend of Johnson.

Johnson was a hairstylist, entertainer and commentator for the ballroom scene, an LGBTQ subculture started by Black and brown LGBTQ people.

The Allegheny County police are investigating her death. On June 15, the department issued a statement providing details of its investigation of Johnson's death, which the medical examiner determined to be a suicide. In the statement, Superintendent Coleman McDonough said that "detectives can say conclusively that she was alone" at the time of her death, based on security video from the scene.

Over 200 people joined the two-hour march and candlelight vigil that looped around downtown McKeesport, stopping at police headquarters, the apartment where Johnson lived and the intersection of Walnut Street and Sixth Avenue. 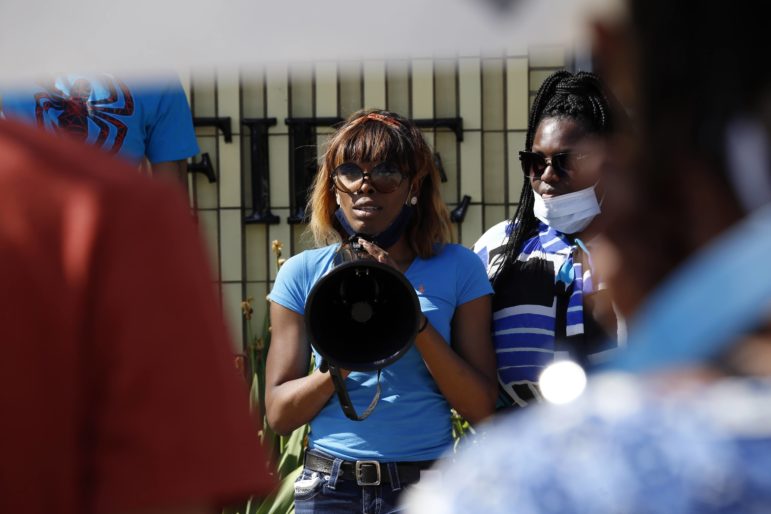 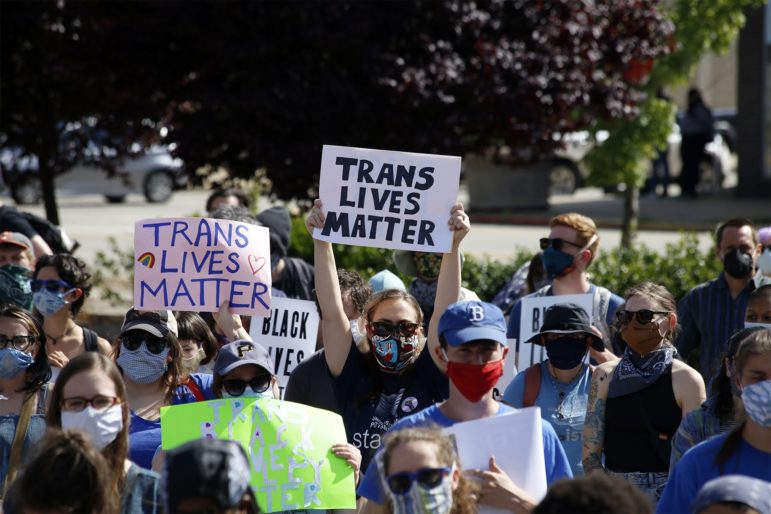 “I need some answers. Her family needs some answers,” said Johnson’s mother, Tonya Reed, while standing in front of the McKeesport Public Safety Building where the police are headquartered. “My child will not be pushed under nobody’s rug.”

Several friends and acquaintances shared stories and sentiments about Johnson’s life. “She was one of the best this city ever had to offer,” said Max Ryan, 32, who said he’d been friends with Johnson for almost 20 years. 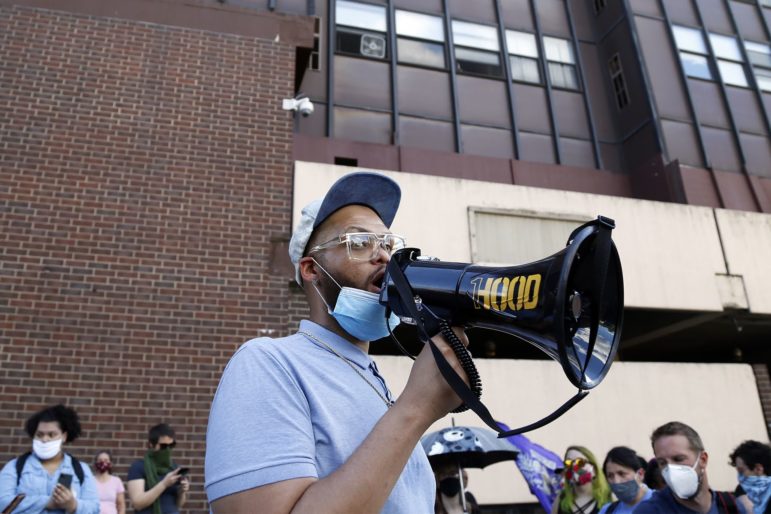 Terrance McGeorge, rally co-organizer and a close friend of Aaliyah Johnson, speaks to a crowd of rally-goers outside the apartment building in McKeesport where Aaliyah Johnson lived. (Photo by Ryan Loew/PublicSource) 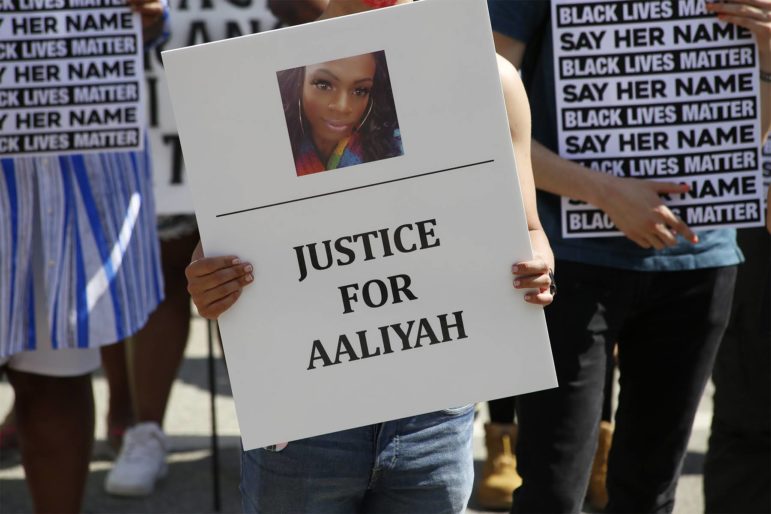 Over 200 people joined in a two-hour march and candlelight vigil that looped around downtown McKeesport on Friday to demand justice for Aaliyah Johnson and other Black trans people. (Photo by Ryan Loew/PublicSource)

“Aaliyah was someone who showed me what love was,” said childhood friend of Johnson Tinky Younger.

Update (6/17/2020): This story was updated to include information on the investigation of Johnson's death from the Allegheny County police.