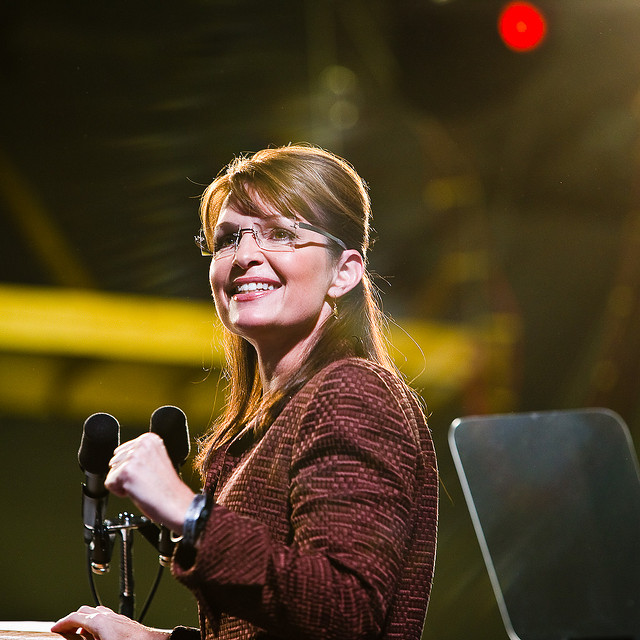 Former Alaska Gov. Sarah Palin’s leadership political action committee (PAC) is set up like any other leadership PAC to raise money to help other political candidates. But her committee — SarahPAC — actually spends very little of the money it raises serving that purpose.

During the first half of 2015, Palin’s committee contributed less than 4 percent of its overall expenditures directly to other candidates, according to The Center for Public Integrity.

Reps. Louie Gohmert, R-Texas; Trey Gowdy, R-S.C.; Raul Labrador, R-Idaho; and Ted Yoho, R-Fla., are among the 43 candidates to receive SarahPAC cash so far this year, with most getting $500 — the per-election federal limit is $2,700.

While a candidate’s campaign committee is subject to the Federal Election Commission’s restrictions on the personal use of campaign funds, money given to a leadership PAC can be used for virtually anything.

However, there’s a wide gulf between the fundraising materials distributed by the Palin committee and how its money is actually spent.

Its recent pitches to potential donors, however, suggest that a contributor’s cash will be used to “fight against the liberals like Hillary Clinton and Bernie Sanders,” or “stop the illegal invasion,” or help “defund and investigate Planned Parenthood.”

“Congress can squash a bad Iran deal and it’s time to let them know how you feel!” reads a SarahPAC email sent to supporters on July 14. “Donate $15 so we can use our influence to stop this bad deal! … Donate now to crush this BAD IRAN DEAL!”

Palin’s committee also paid more than $82,000 in travel expenses, including a $4,500 stay at the Waldorf Astoria in New York City.

Those high administrative costs bring into question whether money raised by the committee is being used as intended.

In the nonprofit world, the worst charities spend a high proportion of their budget on administrative costs and barely give any money to the causes they’re supporting.

Using some of the same tactics as these charities, such as sending an overwhelming amount of mail, some political groups are raising lots of money, but not doing much to provoke the promised change, according to the Center for Responsive Politics.

A network of six PACs with the same treasurer raised $2.2 million from April through June and only gave $1,000 to a single representative.

They spent most of the money that they raised on telemarketing, direct mail and consulting firms.