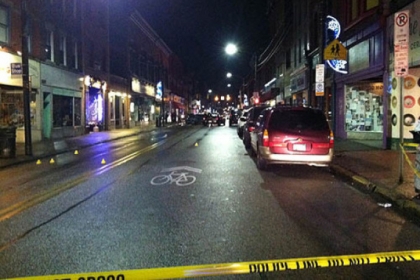 After years of complaints, Pittsburgh in 1997 became the first U.S. city to agree to federal oversight of its law enforcement.

In 2005, when the oversight ended, police used force 1,900 times, according to a collaborative project on police reforms by Frontline and The Washington Post.

Eight years later, Pittsburgh police were using force more often, with 2,727 incidents reported in 2013, according to the story. Curiously, citizen complaints dropped. In 2006, the department received 126 complaints. In 2014, the total was 48.

That decline, experts said, could indicate that residents are losing faith that their complaints will be addressed.

Turnover in the chief’s office and major violent incidents have made for uneven progress, civil rights groups said. “What we’ve seen is a good amount of back­sliding,” said Witold “Vic” Walczak, legal director of the Pennsylvania ACLU who helped prepare the suit alleging civil rights abuses­ that brought in the Justice Department.

While the Pittsburgh Bureau of Police was called a “model” for the nation in 2005, problems that led to federal oversight did not disappear.

In 2010, Jordan Miles, an unarmed black teenager was beaten in Homewood by police who feared he was holding a weapon. Police acknowledged that it was a mistake — a Mountain Dew bottle allegedly in his coat was feared to be a weapon. Miles, who has said he was jumped by officers in an unmarked car while walking to his grandmother’s house, said there was no bottle.

In 2012, Leon Ford, also unarmed and also black, was shot and paralyzed in a traffic stop after an officer who had climbed into his car thought he was reaching for a gun. Ford was put on trial for many charges, including resisting arrest and assault, though the prosecution failed.

Nathan Harper, the police chief who presided over the bureau during both incidents, was sentenced to federal prison in February 2014 following a corruption conviction.

Now, Chief Cameron McLay, one year into the job, has said his major task is repairing the greatly strained relationship between police and the community.

McLay told Frontline and the Post that problems at the bureau were tied to “a breakdown in the systems of accountability.”

“You can gain compliance with policies and get people to stop engaging in dysfunctional behavior,” McLay said, “but unless you change the way people feel about their job and start holding themselves responsible . . . the accountability will last only as long as I do.”

While use of force data tells a mixed story, federal officials and activists said federal oversight led to other improvements.

Pittsburgh is the only city in Pennsylvania whose police faced a consent decree, an agreement with the Justice Department to fix civil rights problems. However, federal oversight of nearby Steubenville, Ohio, began in 1997. Oversight of Cleveland began this year.

About three-quarters of Americans who experienced police force consider it to be excessive, the study said.