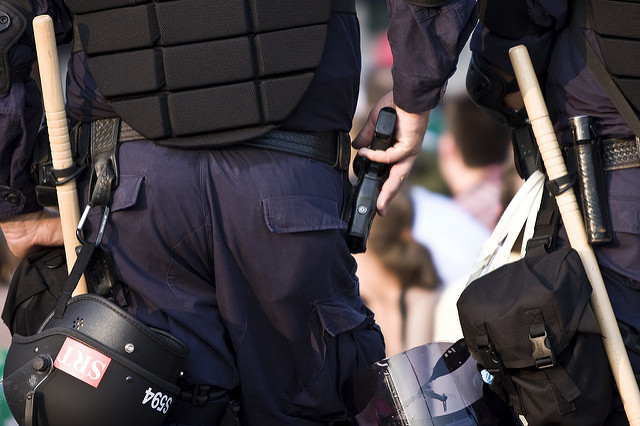 The federal government is finally hoping to fix its tally of people killed by police.

It’s only after news outlets like the Guardian and The Washington Post took it on themselves to track fatal incidents and deaths in custody that the U.S. Justice Department realized how wrong official numbers have been for many years.

Now, to catch up, the feds want to make reporting on all police-related citizen deaths mandatory for law enforcement.

So far this year, 13 Pennsylvania residents have been killed in incidents involving police, according to the Guardian’s real-time count of fatalities. The list includes Bruce Kelley, who was killed in January by Allegheny County Port Authority police after he stabbed a police dog, and Edward Gorinski, who was killed in March by State Police in Greensburg during an armed carjacking.

If the public isn’t informed on fatal incidents, transparency advocates say there’s no way to judge if police were justified in their actions. Most investigations are kept confidential, and criminal charges are rare. Police voluntarily report information on deaths to the federal government. Some don’t at all.

In a recent filing in the Federal Register, the U.S. Bureau of Justice Statistics said an “accurate and comprehensive accounting of deaths that occur during the process of arrest is critical” for police to be able to serve residents with transparency and to hold officers accountable.

In 2015, 24 residents were killed in incidents involving police in Pennsylvania, according to the Guardian.

Raymone Davis, who was armed, was killed in December by an off-duty Pittsburgh officer during an alleged bank robbery. Tyrone Harris was killed after allegedly exchanging gunfire with several Pittsburgh officers in June. Leslie Sapp III was killed while pointing a pellet gun in an incident involving U.S. Marshals, the Allegheny County Sheriff’s office and State Police.

The listing also includes Frank Smart, who died in custody at the Allegheny County jail after suffering a seizure. Physical restraint was a contributing factor, according to the county medical examiner, though the incident was ruled a natural death.

The Guardian began keeping track of fatal incidents to make up for holes in the official stats. The Washington Post separately tallies fatal shootings.

More than 1,100 people were killed nationwide in incidents involving police and other law enforcement last year, the Guardian said, including fatal shootings and deaths in custody.

The government-kept tallies from prior years trail that total, leaving officials to conclude that their numbers are wrong.

If you wanted those 2016 numbers from the FBI, you’d also have to wait at least a year, if the release schedule keeps pace with past reports. You also might see only a portion of deaths.

For instance, the most recent federal stats available are from 2014. They show five incidents ruled as justifiable homicides by police, all involving either state troopers or police in Philadelphia.

Clearly missing, however, are fatal shootings by officers in Pittsburgh and Penn Hills, which are listed in county homicide tallies kept by the New Pittsburgh Courier.

The Bureau of Justice Statistics aims to replace the old federal system by requiring police departments to inform them of deaths or to make clear that no deaths occurred.

The bureau will also search media reports to identify deaths and to ask departments to confirm and provide additional information.

While this improves stats going forward, it still leaves years of official data on deaths involving police knowingly incomplete. The Guardian estimates about 2,100 deaths are missing from federal stats over an eight-year period beginning in 2003.