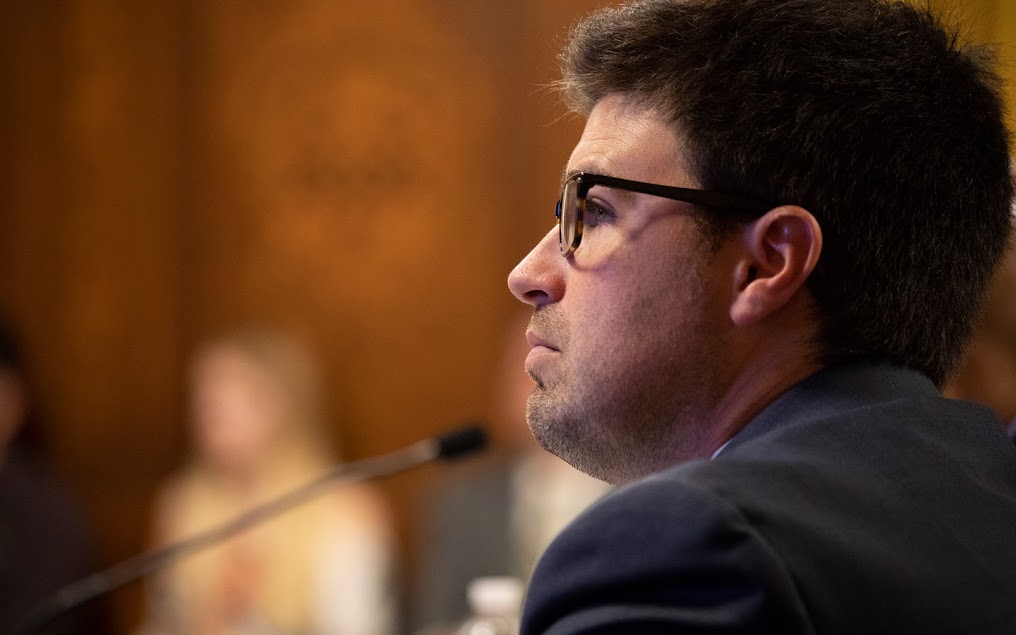 Pittsburgh officials are urging local governments across the country to join them on instituting new gun control laws after the October mass shooting at the Tree of Life synagogue.

The strategy is meant to scatter the attention of the National Rifle Association [NRA] which has been known to aggressively sue municipalities over gun ordinances.

“If we can get 50 to 100 to even more cities, [the NRA is] fighting on a front all across the state of Pennsylvania, all across the country,” Councilman Corey O’Connor told about 50 residents Wednesday night at an event hosted by CeaseFirePA.

Pittsburgh council members vowed to enact local gun laws in the days following the Oct. 27 mass shooting at the synagogue in Squirrel Hill. In doing so, the city would be knowingly shrugging statewide prohibitions on local gun rules and inviting fierce legal opposition from the NRA.

According to O’Connor, Pittsburgh’s expected bills include:

No details on the legislation have been released. A fourth potential bill, which would relate to background checks, may also be included, O’Connor said at Wednesday’s event at Winchester Thurston School in Shadyside.

Gunman Robert Bowers killed 11 people at Tree of Life. He was armed with an AR-15 assault-style rifle and three handguns, all purchased legally.

The NRA unsuccessfully sued Pittsburgh twice over a 2008 ordinance requiring gun owners to tell authorities if they realize their weapons are lost or stolen. (The ordinance remains on the books but is not enforced).

“This is going to be a tough fight for Pittsburgh,” said Shira Goodman, executive director of CeaseFirePA, a statewide advocacy group focused on reducing gun violence.

A call seeking comment from the NRA was not returned Thursday morning.

Pittsburgh, along with Philadelphia, passed an ordinance in the early 1990s to regulate some assault weapons. State lawmakers responded by amending the Uniform Firearms Act to explicitly prohibit local control.

Kim Stolfer, co-founder of Firearms Owners Against Crime [FOAC], told PublicSource for a previous story that he believes Pittsburgh officials are prohibited from discussing gun control measures because of a stipulation the city signed in 1995 in a court case he and other gun advocates filed in response to Pittsburgh’s ordinance. The city promised to “abide by and adhere to Pennsylvania law.”

In 2014, the state Legislature passed a law to lower barriers for groups like the NRA to sue municipalities over gun laws. That law was thrown out on a technicality. New versions were introduced in the statehouse but did not pass.

“This is going to be a tough fight for Pittsburgh.” 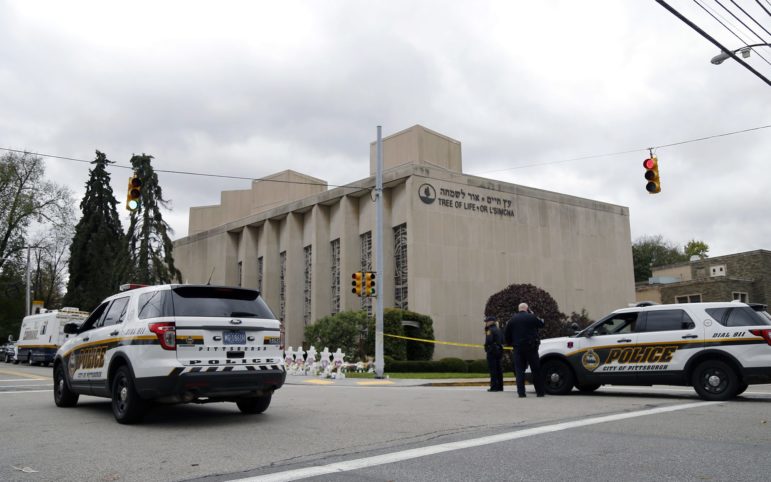 On Oct. 27 a gunman opened fire inside the Tree of Life synagogue in Squirrel Hill, killing 11 people and injuring six others, four of whom were police officers. It is believed to be the deadliest attack against Jews in U.S. history. (Photo by Ryan Loew/PublicSource)

Opposition is built into Pittsburgh’s strategy. If sued, O’Connor said the goal is to take the case to the Pennsylvania Supreme Court, which he believes could be sympathetic to Pittsburgh.

Recently, Pennsylvania passed a law to more aggressively take firearms from gun owners who have a domestic violence conviction or are the subject of a protection-from-abuse order. That is a break from the norm in a largely conservative statehouse.

O’Connor is hopeful, however, that Pittsburgh’s planned “extreme risk protection” bill could be passed as a statewide measure. Rep. Todd Stephens, R-Montgomery, in a recent bill proposed creating a legal process to temporarily take firearms from individuals if they are deemed to be at risk of harming themselves or others. The NRA opposed the bill.

Meanwhile, O’Connor said he’s called leaders in more than 30 Pennsylvania municipalities, hoping they will join ranks. Some were supportive, he said. Nationally, Pittsburgh is seeking allies in cities that have seen the damage of gun violence. O’Connor didn’t list cities but said he spoke with Atlanta’s city council president on Wednesday.

“We believe we’re on the right side of history here,” O’Connor said. “Let’s fight.”

On Thursday, in between council budget hearings, Councilwoman Erika Strassburger said having several municipalities introducing multiple bills is key. She hadn't yet heard from any municipalities in Allegheny County interested in joining the effort but said officials were reaching out to every third-class city in Pennsylvania.

Third-class cities are allowed to govern themselves by a home rule charter and other means, but the state limits the types of laws they can pass. Harrisburg, Allentown, Johnstown and Erie are all considered third-class cities, along with 49 others in the state.

Strassburger added that council is planning to introduce a Will of Council proclamation that will ask the state for permission to pass gun laws.

She acknowledges the need for change beyond Pittsburgh’s borders.

"We fully understand there's only so much one municipality can do,” Strassburger said. “If it's one isolated municipality like Pittsburgh banning X, Y or Z, someone going outside of the city...could certainly access these types of firearms and add-ons."