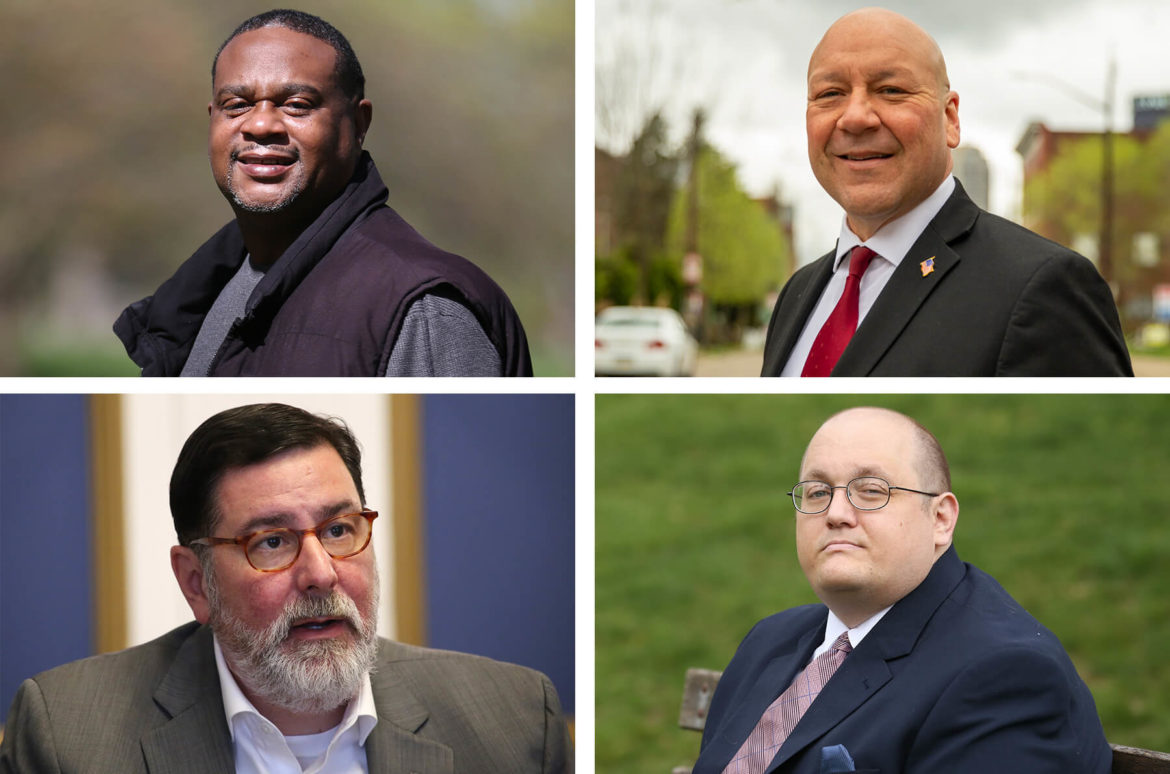 Will the City of Pittsburgh revoke its parks tax? Spend more on green infrastructure to confront flooding and climate change? And should the mayor of Pittsburgh take a stand on issues that go beyond city limits, like fracking and green energy?

Although the first mayoral debates focused on issues like affordable housing and policing, the four candidates offer sharply different records and plans for the city’s environmental future. PublicSource asked how the candidates would address the many environmental challenges that one would face as mayor.

We asked the same questions to contrast their ideas and then edited down the answers to highlight their most substantial proposals and biggest areas of disagreement.

[If you want to hear the candidates’ full answers, listen to the wide-ranging interviews here.]

Listen to the interviews