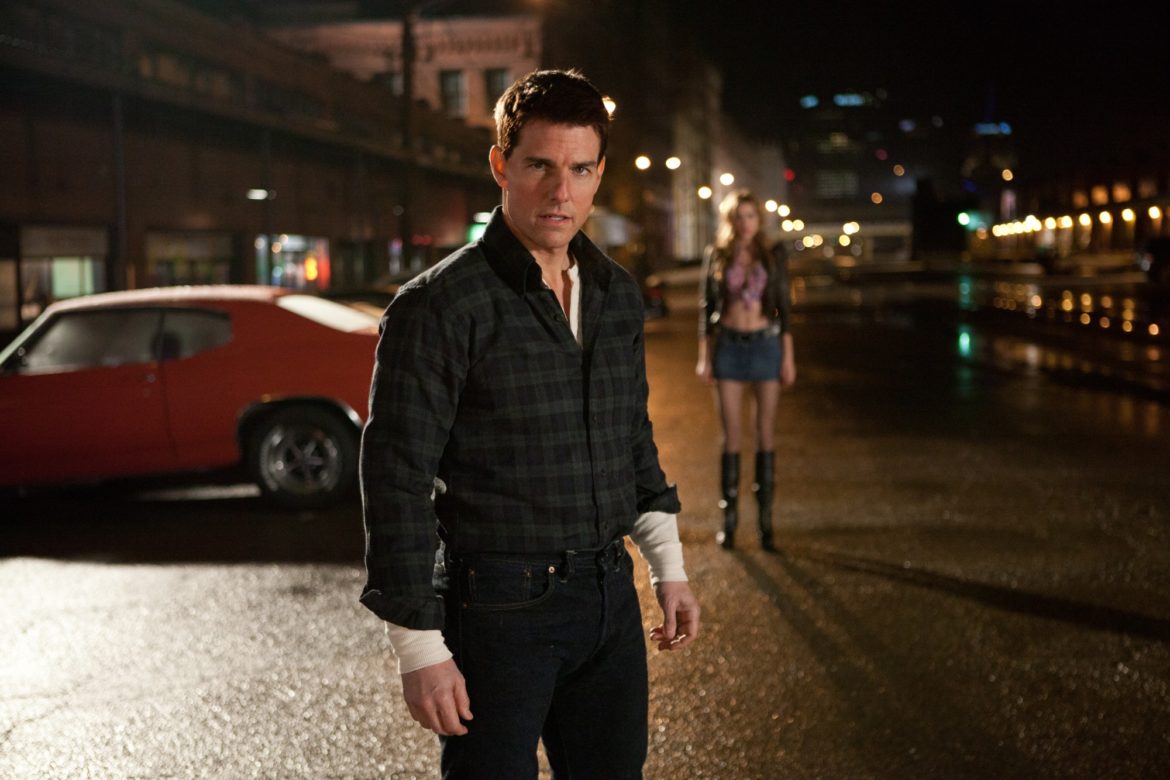 Jack Reacher, starring Tom Cruise, filmed in and around Pittsburgh. The Strip District was the location of a raucous fight scene in the 2012 movie. (Photo courtesy of Paramount Pictures)

Tom Cruise steps out of a smoky bar into the cold night’s air to fight a group of cocky punks. Before he punches and kicks them into submission, he gives their leader a final offer, “It’s your last chance to walk away.” Behind Cruise, lights on the Strip District’s telltale produce terminal illuminate the scene.

“Are you kidding? It’s five against one,” the leader says, against the backdrop of the St. Stanislaus Kostka Church.

The fight scene from the 2012 movie Jack Reacher, bolstered by the recognizable Strip District, is one of those moments when Pittsburgh landmarks show up on the big screen and become an important point of pride for our community.

But they come at a steep price for Pennsylvania taxpayers. Pennsylvania gives out $60 million a year in film production tax credits to bring in movies and television shows. Jack Reacher, for instance, received more than $14.5 million in tax credits.

Hundreds of other productions have been lured to Pennsylvania since the film tax credit was established in 2007. The tax credit gives film or TV companies a 25 percent rebate on almost all of their film-related expenses made in the state. To qualify, a production has to spend at least 60 percent of its budget in Pennsylvania.

The tax credit program was intended to grow the state’s film and TV industry. The goal was to bring in large- and small-budget productions, establish a corps of experienced workers and spur private investment. Pennsylvania workers earned nearly $320 million on these productions, compared to more than $490 million for out-of-state workers. It's undisputed that there are economic benefits for the state and workers by bringing the film industry to Pennsylvania, but all that seed money, fronted by taxpayers, hasn't been used in ways that would've had the most benefit.

In fact, nearly every single film tax credit dollar has been used in unexpected ways, subverting how taxpayers likely envision the system working.

As a result, millions of dollars in tax credits are not only misallocated, but also wasted. PublicSource obtained records for 339 film and TV projects that were approved to receive $521 million out of the $546 million allocated to the film tax credit program since 2007.

Instead of reviewing how effective the program truly is, state lawmakers, led by Democrats, decided to throw another $5 million at the program this summer, beginning July 1. In recent years, there’s also been talk of funneling another $35 million into the program or even doubling it. Were state lawmakers to review the program like we did, they would have found that it has not created a large infrastructure of workers in Pittsburgh and there is no evidence that it has spurred private investment.

The largest Pittsburgh soundstage, 31st Studios, was in Chapter 11 bankruptcy proceedings for much of 2016. That’s a red flag for any film company that wants to shoot here long term. 31st Studios, housed in a former steel mill, is also criticized because it wasn’t originally designed as a soundstage. There aren’t any facilities in Pittsburgh that were built for the film industry.

While local union membership has grown, the total film workforce has been about 1,500 people since 2007, according to a 2015 report commissioned by the Pittsburgh Film Office. While the total workforce hasn’t grown, our area is pumping out graduates who are training in aspects of the creative and business sides of film production. Many of them go to Los Angeles or New York to find work.

Dawn Keezer, director of the Pittsburgh Film Office, says she needs $100 million per year from legislators to grow the film industry.

And maybe she’s right. It might take more money to have an impact. Because right now, almost a quarter of that yearly allotment is being siphoned off to Pennsylvania companies.

Over the past decade, the state has awarded more than $116 million to Pennsylvania-based companies, such as QVC, the TV shopping channel, that could’ve gone to Hollywood productions. QVC has used tax credits to make programs that include, “Big Bonanza Silver Day,” and “Bob Mackie Wearable Art.” Productions coming from California have received $380 million in tax credits.

The original purpose of the program was to attract out-of-state productions and grow the film industry in a way that made it a permanent part of the Pennsylvania economy.

However, the state has been subsidizing Pennsylvania companies, primarily in the Philadelphia region.

He has previously sponsored legislation that would have severely limited the ability of companies like QVC from receiving the film tax credit. The proposed bill went nowhere.

“QVC operates in certain places in this state and to cut them out at this point would lose votes,” he said.

The money Pennsylvania puts toward film production also loses some of its impact because those tax credits can be sold to other companies. And this is not just a sparingly-used alternative toward reducing your own taxes.

Roughly 99 percent of all film tax credits over the past eight years were sold to non-film companies.

Out of $521 million in tax credits, we could only find evidence of about $3.5 million being used by film companies to offset their Pennsylvania taxes.

For instance, Jack Reacher’s $14.5 million worth of tax credits were all sold by Paramount to Apple. Apple paid $13.3 million, meaning they improved their bottom line by about $1.2 million, the difference between the value of the tax credit and how much they paid.

“It would be cheaper for Pennsylvania to cut a check to the film companies directly,” said Antony Davies, a Duquesne University professor of economics. But it might not be as politically palatable, he added.

In the rare instances where a film company uses its tax credits to reduce its Pennsylvania taxes, the figures are often small.

That $8.65 million in tax credits was purchased for $7.7 million, so PECO saved about $1 million by buying a film tax credit.

Utility companies are big customers for the film tax credit. Armstrong Utilities has purchased at least $5.3 million in tax credits, and Duquesne Light has bought at least $3.8 million worth.

The last time a government entity looked into the operations of the Pennsylvania Department of Community and Economic Development, they found the department was not measuring the success or failure of five economic development programs.

The report from Auditor General Eugene DePasquale showed that the department had no performance metrics or goals that it tracked, when the audit was released in December 2014.

“As a result of these findings, we concluded that DCED did not provide true accountability and transparency to the General Assembly and the public.”

The department disagreed with the auditor general — and with PublicSource when we raised similar issues regarding the film tax credit program, which was not part of the audit.

In response to the auditor general’s conclusions, the department wrote to PublicSource that the 2014 report “was peppered throughout with general comments that seem more like opinion than fact, incongruous in an audit and, in many cases, are not supported by facts. Nevertheless, they were findings that came prior to the Wolf Administration and we feel strongly that we have addressed those concerns.”

Many companies, like small businesses and larger industrial companies, apply for economic incentives with the promise that they will create jobs, boosting the economy. Yet this 2014 audit shows that only 56 percent of companies evaluated created and retained the amount of pledged jobs, which meant DCED had spent more than $200 million on those programs without seeing if the taxpayers’ investment had accomplished its goals.

PublicSource provided the department with a detailed list of questions to find out if anything had changed since the audit. The department could not — or chose not to — detail any figures or metrics that it uses to evaluate the success or failure of the film tax credit program. The department also did not say how it evaluates which productions should receive a tax credit and which ones should not, which raises questions about the type of metrics used to evaluate the applicants. We didn’t find any evidence that metrics even exist. Were these productions that receive tax credits the most worthy or beneficial to the economy? How do they measure that? Is it based on merit, or favoritism?

The department said it dutifully files the required film tax credit annual report, which DCED is required to file with the Legislature and which includes the number of funded projects, the size of each production and basic information on tax credits that were sold in the previous year.

The department did not make any officials available for an interview over a two-week period to discuss our findings on the film tax credit program.

When asked what steps DCED Secretary Dennis Davin has taken to improve transparency, the department chose not to answer that question as part of a written response.

Pennsylvanians may argue that the excitement of seeing their neighborhood on the big screen cannot be measured. But it's exploitable. State legislators love taking credit for bringing Hollywood’s attention to their districts as they field the enthusiastic calls, emails or comments from residents.

“They love when films are made here,” Fontana said. “It's part of the quality of the life and what we do for our citizens and our residents.”

That’s in part why the last three Pennsylvania governors, two Democrats and one Republican, have supported it: Ed Rendell, Tom Corbett and Wolf. 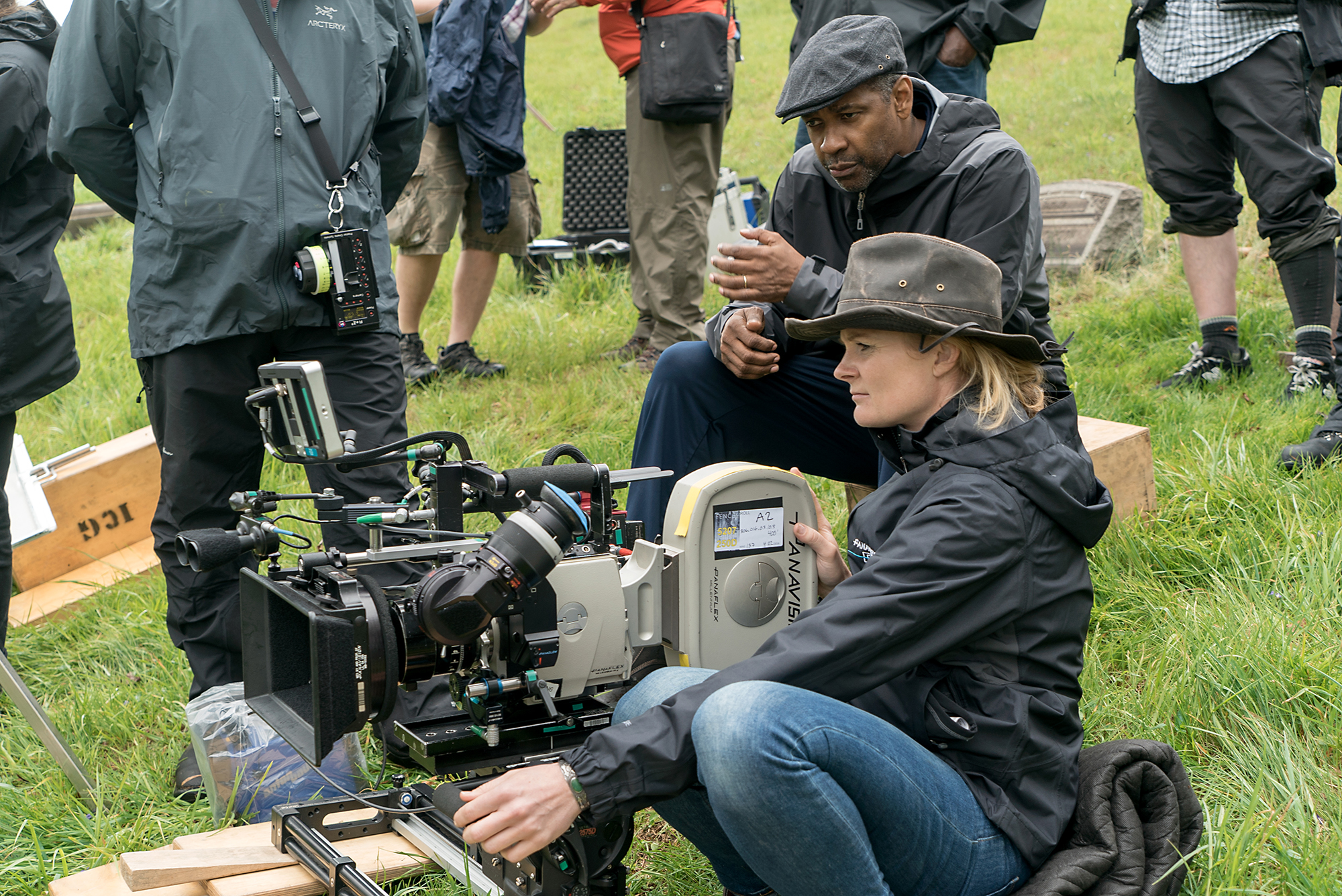 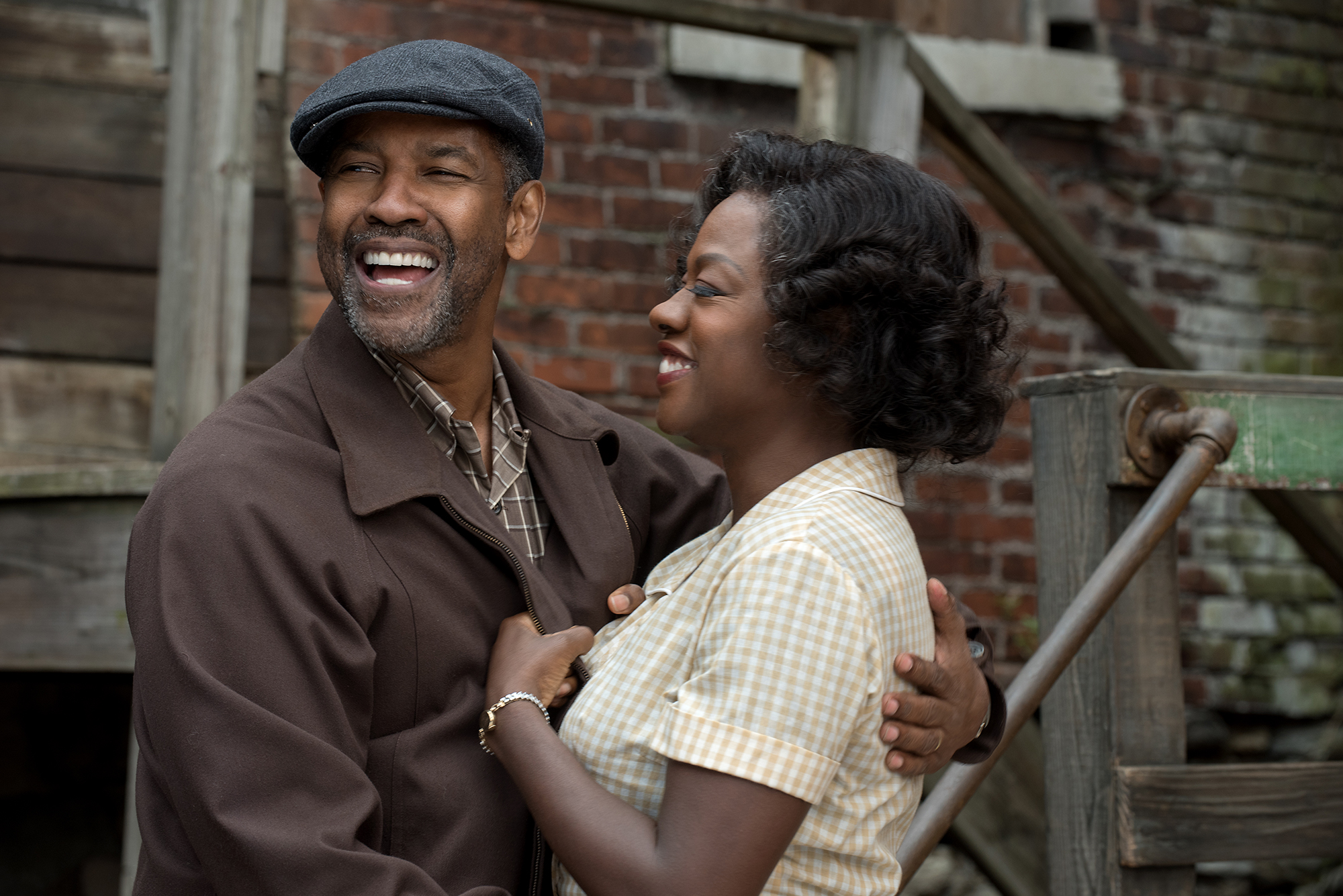 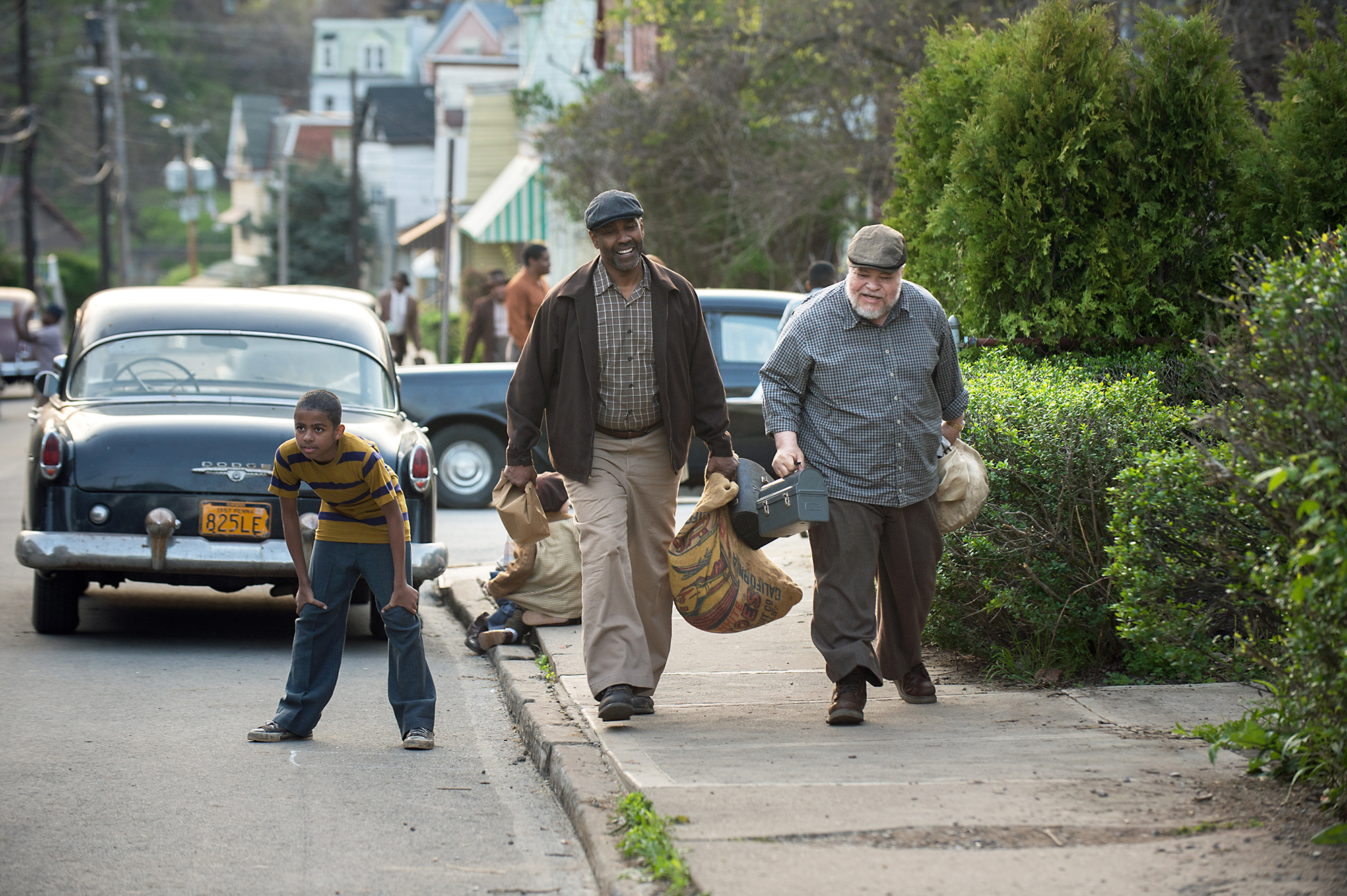 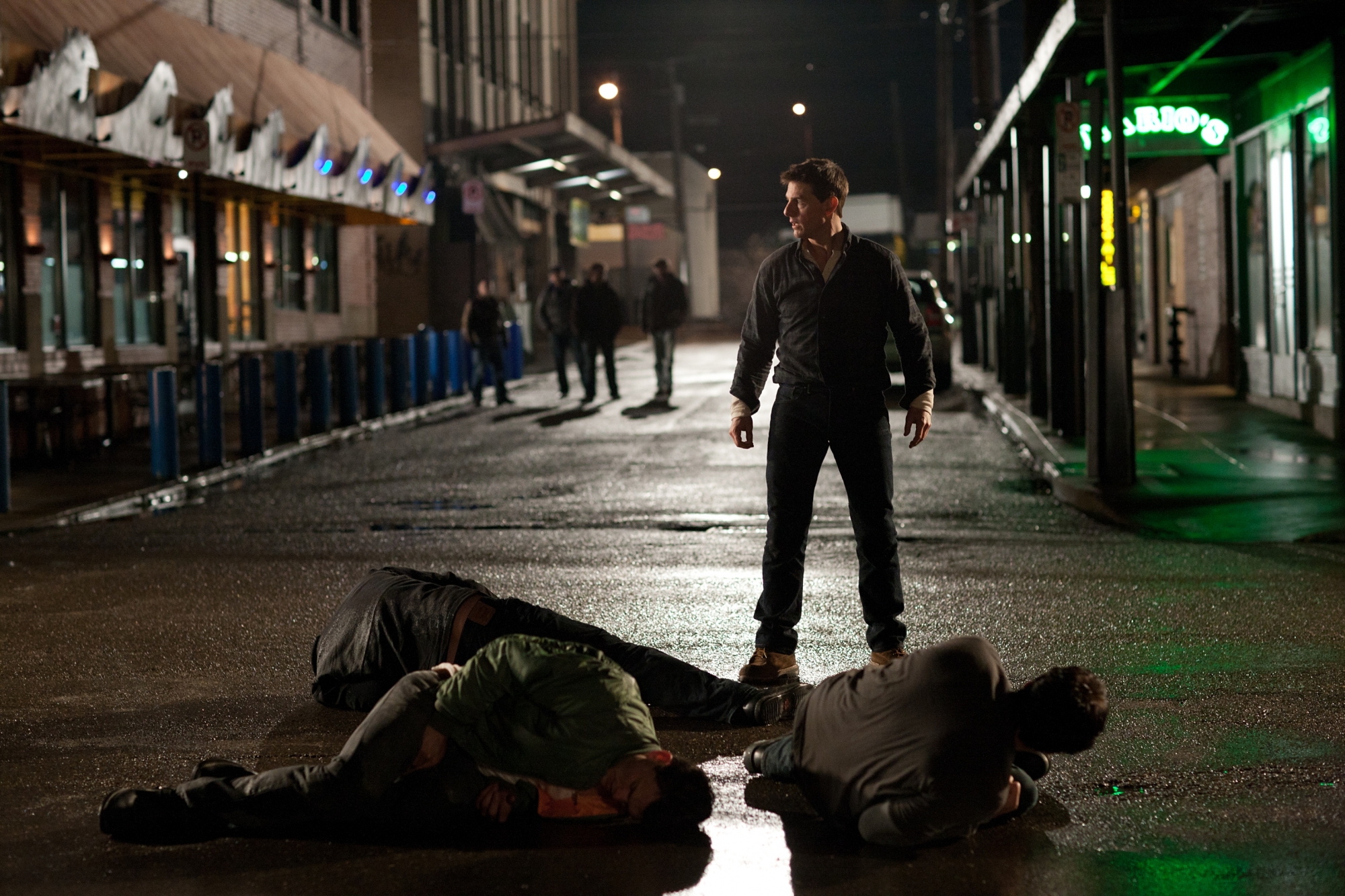 Jack Reacher, starring Tom Cruise, filmed in and around Pittsburgh. The Strip District was the location of a raucous fight scene in the 2012 movie. (Photo courtesy of Paramount Pictures) 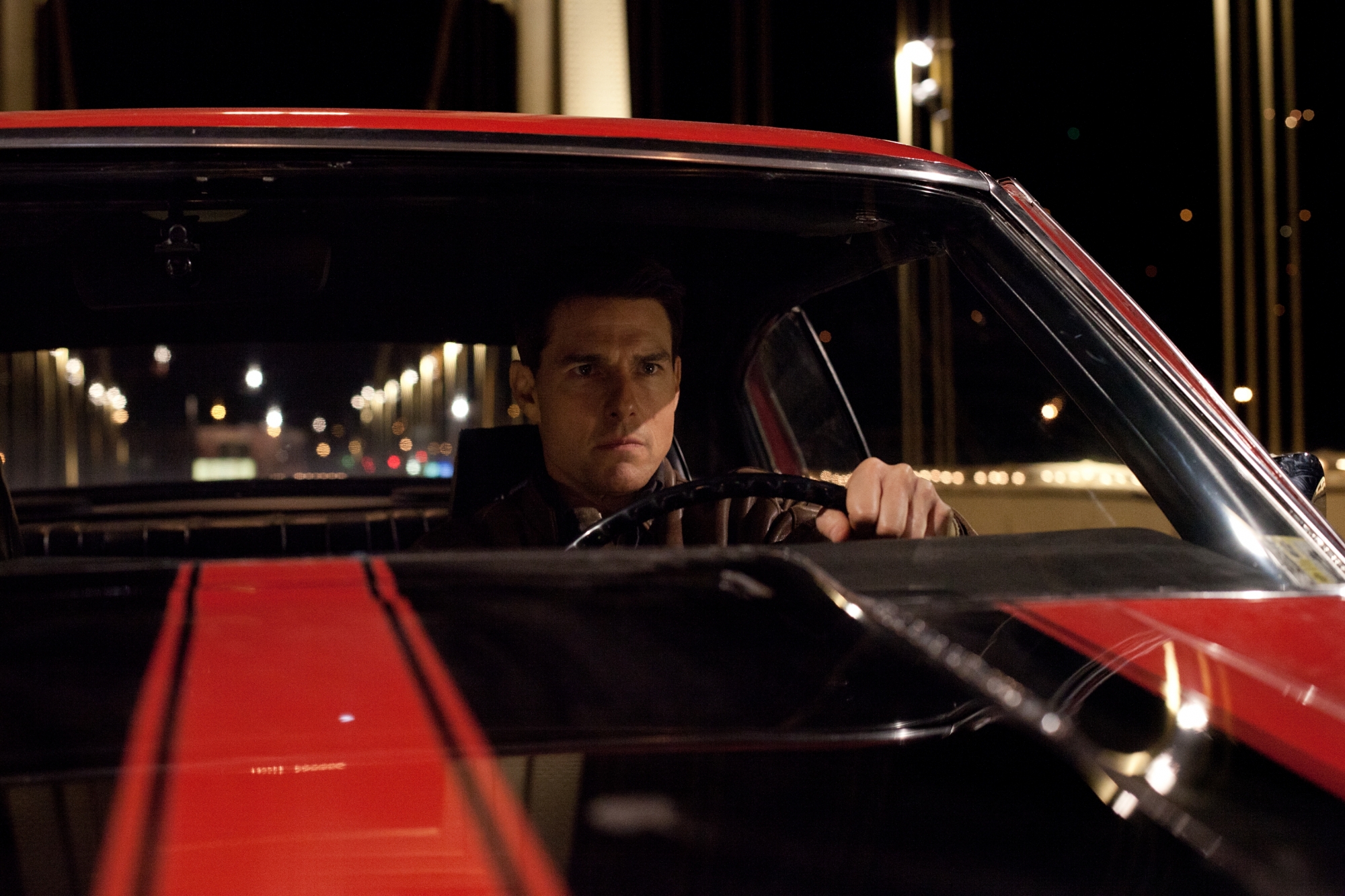 2 3 4 5 Jack Reacher is a thriller in which Tom Cruise plays an investigator who tries to vindicate an Army major with whom he had served. (Photo courtesy of Paramount Pictures)

The opposition is largely from Democrats and Republicans in rural areas that are less likely to benefit from the film tax credit and from members ideologically opposed to tax credits.

While almost every state has a film tax credit program, several states, such as New Jersey, have cut back or eliminated their film tax credits in recent years due to budget shortfalls. The moviemaking industry is transient, following the most aggressive tax breaks to Canada and Louisiana, Michigan and Georgia.

The real question is: Can Pennsylvania afford to keep a program that wastes 30 cents of every dollar, given the looming budget deficit? The state has tried to put a lot of money into this industry, but hasn’t been able to grow the number of workers in Pittsburgh.

Before the end of the year, Wolf laid off more than 500 state employees and suspended funding for another economic development program, the Keystone Opportunity Zone, all because the state is strapped for cash.

In this climate, it's more important than ever for the state’s decision-makers to take the steps to follow the money and identify waste.

It’s much easier to sit back and receive enthusiastic calls from constituents that Tom Cruise is at the neighborhood deli. But that’s not a fiscal strategy.

The Fund for Investigative Journalism helped to fund this project.