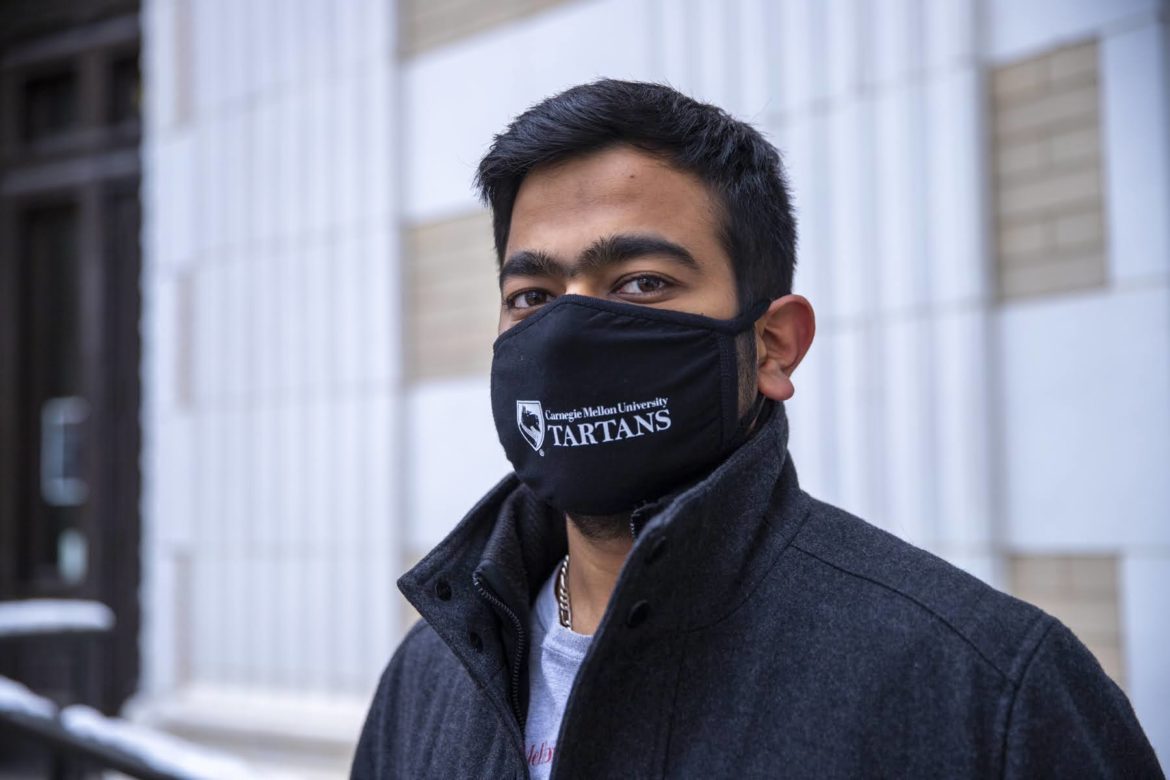 As an undergraduate student applying to graduate school in 2016, I thought of the U.S. election all the time. President Donald Trump was campaigning on anti-immigrant rhetoric, and I faced an important question: Should I go and do research at Carnegie Mellon University during this uncertain time? It wasn't clear at that time what changes the Trump administration might make over the years, but choosing to be optimistic about the future, I decided to come to Pittsburgh to embark on a new journey. I was likely making the biggest move in my life — one that would take me over 7,295 miles away from my home in Chandigarh, India. At that time, who knew that Pittsburgh and its people would embrace me as one of their own? Since then, I have graduated with a master’s degree and started a Ph.D., while conducting cutting edge research in the field of artificial intelligence.

In that time, the Trump administration has continued the political rhetoric that often comes across as unwelcoming to international students. Right out of the gate, we saw the first travel ban. That made it clear to me that what I perceived as rhetoric really would translate into actual policy, potentially leading to a tremendous amount of uncertainty and even harm. And it did for Srinivas Kuchibhotla, who first came to the U.S. as an international student to attend the University of Texas at El Paso. He was shot and killed in 2017 by a man who first yelled, “get out of my country,” while also using other racial slurs.

The administration has mostly followed through on its political rhetoric by implementing multiple policies gutting immigration to the country. So much that this year, legal immigration to the U.S. was at lower levels than any time after World War II — the president built his promised wall out of paper.

Now the country has elected a new president. Campaigning on the promise to “Build Back Better,” President-elect Joe Biden gave hope to a lot of people, and as any election, there were many who disagreed with his message and his vision for the country. Vice President-elect Kamala Harris is a daughter of two immigrants, her mother from India and father from Jamaica. Like me, both of her parents came to the U.S. as international students in the hope for a better life and a better future.

But over the last few months, I have talked to multiple students overseas looking to pursue graduate studies, many of whom despite being highly qualified, are deciding not to apply to the best universities which are right here in the U.S. The biggest reason: a growing unwelcoming environment that has only worsened over the past few years.

Nothing is happening in the U.S. that isn’t being watched or interpreted around the world, including by prospective students. Whether it was the executive order banning the entry of some Chinese graduate students or the ban on H1B visas or trying to kick international students out of the country or reducing the length of student visas, these policies paired with the coronavirus pandemic have caused the numbers of new international enrollments to US universities in Fall 2020 to drop by an unprecedented 43%, continuing a downward trend since the 2015-2016 academic year.

One applicant from India who deferred applying until after the 2020 presidential election said to me, “In the middle of the pandemic, when the Trump administration decided to send back the students, it made us realize that they don’t consider the concerns of international students, and that we don’t belong in the country.” Another student from Germany, who decided not to come to the U.S. but chose to attend the University of Toronto, told me how Canada’s welcoming nature played a crucial part in his decision. Canada relaxed its rules to allow international students to stay in the country during COVID, contrary to the now-rescinded U.S. policy that would have deported students who didn’t continue in-person classes.

These students are not alone, as we have seen the number of newly enrolled international students decline 8% nationally between the fall of 2016 and 2019. Not only that, many international students graduated from CMU and moved to Canada because of the growing anti-immigrant sentiment in the U.S., based on the unfounded belief that immigrants are hurting this country. Whose loss is it? It is a global market for talent, and the U.S. is falling behind.

The implications of these policies are massive for Pennsylvania and the nation. Over the last four months in particular, international students have seen drastic policy shifts happen quickly. A policy proposed by the Department of Homeland Security in September would reduce the length of student visas, sparking backlash from both Republicans and Democrats on the Hill, former Trump administration officials, as well as leaders in Pittsburgh and other cities. Joined by student governments and student unions representing over 850,000 students at 51 universities, the CMU Graduate Student Assembly asked DHS to withdraw the rule. Unfortunately, this is just one of many issues we have been tackling to counteract the unjust scapegoating of international students.

International students represent a majority of the graduate student population at CMU (approximately 40% overall, down from 44% in 2019) and about 12% of the Pitt student population. They contributed over $2 billion to Pennsylvania’s economy in 2019, supporting over 25,000 jobs. International students at universities like CMU have founded brilliant companies and startups including  Duolingo and Sun Microsystems. More than half of American startups that became billion dollar companies, including Google, Tesla, Stripe, and Uber count immigrants among their founders and top executives. 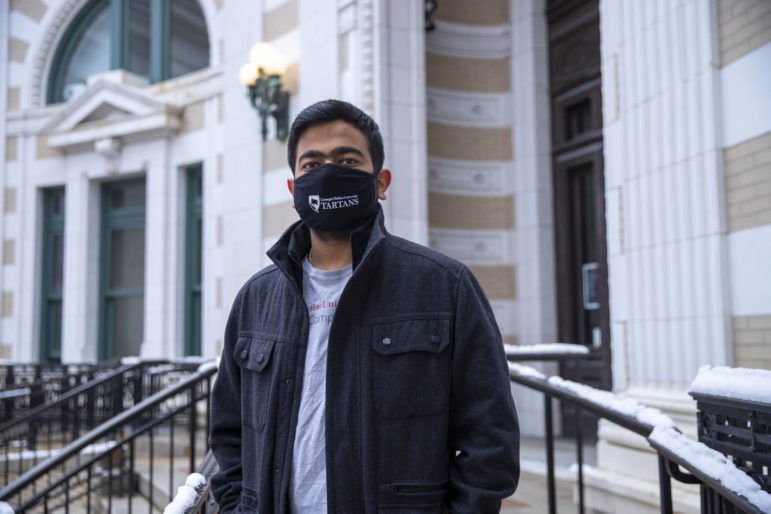 Divyansh Kaushik is concerned about the harm of Trump administration policy and rhetoric against international students. (Photo by Jay Manning/PublicSource)

To further American leadership in the global higher education and research and development enterprise, we must make full-throttled efforts towards attracting the best and brightest from around the world. It is no question that America is the R&D brain of the world. But it is crucial that in a Biden presidency, America acts like one too. More Americans want immigration to increase now than they have in more than 50 years, Gallup found in response to a question it has asked Americans since 1965. And while the United States has raised barriers to immigration, countries such as Canada, Australia, and the United Kingdom have been tearing theirs down. There’s a limit to which universities could attract the best talent on their reputation alone. We are approaching that limit soon.

It is a global market for talent, and until now, the U.S. maintained its reputation as a leading destination for talented scientists and foreign students through “sheer inertia”. As other countries increase their efforts to recruit and retain these students, it is critical to preserve American competitiveness. Why? “For the same reason the Boston Red Sox don’t limit themselves to players born in Boston,” the president of M.I.T wrote in the New York Times. “The larger the pool you draw from, the larger the supply of exceptional talent. Moreover, America gains immense creative advantage by educating top domestic students alongside top international students.”

But the country’s recent policies have only added to the already growing uncertainty around America’s crucial higher-education sector that drives the global R&D, while also signaling to prospective students overseas that they might not be welcomed. The drastic impacts of these policies will be here for years to come, and it will be cities like Pittsburgh who will be hurt as a result. President Biden should work to reverse this harm, and he could start by delivering a major policy address announcing that America will once again be a welcoming destination for international students.