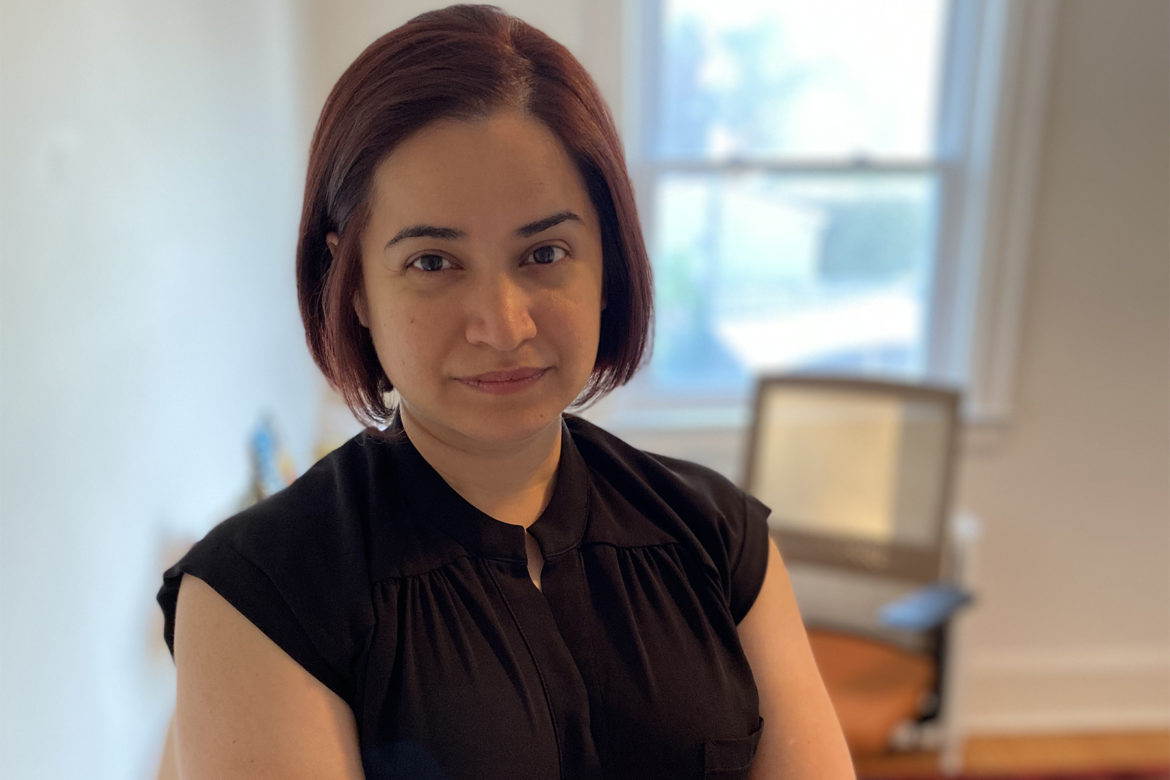 Ketaki Desai is an Indian entrepreneur and business leader formerly based in Pittsburgh. (Courtesy photo)

My husband and I lived in the United States for 18 years and proudly called Pittsburgh home for most of them. We’d built our lives and careers there: I worked as an entrepreneur, consultant and, most recently, the director of strategy at UPMC Enterprises, developing cutting-edge healthcare solutions. My husband worked for the University of Pittsburgh as a software engineer, then at UPMC Enterprises as the senior director of product management.

Yet despite our love of Pittsburgh and our contributions to the region, we couldn’t find a way to stay. After 12 years of unsuccessful attempts to become permanent U.S. residents — applying for green cards and visas, petitioning Congress to pass fairer immigration laws, even twice accepting invitations to the White House — the pandemic finally sealed our decision to leave.

In March, the Department of State stopped processing visas altogether, a sign that it was time to move on. We finally did what we’d been trying to avoid for years: we left Pittsburgh and moved to Canada. Despite never having lived there, we were welcomed with open arms.

Our immigration journey began in 2002, when we each arrived in the United States separately for graduate school. My husband attended Pitt; I got a Ph.D. from Texas A&M and, later, a master’s from Carnegie Mellon University [CMU].

In 2008, my husband applied for a green card through Pitt. Due to administrative errors, his application was rejected, setting us back three years. The issue was so unprecedented, I was later told it led to Pitt completely overhauling its immigration process. We were back to square one.

As a Band-Aid fix, my husband applied for a temporary work visa so he could stay in the country. At that point, we thought we’d just have to wait a bit longer until his green card was approved. What we didn't realize then is how long we’d be waiting.

After finishing my master’s at CMU in 2013, I took a consulting job in New York City. Moving to one of the world’s most exciting cities should have been a cause for celebration. But my husband’s visa and green card application were sponsored by Pitt, so despite receiving several job offers in New York, he couldn’t come with me.

It didn’t take long before we became frustrated with the long distance and the restrictive immigration process. Feeling out of options, we packed up shop and headed back to our home country, India.

Returning to India meant we could be together and that I could pursue my passion for entrepreneurship. I had started my first company, an education technology startup, while I was a student at CMU. But because I was on a dependent visa, I couldn’t legally work— not even at my own company.

We stayed in India for about a year. But we truly loved living in Pittsburgh, and deep down, we were still hopeful the green card would come through. In 2014, despite our immigration issues being unresolved, we decided to return.

Back in Pittsburgh, I co-founded another startup, a SaaS-based manufacturing analytics company. I still wasn’t authorized to work, so instead, I volunteered. It was a hard line to walk: I wanted to be involved in the company I had helped to build and put my two graduate degrees to use. But I had to make sure I wasn’t breaking the law.

Shortly after, the Obama administration passed a program that allowed people on dependent visas, like me, to qualify for employment authorization. I remember the exact day the application went live — May 26, 2015 — because we had my paperwork ready to go. A few months later, it was approved. Finally, a win!

With the newfound freedom to work, I went on to lead a business incubator in Hermitage, Pa. I consulted for local nonprofits and eventually landed at UPMC Enterprises. I loved collaborating with others in Pittsburgh’s innovation ecosystem to help build the region. I was finally able to put my ideas in motion — all I’d needed was the chance to do so. But our problems weren’t solved yet.

At times, the tension between being valued for my skill set yet feeling ‘othered’ on paper was glaringly ironic. Once, the Department of State sent me to represent the United States at the Global Entrepreneurship Congress in Bahrain. Waiting for me when I got back was a request for evidence of my visa paperwork.

"But in the United States, it seemed like I’d never be given the chance. Maybe I’ll do it in Canada — a country that genuinely wants me to be here."

After President Trump was elected, our situation grew worse. The immigration process had already been difficult, and we knew there were likely to be even more obstacles ahead. We needed a backup plan. So in the fall of 2018, we applied for permanent residency in Canada.

Given our struggle in America, our hopes weren’t high. But in May 2019, fewer than six months after applying, our application was approved.

Still, we didn’t immediately decide to move. ‘Maybe in a few years,’ we thought. Even when presented with such an inviting opportunity, we wanted to make Pittsburgh work.

We tried so hard to fix the problems we faced with America’s immigration system. Since 2014, we have been involved with an advocacy group called Immigration Voice, traveling to Washington, D.C., to advocate for the rights of high-skilled immigrants like ourselves. For over a decade, the group has been trying to eliminate per-country caps, or the rule that no one country can receive more than 7% of the employment-based green cards issued, regardless of demand or the country’s population size. If passed, the legislation would affect more than one million high-skilled immigrants across the country, according to the Cato Institute. The bill passed in the House in 2019, but remains in the Senate.

In March, when visa processing was suspended, we knew it was time to go. We sold our house in Edgewood, began hunting for jobs in Canada and within a few weeks, had crossed the border into our new country.

When we arrived in Canada, we immediately noticed a difference in how we were treated. We’d never lived there before, yet everywhere we went — government offices, the bank, every single recruiter — people told us how happy they were to have us.

Our Pittsburgh community is incredible. So many friends, neighbors and colleagues were supportive of us throughout our time there and especially during the last few months as we made our move. In fact, our network even connected us with like-minded people in Toronto so we feel like we already have a community here. But very few people know what is happening with federal immigration and I believe the system is complicated intentionally. 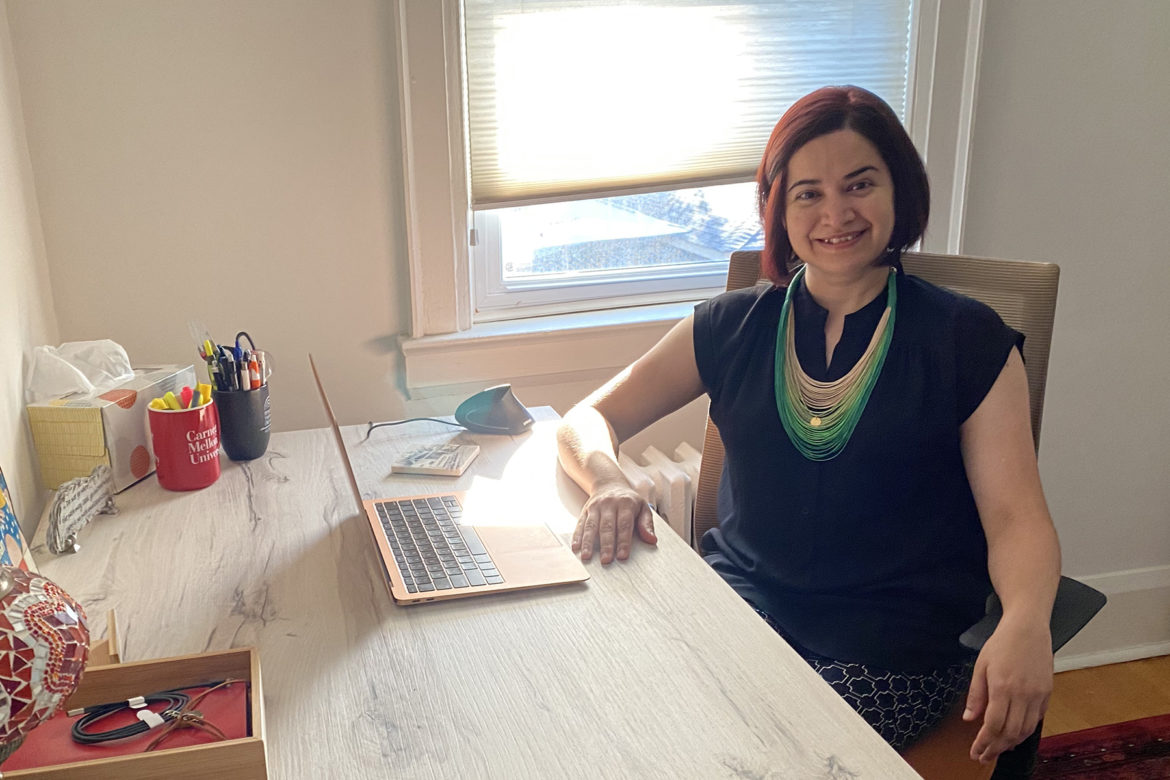 "In March, when visa processing was suspended, we knew it was time to go," writes Ketaki Desai. "We sold our house in Edgewood, began hunting for jobs in Canada and within a few weeks, had crossed the border into our new country." (Courtesy photo)

Our case is not unique; we are friends with several other couples who are also in the process of moving to Canada. Yet many of the large organizations equipped to take on this fight in Pittsburgh choose to keep their distance. Why ruffle feathers and risk losing allies?

America was built on the backs of immigrants. And despite its recent shortcomings, it remains a beacon of hope to the world. It’s so disappointing to see talented people who want to contribute to the fabric of society being pushed away.

My husband and I chose to settle in Toronto, one of the most diverse cities in the world. Two weeks ago, I accepted a job as the vice president of business development at the Ontario Centers of Excellence. I’ll be working to foster innovative collaborations between Ontario’s universities, research hospitals, government entities and industries.

It may sound silly, but one of the things I’m most looking forward to is voting. I left India before I was old enough, and I was never able to in America. In three years, at 42 years old, I might finally be able to vote for the first time.

Down the road, I’ve been considering pursuing another lifelong goal: running for office. I’ve long felt called to politics and standing up for the issues I believe in. But in the United States, it seemed like I’d never be given the chance. Maybe I’ll do it in Canada — a country that genuinely wants me to be here.

Ketaki Desai is an Indian entrepreneur and business leader formerly based in Pittsburgh. If you want to send a message to Ketaki, email firstperson@publicsource.org.