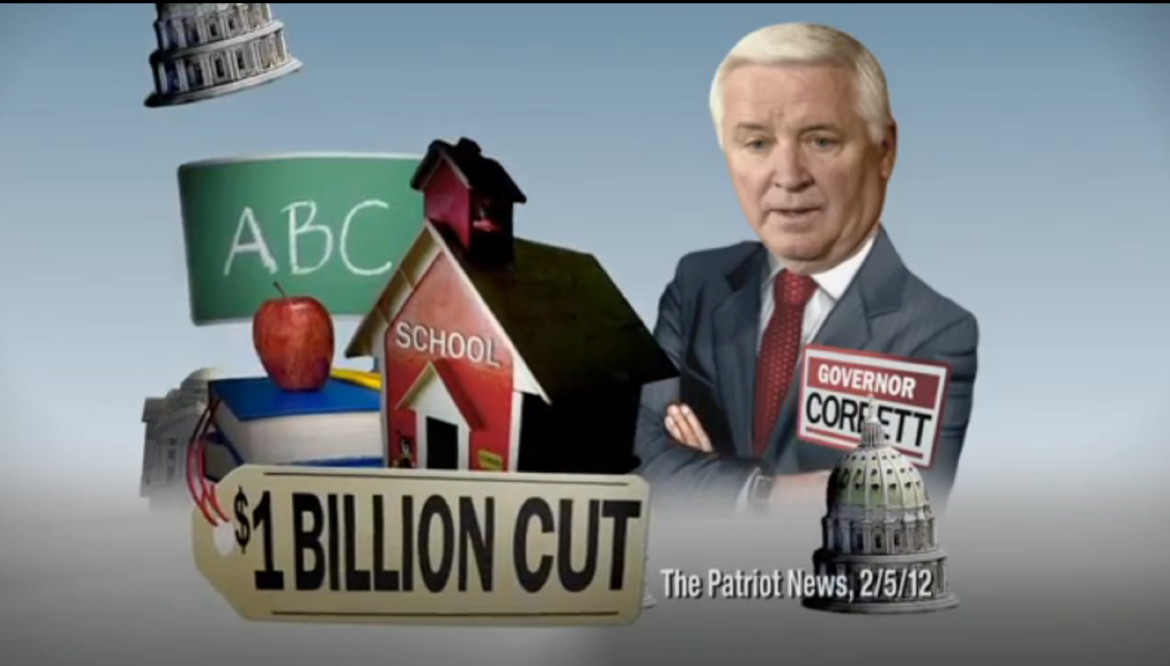 Union-backed Pennsylvanians for Accountability, which spent more than $1 million on political advertisements targeting Republican Gov. Tom Corbett and a handful of state lawmakers, failed to file a mandatory tax return, the Center for Public Integrity has learned.

For failing to file returns with the IRS on time, the secretive, Pittsburgh-based Pennsylvanians for Accountability could be fined up to $50,000.

The IRS confirmed the agency had not received the group's tax filing — the kind of document that provides a key window into the inner workings of politically active nonprofit groups like Pennsylvanians for Accountability, which are becoming increasingly influential in state and national elections.

Adam Bonin, a Philadelphia-based lawyer who represents Pennsylvanians for Accountability, acknowledged the nonprofit didn’t file its tax return on time. He said the group would soon be submitting documents to the IRS.

Bonin provided an unofficial copy to the Center for Public Integrity, which showed the group raised $1.23 million in its first year of existence. Most of the money came from labor unions.

Almost immediately after its formation in September 2012, Pennsylvanians for Accountability, which is organized as a “social welfare” group under Section 501(c)(4) of the U.S. tax code, produced mailers critical of several Republicans running for re-election to Pennsylvania’s House of Representatives.

The 501(c)(4) tax status allows organizations like Pennsylvanians for Accountability to lobby to advance a “social welfare” mission and engage in politics, so long as overt support of or opposition to candidates is not their primary purpose.

This tax status also generally allows these nonprofits to keep the names of their donors secret, unlike political action committees, which must disclose their funders. This has earned them the moniker “dark money.”

Such “dark money” nonprofits have been increasingly active in elections, thanks, in part, to the U.S. Supreme Court’s Citizens United v. Federal Election Commission ruling in 2010, which allowed corporations, including certain nonprofit corporations, to bankroll political ads that call for the election or defeat of candidates.

One of the Republican lawmakers targeted by Pennsylvanians for Accountability was state Rep. Rick Saccone. The group’s mailers asserted that “our kids” weren’t Saccone’s “top priority” because he had supported cuts to education spending.

Saccone denounced the group for “trying their hardest to slander me” and persuade voters in his heavily Democratic district not to vote for him. He ultimately won by just 112 votes out of the nearly 29,000 votes cast.

The copy of Pennsylvanians for Accountability’s tax return for the first year of its existence showed the nonprofit spent about $475,000 in 2012 on political mailers and digital ads in nine state-level races in Pennsylvania, including Saccone’s.

Pennsylvanians for Accountability, it turned out, was just getting started.

The following spring, Pennsylvanians for Accountability launched a barrage of TV ads attacking Corbett, the state’s Republican governor, for playing a “shell game” by cutting education spending while supporting “big tax cuts for his corporate backers” and “giveaways to his campaign donors.”

The new tax document indicates Pennsylvanians for Accountability spent $725,500 for its various anti-Corbett messages in 2013, which it classified as a “public education campaign.” This included both television and online ads. Corbett later lost his re-election bid in November 2014.

As a social welfare nonprofit, Pennsylvanians for Accountability isn’t required to reveal the identities of its funders. Therefore, it wasn’t known during its advertising barrage who was bankrolling the group — or even who was leading it.

But Department of Labor records and tax documents reviewed by the Center for Public Integrity show three unions combined to give Pennsylvanians for Accountability $1.11 million — 90 percent of the money it raised between Sept. 1, 2012, and Aug. 31, 2013, the tax year covered by the return.

The largest donor was the National Education Association, which contributed $650,000.

An additional $100,000 came from by another Democratic-aligned social welfare nonprofit — America Votes, a Washington, D.C.-based group that seeks to create “a permanent progressive campaign infrastructure across the country.”

SEIU’s Pennsylvania State Council and America Votes did not respond to numerous email and phone messages seeking comment about the contributions. Officials with both the NEA and the national SEIU declined to comment for this story.

“We received your inquiry, but we will not have a comment on this,” SEIU spokesman Beau Boughamer said.

NEA spokeswoman Sara Robertson also declined to comment. saying the union had “no control over" Pennsylvanians for Accountability's operations.

Previously, officials at the SEIU have criticized political “dark money” for “polluting” American democracy. And both the SEIU and NEA have endorsed measures to curb the Supreme Court’s Citizens United ruling.

The people listed on documents as running Pennsylvanians for Accountability don’t want to talk about the group either.

In state business filings, Pennsylvanians for Accountability lists three union-connected activists — Linda Cook, Kevin Kantz and Georgeanne Koehler— as the people who incorporated the group. The same three union activists, who are all Pennsylvania residents, are listed in the group’s new tax filing as its only officers.

Both Cook and Kantz have worked for the Pennsylvania State Education Association, where, tax records show, they both served as directors as recently as 2012. Koehler also has ties to organized labor: she’s an SEIU member and healthcare activist.

When reached by phone, Cook said: “I have no comment for your story.”

Neither Kantz nor Koehler responded to multiple requests for comment.

Koehler, however, did talk to a reporter with PublicSource.org, a Pittsburgh-based investigative reporting group, in May 2013 — though she didn’t shed much light on the inner workings of Pennsylvanians for Accountability.

“I’m not sure who started it or why it was started, other than they want to fight for a better life for our citizens,” Koehler said at the time.

“I don’t know who’s in charge,” she continued, adding that she was recruited to serve as a director of the organization by Mary Shull, the state director of America Votes in Pennsylvania.

And Koehler wasn’t Shull’s only connection to Pennsylvanians for Accountability.

Daniel Ford, who worked with Shull at America Votes in Pennsylvania until May 2013, was listed in multiple documents as a point of contact for Pennsylvanians for Accountability.

Reached by phone, Ford, who now works at a community organizing company in California, declined to comment. Shull did not respond to multiple requests for comment.

A call for more transparency

Shortly after the PublicSource.org article in May 2013, Pennsylvania state Rep. Daryl Metcalfe, a Republican, called for a hearing to determine if Pennsylvanians for Accountability was violating the state’s election law. The hearing, though, never took place.

Lynsey Kryzwick of public relations firm BerlinRosen, a spokeswoman for the Pennsylvanians for Accountability at the time, dismissed the criticism as “nothing more than a partisan attempt to silence the real concerns that Pennsylvania taxpayers have with Gov. Corbett's budget and the direction that he's taking our state."

Since the anti-Corbett advertising blitz in early 2013, Pennsylvanians for Accountability has all but disappeared.

Media outlets rarely mention the group anymore, and it has not produced any additional TV ads, according to Kantar Media/CMAG, an advertising tracking firm. Its largest presence appears to have been online, where Pennsylvanians for Accountability’s Facebook page — which boasted more than 8,000 likes — regularly promoted content throughout the 2014 midterm election, mostly news articles critical of Corbett.

The nonprofit’s most recent activity on Facebook came on Oct. 29, 2014 — just days before Democrat Tom Wolf defeated Corbett at the ballot box. The group’s Facebook page appears to have been deactivated following inquiries from the Center for Public Integrity.

Metcalfe, who chairs the House state government committee, called Pennsylvanians for Accountability a “shell organization” that was used as “an attack dog” and was “trying to skirt the law.”

Voters deserve transparency to “know who’s actually behind these operations,” Metcalfe told the Center for Public Integrity, adding that when the Pennsylvania legislature reconvenes, it would be a “high priority” for him to address this issue.

“The law is meant to ensure that the citizens of Pennsylvania have good information to work with when they are going and choosing who their leaders are going to be,” he said.

The Center for Public Integrity is a nonprofit, nonpartisan investigative journalism organization, reporting on the influence of ‘dark money’ in politics.​