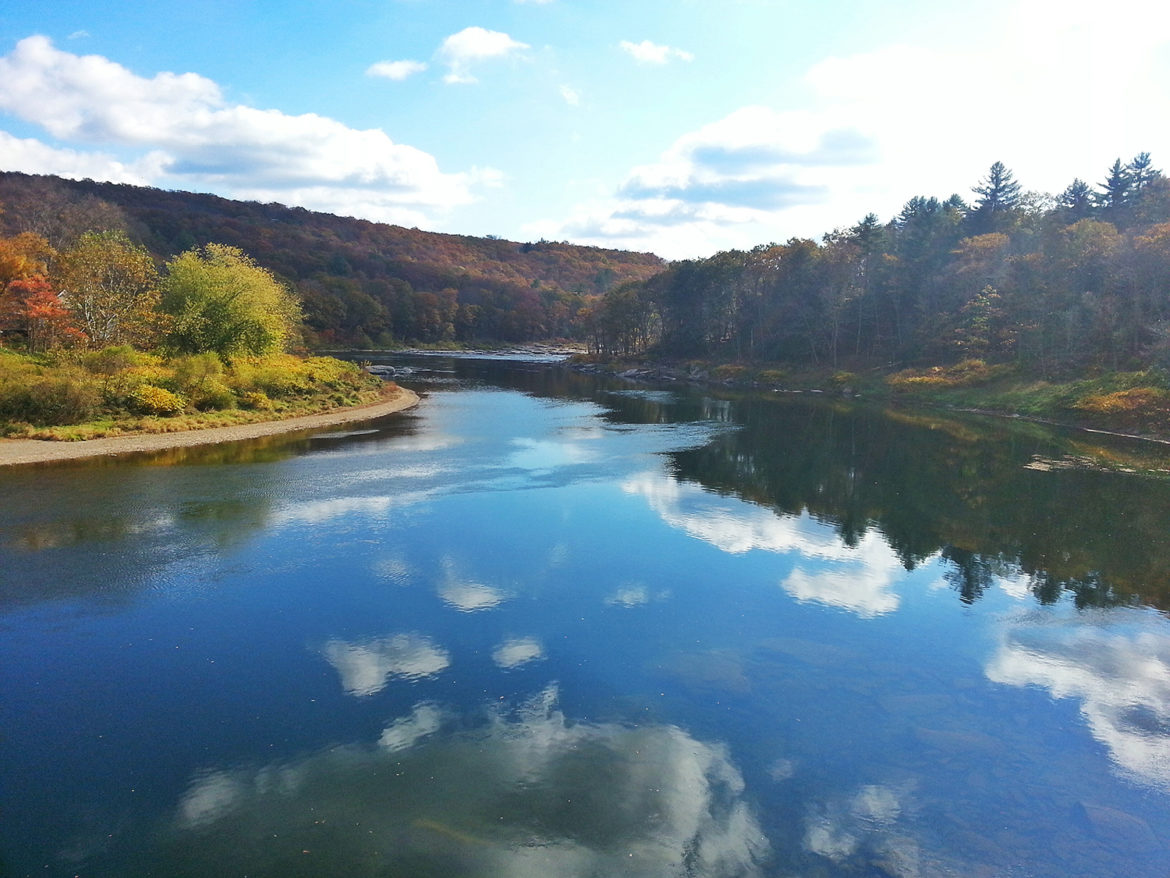 A Nestlé Waters representative stood before angry residents in a northeastern Pennsylvania fire hall earlier this summer and admitted defeat.

He told the Eldred Township zoning board — and more than 100 residents who attended — that the multinational corporation he represents was withdrawing its permit to drill for water underneath the town.

The concession ended a yearlong battle between the world’s largest player in the bottled water market and the town. Up until that day, the residents were outraged that Nestlé could potentially remove 73 million gallons a year from the aquifer in their community, bringing in huge profits without any oversight and at hardly any cost.

Their story drew national media headlines like, “How This Small Town is Winning the War Against Nestlé” and “A Pennsylvania Town Fights Predatory Water Extraction”.

Another Pennsylvania water story that drew national attention happened seven years ago, when the Cooper Springs Trout Hatchery wanted to expand into the bottled water business and pump 100,000 gallons a day out of Laurel Hill Creek in Somerset County.

Laurel Hill Creek, a popular destination for trout fisherman, was already being drained by water withdrawals faster than it could replenish itself.

It had been listed among the 10 most endangered rivers in America as roughly two million gallons continued to be taken from it every day. It was so low that a family told a local newspaper they put their picnic table on dry land in the middle of the creek bed.

Krissy Kasserman of the conservation group Youghiogheny Riverkeeper said the stream couldn’t handle more water withdrawals. She said water levels in nearby private wells was dropping and the stream’s trout population was being compromised.

The Pennsylvania Department of Environmental Protection [DEP] denied Cooper Springs’ application for a permit to withdraw water from the creek.

These are some of the most prominent attempts of bottled water extraction across the state.

Many have succeeded, though. Bottled water companies have withdrawn 3.5 billion gallons from the state’s watersheds from 2005 through 2014. Pennsylvania gets very little in return.

The state’s rich watersheds are a target for freshwater withdrawals, and now state legislators are considering proposals to start charging more for this natural resource.

As it stands, Pennsylvania only makes money from water withdrawals through permit and application fees.

The state charges a $25 application fee for surface water withdrawal from rivers, lakes and streams. Bottled water companies often either drill for groundwater and pay a $750 one-time fee or buy water from a municipal source and pay a $300 fee.

That’s all that Pennsylvania collects.

Other states charge annual licensing fees or extraction fees on the amount of water withdrawn. Of the 18 states that have licensing fees, Vermont charges the most at $1,390 per year, according to a 2013 report by the Vermont Natural Resources Council. Other states range from $20 in Louisiana to as much as $1,335 in California. Maine and Nevada also charge additional annual fees beyond their licensing fees.

Even though the DEP doesn’t collect withdrawal fees, interstate river basin commissions do. In both the Delaware River and Susquehanna River basins, parts of which run through Pennsylvania, the commissions collect fees from companies extracting from their watersheds.

The commissions use that money on river restoration and maintenance projects. However, the money they collect can be spent across any part of the Susquehanna or Delaware river basins, not just in Pennsylvania.

The state Legislature is assessing whether it should join roughly half the country that’s charging more for bottled water extraction.

Rep. Garth Everett, R-Lycoming/Union, wants the state to study the benefits of establishing fees for water withdrawal. Everett’s resolution would have the General Assembly look at how other states collect fees, how much companies should be charged and an estimate on how much revenue the state can expect from water withdrawal fees.

The resolution would also create a Water Quality Improvement Fund, which would fund water restoration and conservation projects across the state.

“We’re faced with number of water quality issues, but we don’t have a funding source for it,” Everett said.

How much bottled water facilities have extracted from Pennsylvania waters

Everett told PublicSource that his resolution to conduct a survey has already received pushback from the Pennsylvania Chamber of Commerce, which said new costs would get passed on to the consumer. The survey could take up to a year to complete.

Another piece of legislation, proposed by Rep. Mike Sturla, D-Lancaster, would establish an extraction fee on companies that use more than 10,000 gallons a day. It would not impact municipal or agricultural water users.

Under Sturla’s legislation, a bottled water company would pay $1,000 to withdraw one million gallons of water.

Sturla estimates that his water withdrawal fee would generate $375 million annually much of which would go to water-related programs and agencies.

The bill could also create a $3 billion bond “for the protection of watersheds, water resources, water environments, fresh water sources, the furthering of water conservation and other water-related environmental initiatives.”

“As water becomes a more precious commodity, I think people will look to it as a revenue source and preserve it.”

“As water becomes a more precious commodity, I think people will look to it as a revenue source and preserve it,” Sturla said.

Though the bottled water industry draws the ire of residents near proposed sites and environmentalists, their water withdrawals actually accounted for less than one-sixth of one percent of all the water withdrawn in the past 10 years, according to a PublicSource analysis of data from the Pennsylvania Department of Environmental Protection.

Most of the 3.5 billion gallons pumped by bottled water companies came from underground or municipal water sources. Only 24 million gallons came from surface water such as creeks, rivers or lakes.

The bottled water industry is different from industrial users in one significant way. Industrial water gets withdrawn, used, and most of it is returned to the watershed. Bottled water is taken and rarely returned.

Under Sturla’s bill, the bottled water industry in Pennsylvania would have paid a little more than $400,000 in fees in 2014, according to a PublicSource analysis.

“I don’t think bottled water should be exempt [from HB 2114] because here’s someone making a profit, using a resource owned by the citizens of Pennsylvania,” Sturla said.

Sturla doesn’t expect his bill to breeze through the General Assembly, either. The Legislature could always point to Everett’s resolution as the safer approach and decide to table HB 2114.

However, Sturla said, “At some point in time we can’t keep giving away our natural resources for free.”

Correction: The story previously misstated the source of a 2013 report evaluating states' licensing fees for bulk water withdrawals. The report was produced by the nonprofit Vermont Natural Resources Council.