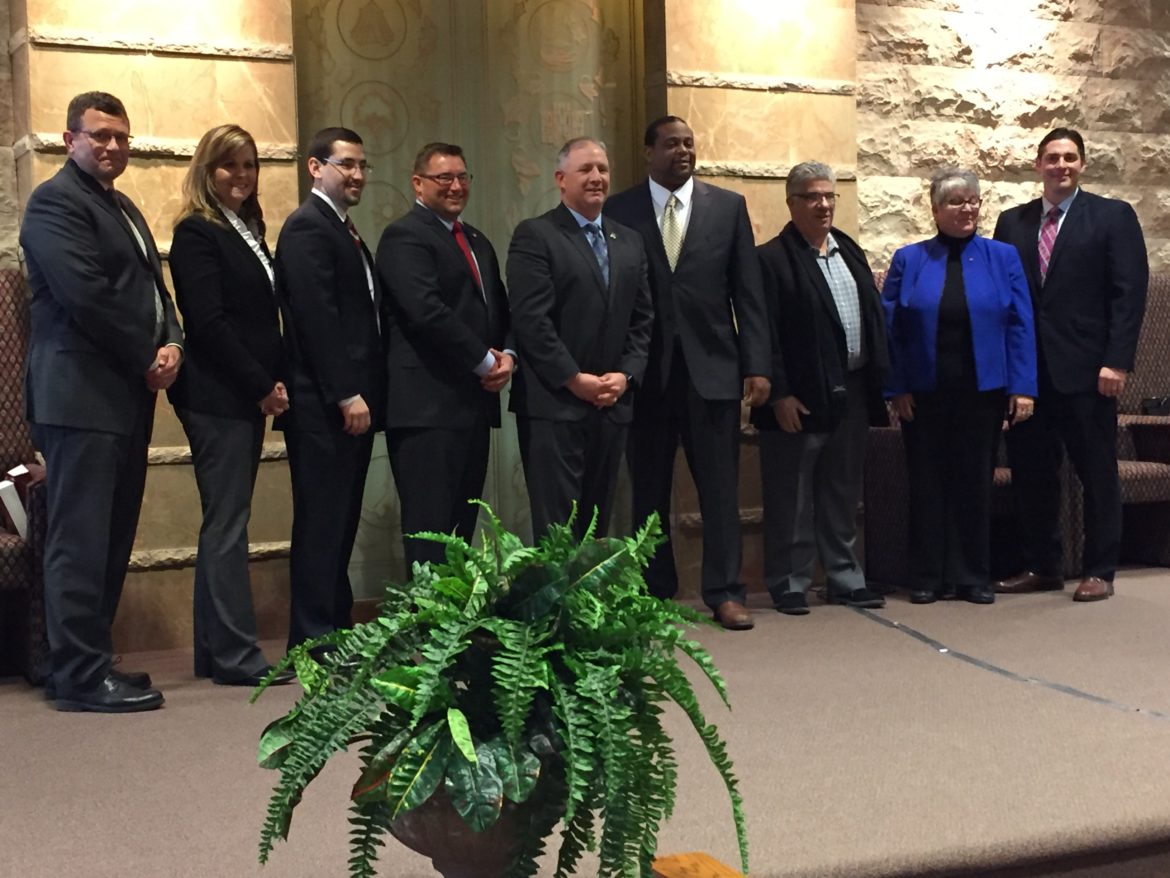 They didn’t stop at explaining the problem either.

With a dozen lawmakers in one room for the third-annual Children & Youth Disability & Mental Health Summit, they made pleas for additional funding, data collection and transparency.

Miller, a Democrat representing Mt. Lebanon, chose the topic of psychotropic medications after he read the PublicSource investigation that revealed alarming rates of prescribing these high-risk medications in state-run youth correctional facilities.

The use of psychotropic medications, which alter chemicals in the brain to regulate mood and behavior, is more common for young people who are in any kind of out-of-home placement, from foster care to incarceration.

Antipsychotics are the most worrisome form of psychotropic medication because of potential side effects, like rapid weight gain and diabetes. About one-fifth of foster-care youth in Pennsylvania were taking antipsychotics in 2012, according to a study released in June.

PublicSource found that, at any given time over seven years, enough antipsychotics had been prescribed in six state juvenile correctional facilities to treat a third of the confined youth.

Allegheny County Court of Common Pleas Judge Kathryn M. Hens-Greco told the panel on Friday afternoon that she has seen these children in court. Their eyes are glassy. Their speech is robotic. Their emotions are silenced.

“We must address the underlying trauma with other types of therapies to allow them to heal,” she said.

Hens-Greco suggested the development of best practices for doctors who prescribe the drugs. She also said the state needs to provide more resources so that youth who are taken out of the home for any reason have appropriate legal representation for themselves and their families. She also asked for additional support for county social services to locate, train and support families who will give children a home.

“The misuse of medication by those charged to protect the child cannot be the final wrong in this litany of malfeasance,” she added.

“I think it’s really important that we’re here listening to this,” Snyder said. “As we sit in Harrisburg arguing and debating about dollars and cents, nothing makes more sense than what you just said.”

Melissa Sickmund, the director of the National Center for Juvenile Justice, called for a state inquiry into prescribing practices in facilities that take juveniles who are adjudicated delinquent. It could be similar to what was done in Florida, she said — a way to evaluate current practices and policies and to identify information that should be gathered on a routine basis.

“I would hope that the state would see fit to make some or all of that information publicly available for the sake of transparency,” Sickmund said.

“Are these kids being misdiagnosed? Are they being overprescribed? Or really is the mission here to just turn them into zombies so that they’re easier to handle …?” she said. “Any of those is unacceptable.”

Bartolotta also questioned who the doctors are. She wondered if they needed to be limited in the amounts they could prescribe, to allow for stabilization but create the need for reviewing alternatives to the powerful medications. She compared the idea to a bill she and other lawmakers recently proposed that would limit the quantity of opioids doctors in emergency rooms could prescribe.

The Pennsylvania Department of Human Services [DHS], which operates the state-run youth correctional facilities and Medicaid, has been taking steps to address psychotropic prescribing for some of the youth under its care.

On Feb. 23, DHS announced it had reduced the prescribing of psychotropic medications among a group of Medicaid-enrolled children by 75 percent in the last two years. The agency attributed the sharp decrease to its move to become a gatekeeper for these prescriptions; it requires a prescription for a psychotropic in the Medicaid fee-for-service program to be approved by the department.

The department said it will continue to expand its requirement for prior authorization of such prescriptions. DHS did not indicate if it would extend to youth offenders.

DHS also announced the launch of a pilot program for an electronic dashboard that will allow social service workers to monitor the use of psychotropics in a more systemic way.

She said Allegheny County is developing training for staff and educational materials for parents and youth about the benefits and risks of psychotropic medication; the county is also looking at whether race plays a role in prescribing practices.

A call for closure

On Thursday, Youth First, a Washington, D.C., juvenile justice advocacy group, called for the closure of 80 youth prisons throughout 39 states.

Five of them are in Pennsylvania — two of which are state-run facilities, the Loysville Youth Development Center and the North Central Secure Treatment Unit. These facilities were included in PublicSource’s evaluation of psychotropic prescribing.

Youth First identified the country’s oldest and largest youth prisons where the organization says the youth are most geographically isolated from their families and communities and are subject to harsh, adult-like prison settings.

“Youth prisons are a relic of the past,” said Youth First CEO Liz Ryan. “It’s a nearly 200-year-old model that is unsafe, unfair and doesn’t work.”

The goal is to close these facilities and put youth in community-based care, she said. “The vast majority of kids don’t pose a threat to public safety. They may be high needs, but not high risk,” she said.

Ed Mulvey, a psychologist and a professor of psychiatry at the University of Pittsburgh School of Medicine, said Youth First’s demand to close the correctional facilities is admirable, but not realistic. The behaviors and problems these kids have are complex, and it could be a mistake to take institutional care off the table, he said.

“The model doesn’t make sense, but that’s different from saying this is a wholesale indictment of institutional care,” he said. “If done well, it has a place in the continuum of services.”