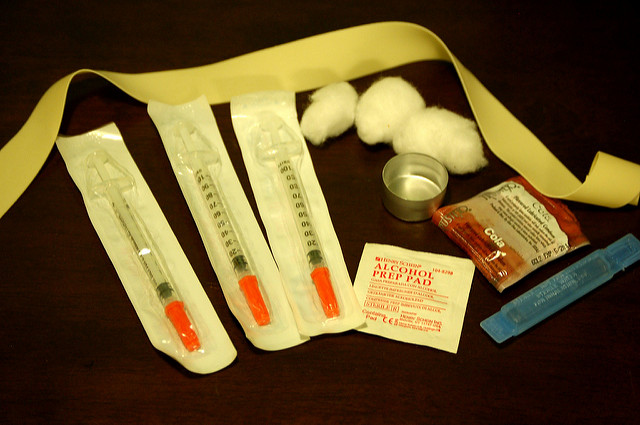 The Obama administration has proposed $1.5 billion in funding for the 2017 fiscal year budget to address widespread abuse of prescription opioid painkillers and heroin, the White House announced Tuesday.

In 2014, opioids that include pain meds and heroin claimed nearly 29,000 lives, according to new data from the Centers for Disease Control and Prevention (CDC). This number exceeds the amount of people fatally killed in automobile accidents annually.

About $920 million of the $1.5 billion budget is slated to go to states to improve access to treatment. Such treatments would include FDA approved medicines like methadone and buprenorphine.

According to the statement:

States will receive funds based on the severity of the epidemic and on the strength of their strategy to respond to it. States can use these funds to expand treatment capacity and make services more affordable.

The budget also allocated about $500 million toward efforts with the Department of Justice and Department of Health and Human Services (HHS) to grow state-level overdose prevention strategies. That can include making overdose antidotes more available and providing resources to law enforcement.

Sylvia Burwell, secretary of HHS, said the proposal would help to close the “treatment gap.”

Across the country, about 1 million of the 2.2 million people facing opioid addiction are treated, according to HHS.

[T]he new funding “would help make evidence-based treatments available to all those seeking help for their opioid dependence. Expanding access to medication assisted treatment or MAT, as it's commonly called, is an important part of our strategy.”

Michael Botticelli, the director of the National Drug Control Policy, expressed to TIME the importance behind garnering congressional support from members of both parties to approve the proposed budget.

“When we have worked with leadership in Congress, with folks who are chairs of committee as well as members, there is a significant interest in helping to deal with this issue and know that resources are part of the equation in terms of our response to this,” said [Botticelli]. “There is a tremendous amount of bipartisan support as it relates to dealing with the epidemic.”