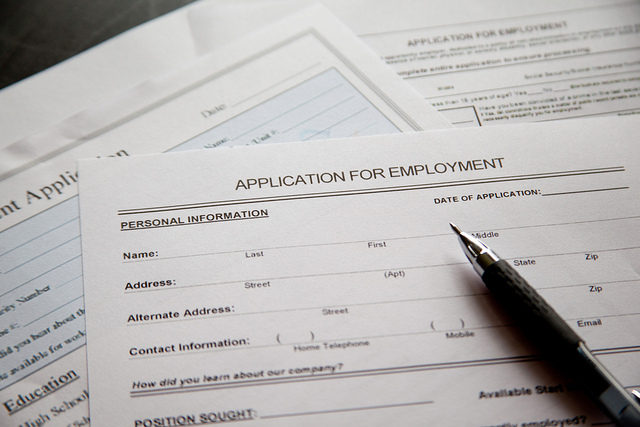 President Barack Obama has announced a new order directing federal agencies to “ban the box,” the one that automatically filters certain job candidates into the ex-felon column.

USA Today reported that this step in criminal justice reform will prohibit agencies from asking potential government employees on applications if they have a criminal background.

While some already delay asking applicants about any criminal activity until later in the hiring process, Obama is looking for this to become a universal practice to prevent discrimination and to provide an opportunity for reformed citizens to move past the application stage.

The change would apply to all cases, no matter the severity of the criminal case or how long ago the crime occurred.

Civil rights groups, although they fully support the movement, felt that Obama could take bigger strides in this executive order.

According to USA Today:

The American Civil Liberties Union called the move "an important first step," but called on him to follow up with an order that would apply not only to federal employees, but federal contractors. Obama has used 15 similar orders during his presidency to force companies doing business with the government to raise the minimum wage, adopt non-discrimination policies and grant workers paid time off.

Obama, speaking at Rutgers University in Newark, N.J., said that he was not suggesting that government agencies ignore criminal records, but rather give applicants a fair opportunity to present themselves. Studies show that when employers see that an applicant checked the box for criminal history, they are most likely disregarded no matter their qualifications, according to NBC News.

Between 65 and 70 percent of former inmates cannot find work within the first year of their release, according to the U.S. Department of Justice.

Research shows the existence of a criminal record can reduce an employer's interest in applicant by about 50%, and that when white and black applicants both have records, employers are far less likely to call back a black applicant than a white one. As a 2009 re-entry study in New York City found, ‘the criminal record penalty suffered by white applicants (30%) is roughly half the size of the penalty for blacks with a record (60%).’

Pittsburgh adopted “ban the box” legislation in 2012 and began implementing it in early 2013. The policy does not apply to those applying for public safety positions or clearances related to jobs with children.

This movement is in the midst of the growing issue of criminal justice reform. In early October, Obama announced that 6,000 prisoners would be released early from prison from overcrowding and harsh sentences. Thirty of those prisoners were to be released from the Western District of Pennsylvania.