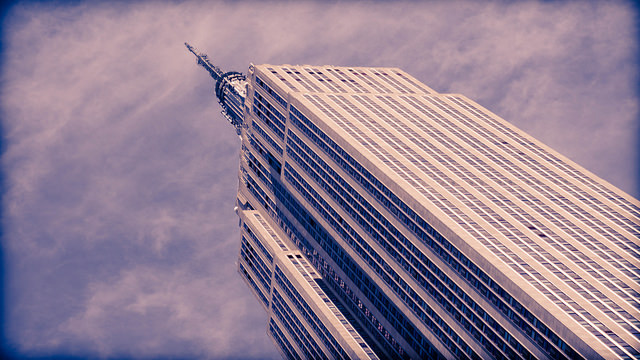 In New York City, where stop-and-frisk policing has been controversial for many years, crime dropped as officers have made fewer stops of pedestrians.

New research from the John Jay College of Criminal Justice shows a dramatic decrease in crime from 1990 through the present, which includes years of stop-and-frisk that civil rights groups say unfairly targeted minorities. Supporters said they were a necessary police tactic.

Those stops began dropping off in 2011, and crime has continued to decline.

From The Wall Street Journal:

According to the report, records show that pedestrian stops began to rise sharply in 2003, increasing from 160,851 annually to a peak of 685,724 in 2011. By 2014, they were down to 45,787 a year, a 93 percent decrease, researchers found. This change was felt most acutely by the city’s young minority men, who were disproportionately subject to law-enforcement activity, the report states.

A police spokesman said that decreases in pedestrian stops, crime and citizen complaints “tends to contradict the claims by some that fewer stops will necessarily result in more crime,” according to the Journal.

Murders, however, are up in New York. Other cities have seen increases (and others have not), leading some law enforcement officials to complain that criticism of police and scrutiny of controversial incidents in YouTube videos have emboldened criminals and hurt policing.

Evidence for that conclusion, however, has been lacking, and fluctuations in murder totals between years are common.

Others in law enforcement have also called for broad reforms in policing, worrying that police departments have become too militarized and lost touch with their communities.

In Washington, D.C., every recruit in the state receives de-escalation training, which emphasizes the role of police as protectors, rather than warriors.

Gone is the military-boot-camp atmosphere. Gone are the field exercises focused on using fists and weapons to batter suspects into submission. Gone, too, is a classroom poster that once warned recruits that “officers killed in the line of duty use less force than their peers.”

“If your overarching identity is ‘I’m a warrior,’ then you will approach every situation like you must conquer and win,” said Sue Rahr, the commission’s executive director. “You may have a conflict where it is necessary for an officer to puff up and quickly take control. But in most situations, it’s better if officers know how to de-escalate, calm things down, slow down the action.”

Here in Pittsburgh, Chief Cameron McLay has spent much of his time trying to rebuild community trust, reemphasizing the need to develop positive relationships between officers and residents. This is an acknowledgement that relations between police and the community had been badly strained by years of mistrust.

In New York, a federal court in 2013 found that stop-and-frisk was unconstitutional. While Mayor Bill de Blasio was a major critic of the program, stops were already decreasing under his predecessor Michael Bloomberg.

As the New York Times notes, Bloomberg’s police commissioner Raymond Kelly wanted stop-and-frisk to continue. His fear was that fewer stops would lead to increased crime.

Kelly blamed de Blasio for the increase in city homicides, saying more people would carry guns if they weren’t concerned about being stopped by police.