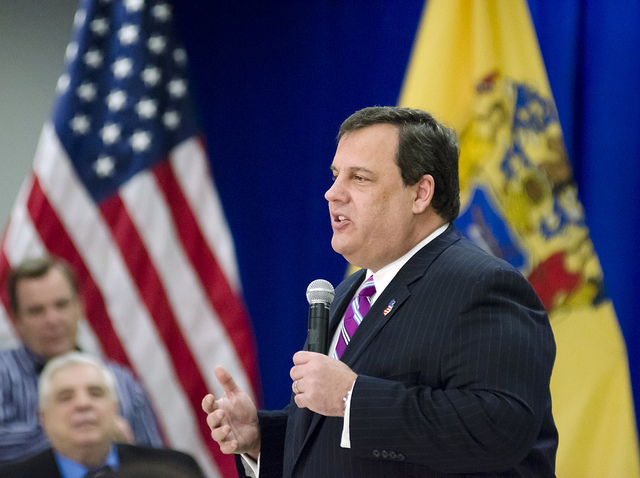 New Jersey Gov. Chris Christie has been traveling to all the right states — Pennsylvania, Iowa, New Hampshire — for a potential 2016 presidential run.

He’s also been a fundraising machine as the chairman of the Republican Governors Association. He’s raised more money at this point in an election than any other RGA chairman, according to the Washington Examiner.

The RGA has raised more than $97 million and spent nearly $56 million during this election, according to The Center for Responsive Politics.

Christie has made 49 trips, including four to Pennsylvania, as chairman of the RGA.

Christie’s interests and the RGAs interests happen to align in Pennsylvania. The RGA has made the state and supporting Gov. Tom Corbett a priority in this election. Pennsylvania is important in presidential politics because of its position as a swing state with 20 electoral votes.

The RGA has given Corbett $5.8 million during his campaign for re-election, making them his top donor. The RGA has continued to write large checks to Corbett despite Democrat Tom Wolf’s double-digit lead in the polls. Christie has been in Pennsylvania and Florida more times than every other state except Illinois and the District of Columbia.

But, sometimes his own ambitions conflict with the most competitive races the RGA is focused on.

From the Washington Examiner story:

A review of Christie’s travel on behalf of the RGA shows that he has spent less time in some of the nine states deemed most competitive by the association than he has in states pivotal to winning a presidential primary.

Many people expected that Christie, who has said he is weighing a bid for president, would use the RGA platform to launch such a campaign. With one month until Election Day, that appears to be the case.

The RGA has been running ads in many of the states it deemed competitive this summer.

The RGA has released 10 ads in Michigan, 10 in Arkansas, six in Wisconsin and six in Maine. The association also has released four ads each in Kansas and Ohio.