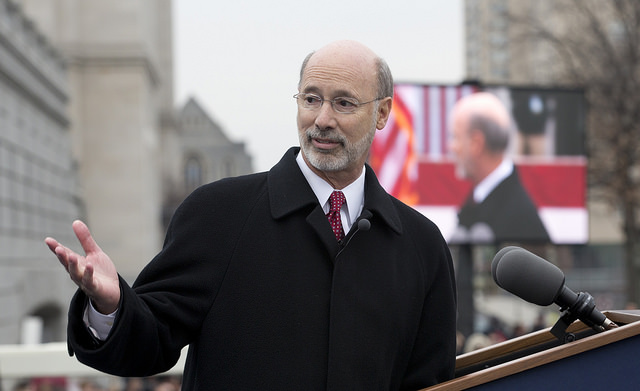 In Pennsylvania, people convicted of nonviolent misdemeanors can now petition to seal those records from the public.

On Tuesday, Gov. Tom Wolf signed into law Senate Bill 166, allowing certain convicts who maintain a clean record for seven to 10 years to move forward without a criminal history marring their daily lives.

“Too many first-time and low-level offenders are serving their time and unable to improve their lives after leaving the system because they have a criminal record,” Wolf said in a statement. “They are too likely to then return to the system. We must do everything we can to break this cycle.”

Andy Hoover, legislative director for the American Civil Liberties Union Pennsylvania, told PublicSource that even cases of shoplifting, minor drug offenses and driving under the influence where no one was injured can have lasting effects.

“The way we’ve approached criminal justice over the past several decades, we have essentially a permanent class of people who have committed crimes from the most serious all the way to the smallest level of nonviolent crimes. That comes back to haunt them,” Hoover said.

A sealed record, according to the governor’s statement, means only law enforcement and state licensing agencies will have access to the record, unless a court order is issued to make the record public.

The new bill is an amendment of Title 18, which only allowed for expungement if the convicted individual reached 70 years of age, passed away or petitioned to remove a minor summary offense five years after the crime.

According to the governor’s office, 27 states allow some misdemeanors to be expunged or sealed.

In Pennsylvania, similar bills had been suggested in previous years, but failed to pass. State Sen. Stewart Greenleaf, R-Montgomery, sponsored the current bill.

Despite the wait, Hoover said people both inside and outside the government agree that supporting individuals who served their time is the right move.

“There’s a lot of talk about reform, and this was one of those issues that seemed to cross party lines,” Hoover said. “Republicans and Democrats could agree that when somebody gets their life back on track, their record should be sealed.”