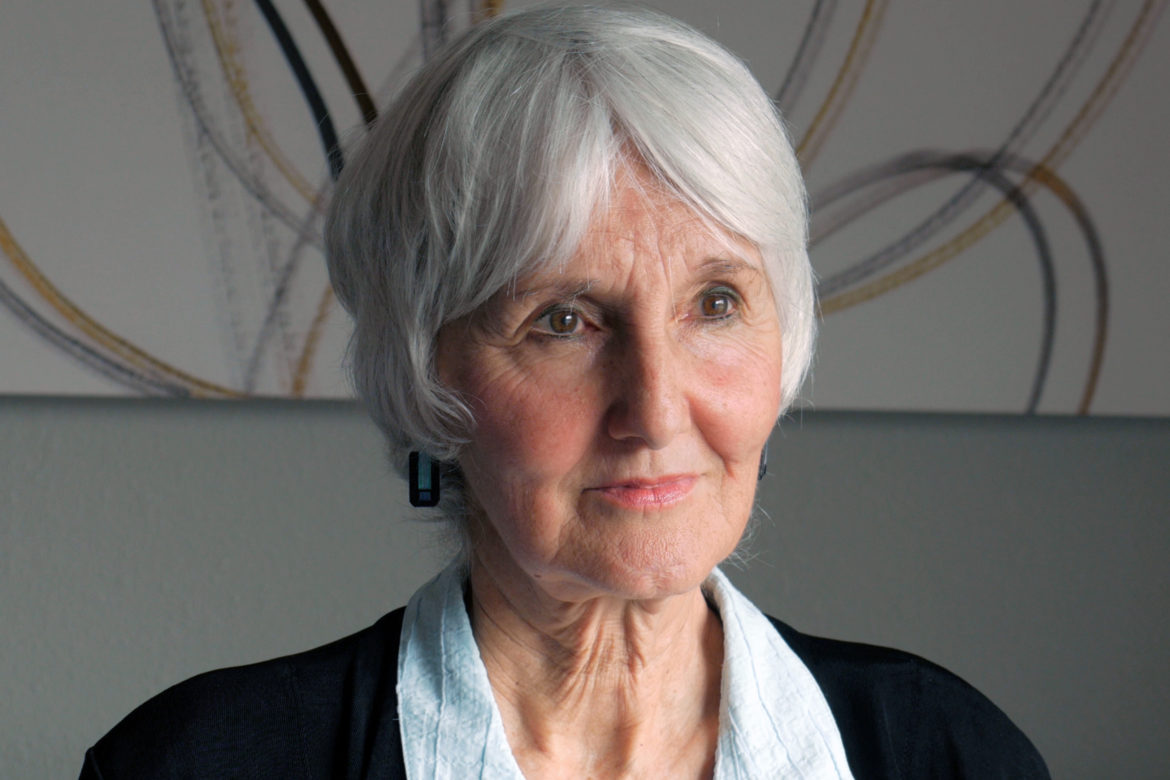 Sue Klebold is the mother of Dylan Klebold, one of the Columbine High School shooters. She is now a mental health advocate. (Photo by Anna Brewer/PublicSource)

Her son was one of the two gunmen responsible for the Columbine High School massacre. Twenty years later, Sue Klebold still carries the guilt with her every day.

On April 20, 1999, Dylan Klebold, who was 17 at the time, and his friend Eric Harris murdered 13 people and wounded more than 20 others before taking their own lives.

Klebold blames herself for failing to put together signs that Dylan needed help and for explaining away those signs as part of the adolescent phase. During her talk at Penn State Greater Allegheny in McKeesport on Oct. 2, Klebold urged parents to listen to their children, not to give in to the urge of prescribing solutions and to seek frank conversations.

“I believe that tragedies such as the Columbine shooting are preventable. My own son’s death was a suicide. A lot of people don’t perceive it that way because he killed and hurt others before his death,” she said. “I want to make sure that these things don’t happen, that we don’t let our loved ones or ourselves get to the point of no return, when we are in stage 4 of the mental health crisis and it’s too late…” After the shooting at Columbine, she said she became aware that officials found her son’s notes in which he shared suicidal thoughts.

Klebold emphasized how important it is to avoid oversimplification when it comes to such issues as explaining mass shootings with mental illness as a reason or considering the roles that anger, toxic masculinity and white supremacy play in such tragedies.

Klebold’s talk took place a few weeks prior to the one-year anniversary of the massacre that killed 11 people and injured seven others at the Tree of Life synagogue in Squirrel Hill. Klebold said in times like this it’s important to do things that bring community together and allow space to process and talk about what happened.

“It is important after such events to do things that are nurturing and protecting … lots of self-care, professional help, things that allow for people who have been touched by this personally to process what has happened to them, to talk about it,” she said.

PublicSource sat down with Klebold to talk about her work on suicide prevention and mental health, her thoughts on inequities that exist in access to mental health services, active shooter trainings in schools, gun control and other topics.

On healing after trauma

Klebold’s talk in McKeesport was sponsored by the Staunton Farm Foundation*. Klebold said she is donating all profits from her book, “A Mother’s Reckoning: Living in the Aftermath of Tragedy,” to organizations that promote mental wellness, brain research and suicide prevention.

Mila Sanina is the executive director of PublicSource. She can be reached at mila@publicsource.org.

Videos by Anna Brewer for PublicSource.