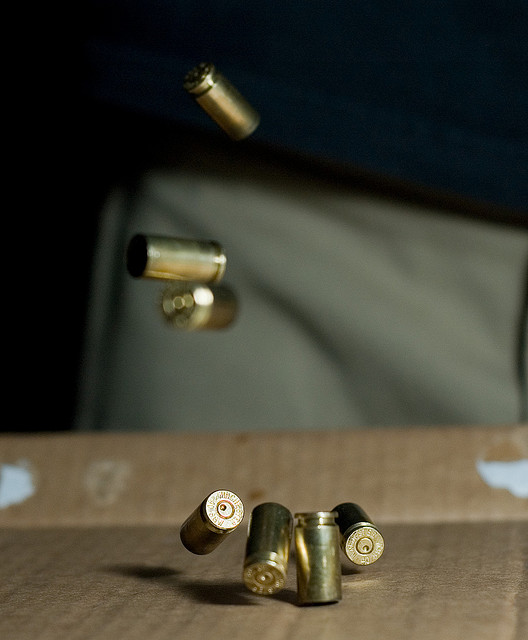 A mass shooting is defined as four or more people wounded or killed from gun violence, and this year’s records show a mass shooting occurs in the United States every day, on average.

Since January, there have been at least 354 shootings in roughly 220 cities, according to shootingtracker.com, which tracks death by guns in the country.

According to a report by the New York Times, there have been 462 deaths from mass shootings in 2015.

This number included the worst, and most recent, mass shooting of the year in San Bernardino, Calif., where a couple killed at least 14 people at an employee holiday party. This was the deadliest in the United States since the Sandy Hook elementary school massacre in December 2012.

In November, six people were killed, five of them shot to death at a campsite in East Texas; 17 were wounded in a shootout as a crowd watched the filming of a music video in New Orleans; and four died, including twin 5-month-olds, in an episode of domestic violence in Jacksonville, Fla. So far this week, five people were wounded Sunday morning in a shooting in Kankakee, Ill., and a shooting Wednesday, before the San Bernardino attack, left one woman dead and three men wounded in Savannah, Ga.

Ted Alcorn, research director for Everytown for Gun Safety, said that mass shootings were only a portion of gun violence in America. He told the Times it was likely that 88 other people died from gun violence in the country on the day of the tragedy in California.

Alcorn’s nonprofit organization that advocates gun control conducted a study of mass shootings from 2009 to mid-2015 and discovered patterns of the gunmen and victims.

In only 11 percent of cases did medical, school or legal authorities note signs of mental illness in the gunmen before the attack, the organization said. Domestic violence figured strongly: In 57 percent of the cases, the victims included a current or former intimate partner or family member of the attacker. Half of all victims were women.

The study also found that 28 percent of the mass shootings this year occurred in a public space, while the remaining two-thirds took place in private residences.