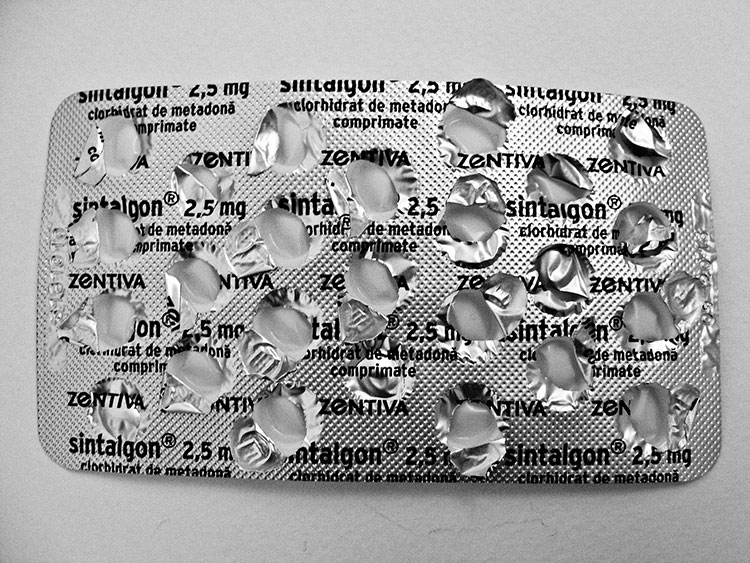 For heroin addicts, methadone clinics offer both treatment and a kind of “opiate purgatory,” an issue explored in a story in the Wilmington News Journal.

Methadone, a synthetic opioid, is used to decrease an addict’s dependence on heroin. But methadone treatment isn’t always about helping an addict recover so much as it is about getting off heroin and stopping criminal behavior.

As the story says:

"This heroin epidemic is no joke," Delaware Addictions Coalition Executive Director Joseph Connor said. "All of it isn't necessarily about recovery of addicts. Part of it is protecting the public from the rampaging behavior of the addict who is out there stealing. One of the ways to do that is to get them on a methadone-maintenance program."

Clinics that partner with the state operate under a philosophy of "meeting the addicts where they're at" when it comes to offering treatment they're willing to accept. The problem with that approach, critics say, is that many addicts are in a living hell, not exactly a therapeutic place for treatment.

While methadone can help an addict stop using heroin, the addict might simply be switching one opioid for another. According to the News Journal, some addicts might use methadone for years or even decades.

Some critics consider Delaware’s use of methadone a “mass drugging” of addicts without enough effort to help addicts change their lives and stay clean of all drugs.

From a crime fighting perspective, methadone treatment makes some sense. Addicts are no longer out on the street looking for a fix from drug dealers. Instead, they go to a clinic. With methadone available to them, they don’t have to steal to get money for heroin.

For their own safety, they also avoid dangerous drug markets and won’t be sharing needles that might spread HIV.

But methadone itself can be dangerous.

In Pennsylvania, concern over methadone overdoses led to the creation of a Methadone Death and Incident Review Team after a signature from Gov. Tom Corbett in October 2012.

Gary Tennis, secretary of Pennsylvania’s Department of Drug and Alcohol Programs, said that while methadone plays a significant role in the state’s opioid treatment systems, he’s also heard of “broad public concern” about deaths linked to methadone, which can also be used as a painkiller.

Nationally, roughly 5,000 people die each year from overdoses related to methadone, according to the Centers for Disease Control and Prevention.

Treatment experts say methadone can be effective when used for a short period, but addicts might be given the drug by clinics not concerned with helping weaning them off.

The News Journal reports on a 60-year-old man who has been clean for 10 years. But he used methadone intermittently from 1970 to 2000. He was a client of clinics in Delaware and Pennsylvania and used methadone as directed. Over that period, he was stable enough to be trained and to work as an electrician.

That wouldn’t have been possible without methadone. But while he wasn’t using heroin, he still wasn’t really clean.

[H]e said he soon figured out that the people at the clinic wanted him to stay on the drug longer, because they viewed him as a success story, which he said is unhealthy.

"When I used it the way it was supposed to be used, I got stable," he said. "The problem is, they want to keep you on it forever."

Heroin use has been on the rise since law enforcement began cracking down on the use of prescription painkillers. When opioids like Oxycontin became harder to find, users switched to heroin – which is both cheaper and plentiful.

In the first half of 2014, Pennsylvania State Police seized 41 kilos of heroin, up from 31.5 kilos last year, according to numbers released last week.