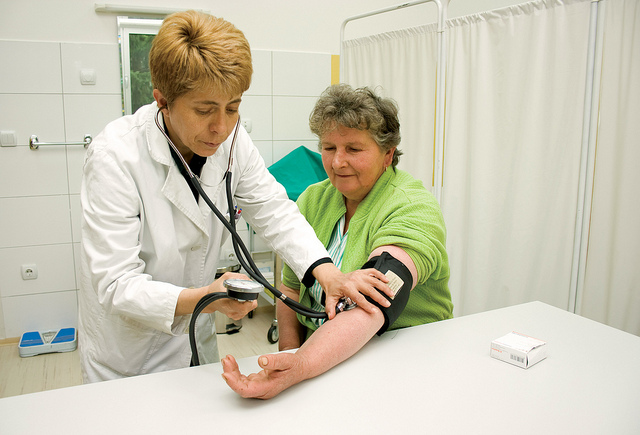 Most everyone avoids discussions about dying with friends, relatives and even doctors, but with recent media coverage of right-to-die legislation, the popular book and PBS special “Being Mortal” and advocacy efforts, end-of-life planning has entered the public consciousness.

Now, The New York Times reports that Medicare is considering reimbursing doctors for helping patients plan for the end. This decision could have an impact on more people than the 55 million seniors and people with disabilities insured by the federal health program.

The public can comment on the proposed plan to pay doctors for end-of-life counseling until Sept. 8. Instructions on how to submit comments are posted here.

The final rule is slated to be issued by Nov. 1. It is expected to be approved and to take effect in January. The reimbursement rate and other details have not been decided yet.

The plan would allow qualified professionals like nurse practitioners and physician assistants, as well as doctors, to be reimbursed for face-to-face meetings with a patient and any relatives or caregivers the patient wants to include. Dr. [Patrick] Conway [the chief medical officer for the Centers for Medicare and Medicaid,] said the proposal did not limit the number of conversations reimbursed.

This kind of plan draws criticism and concern. When the Affordable Care Act was in its infancy, offering this service was equated to having death panels, essentially decisions to withhold expensive health care from people who are too sick for it to be cost-effective.

When the current plan was announced, The National Right to Life Committee said it would put pressure on people to waive treatment.

“We feel there is pervasive bias against treatment that is occurring in advance care planning that involves nudging individuals to reject lifesaving medical treatment,” [Burke Balch, the director of the committee’s Powell Center for Medical Ethics,] said.

Dr. Joseph Hinterberger, a family physician in rural New York, told the Times he has been providing end-of-life counseling at no cost for some time because he values putting those important decisions back in the hands of his patients.

“I think what it will mostly do is decrease confusion at the end of life,” he said. “It will potentially decrease unnecessary use of resources because it will be very clear what the patient did and did not want. And it should also make it easier for physicians and other caregivers to make decisions because they can say, ‘We all know what Mildred’s wishes were. We shall not tread upon them.’ ”