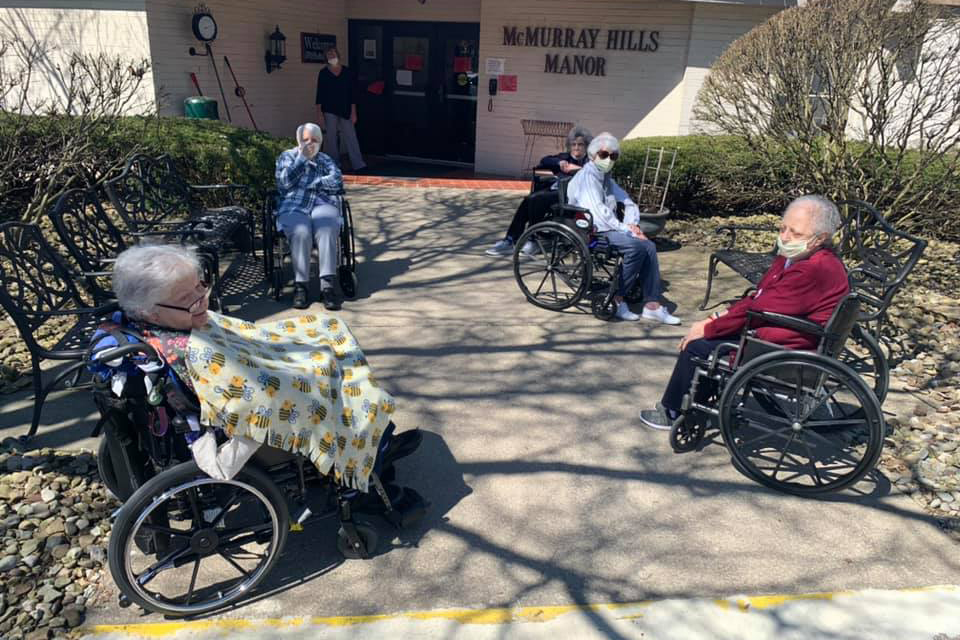 It was March when Kara Chipps watched in horror as TV networks covered a novel coronavirus that surfaced in a suburb east of Seattle at the Life Care Center of Kirkland.

Within five weeks of the first reported case in the United States, Washington state health officials were sounding the alarm about an outbreak. By early April, COVID-19 infected 129 residents, staff and visitors to the Kirkland nursing home and has been associated with at least 40 deaths.

“We were watching the news and basically seeing the numbers go up,” said Chipps, assistant director of nursing at McMurray Hills Manor in Washington County, Pa.

Because the average patient at McMurray is 84 years old, staff worried COVID could wreak havoc at the 115-bed nonprofit facility located 15 miles southwest of Pittsburgh.

With only 10 infections reported in Pennsylvania on March 9 and none yet in Washington or Allegheny counties, Magan Craig, McMurray's’ director of nursing, decided to limit the number of visitors to one or two at a time. And then on March 11, she shut down visitation altogether, two days before the Centers for Medicare and Medicaid Services [CMS] would implement a similar ban nationally.

Related story: Her sister was one of 73 COVID deaths at Brighton nursing home. A story of love and tragic loss.

Family members today credit the facility’s rapid response to keeping the pathogen at bay. The facility had not reported a COVID infection until the past two weeks, according to Pennsylvania Department of Health data. After the home's first positive case, staff retested the entire facility and found no additional cases, Craig said.

In the early days of the pandemic, when it was far from certain that the country’s anemic response would allow the virus to spread unabated, shutting down visitation was a bold move.

Brighton Rehabilitation and Wellness Center in Beaver County saw the state’s worst outbreak with 447 infections among staff and residents.

Health officials knew early in the pandemic that seniors were particularly vulnerable to the disease. But the explosive spread of the virus left healthcare providers unprepared and scrambling to treat patients pouring into hospitals while the contagion quietly advanced in the nation’s nursing homes.

Nationally, nursing home residents account for 27% of COVID-related deaths, according to an analysis of data released in May. But the percentage could be as high as 40%, analyses by several media outlets show, because CMS didn’t require facilities to report cases until April 19.

Pennsylvania Health Secretary Dr. Rachel Levine said during a press conference Tuesday that universal testing of staff and residents in the state’s 693 nursing homes revealed that some employees unwittingly exposed vulnerable residents to the deadly virus.

"It’s asymptomatic staff that bring it into the facility through no fault of their own," Levine said.

Many news reports have focused on the nursing homes that have been hit the worst. But what about nursing homes that avoided the crisis? What did they do right? For this article, PublicSource spoke with McMurray Hills Manor folks to identify some of the decisions and precautions they took.

‘The right thing to do’

Bonnie Stinson’s 91-year-old mother, who has dementia, has called the McMurray facility home for the past six years.

Stinson, a resident of Whitehall Borough, hasn’t seen her 91-year-old mother since Valentine’s Day. Between Stinson and her siblings, someone would normally visit their mom on a weekly basis. Unable to do that, Stinson said McMurray staff regularly sends photos and calls with frequent updates.

The home’s Facebook page is filled with candid and canned photos of nursing home residents with white board messages to family members, pictures of window visits that have become emblematic of the outbreak and themed dress-up days designed to break the monotony of the lockdown. 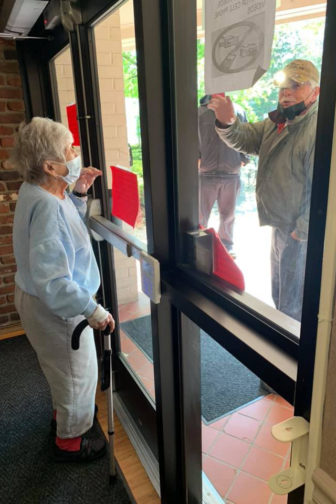 The premise for the visitor ban was that infections get into a facility from the outside. And, having seen COVID infections overwhelm other nursing homes, Stinson said restricting visitation probably saved lives.

“That must have been the right thing to do,” Stinson said.

Outbreaks in congregate settings have made nursing homes ground zero. While researchers have yet to fully explore what went so wrong in the nation’s long-term care facilities, clues can be gleaned from the nursing homes, like McMurray, that did not experience a rash of cases.

“It shows that the steps taken could do something about infection control,” said Sam Brooks, project manager for the National Consumer Voice for Quality Long-Term Care, a Washington D.C. advocacy organization.

Today, McMurray has a stockpile of personal protective equipment [PPE]. That wasn’t the case four months ago.

Community groups – Operation Face Mask, Washington County among them – donated more than 400 handmade masks that helped the McMurray home weather the early part of the crisis when the national media was reporting medical personnel wearing bandanas and trash bags because PPEs were so scarce.

“It’s hard to prepare for something we don’t know a whole lot about,” Craig said. “We’re nervous every day about something happening.”

That anxiety prompted early intervention such as limiting visitation, rigorous disinfection protocols and frequent staff education on the choices they make outside of work.

McMurray also likely benefited from a workforce not dependent on temporary or contract workers. 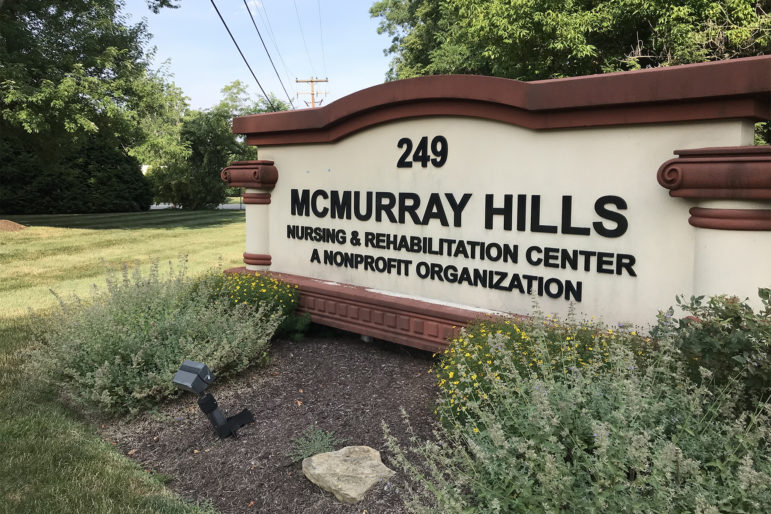 McMurray Hills Manor has avoided a surge in coronavirus cases, despite high concentrations in some nursing homes across the country. (Photo by Nicole C. Brambila)

“During the pandemic, this was the problem where you had these outbreaks,” Harrington said.

The problem, though, was twofold.

Infected staff who knew they were positive would have to quarantine for two weeks, meaning fewer hands to provide direct care. And asymptomatic staff, unaware they were infected, would spread the disease.

“I’m not willing to give people a free pass, when we saw what happened in the state of Washington,” said David Hoffman, a former assistant U.S. attorney in the Eastern District of Pennsylvania and an early leader in using federal false claims litigation against nursing homes. “It would be very naïve to believe that this was not going to hit the nursing home population.

Under normal circumstances, juggling open shifts and vacations for the 140 staff on McMurray’s payroll can make for scheduling challenges. But the pandemic provided an unexpected silver lining: McMurray staff became overly protective of residents.

“Our call-offs and attendance has been way better since this happened,” said Geramita, McMurray’s administrator.

“I think, for the staff,” she said, “the last thing they wanted was for people coming from out of state to take care of their residents.”