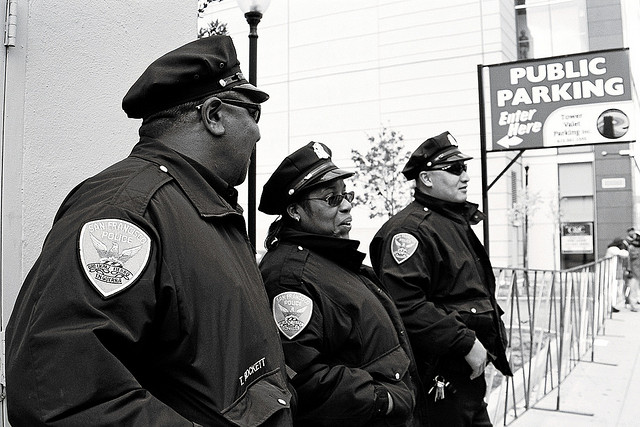 Female cops are statistically less likely to discharge their weapons and receive far less complaints than their fellow male officers. Studies have shown that they are better at communication and trust-building and employ those tactics more often than using physical force during an arrest.

Despite these qualities, an Al Jazeera America news analysis shows that women still make up only a small percentage of the police force.

Law enforcement continues to be considered one of the least diverse public sectors when it comes to gender, with women accounting for about 12 percent of sworn officers.

The Al Jazeera piece noted that in the 1990s, Pittsburgh set a national high for gender equality. Its success followed a 1975 settlement between the federal government and the Pittsburgh Bureau of Police that for every male officer recruited, a woman had to be hired. That arrangement shot female employment up to 27 percent — three times the national average then, according to the article.

But that number has since dropped to about 17 percent, proving that recruitment of women in the force today has become increasingly difficult.

It seems as though efforts have come to a halt. Consent decrees that order measures to increase diversity have been fading, allowing cities to fall into old habits. Even with recruitment, women still face gender issues while on duty.

The police and civil liberties reporter for Al Jazeera wrote:

Women haven’t found an easy place on U.S. police forces. Female cops face a number of challenges, including sexual harassment and bias from male officers. Meanwhile, barriers to promotion continue to keep qualified female candidates from ascending the ranks to leadership positions where they can effect change.

Female recruitment has also taken a backseat to efforts to increase racial diversity. In Pittsburgh, only 13 percent of the city police officers are black, according to the Pittsburgh City Paper.

The lack of diversity isn't just a problem of optics, say many activists and residents: It can lead to less effective policing, and produce mistrust like the kind that has been boiling over in days of protests over the fatal police shooting of Michael Brown in Ferguson, Mo.

Al Jazeera said that in the wake of numerous police brutality cases, “what we need now are more officers who are skilled in tactics that aren’t measured in an obstacle course.”